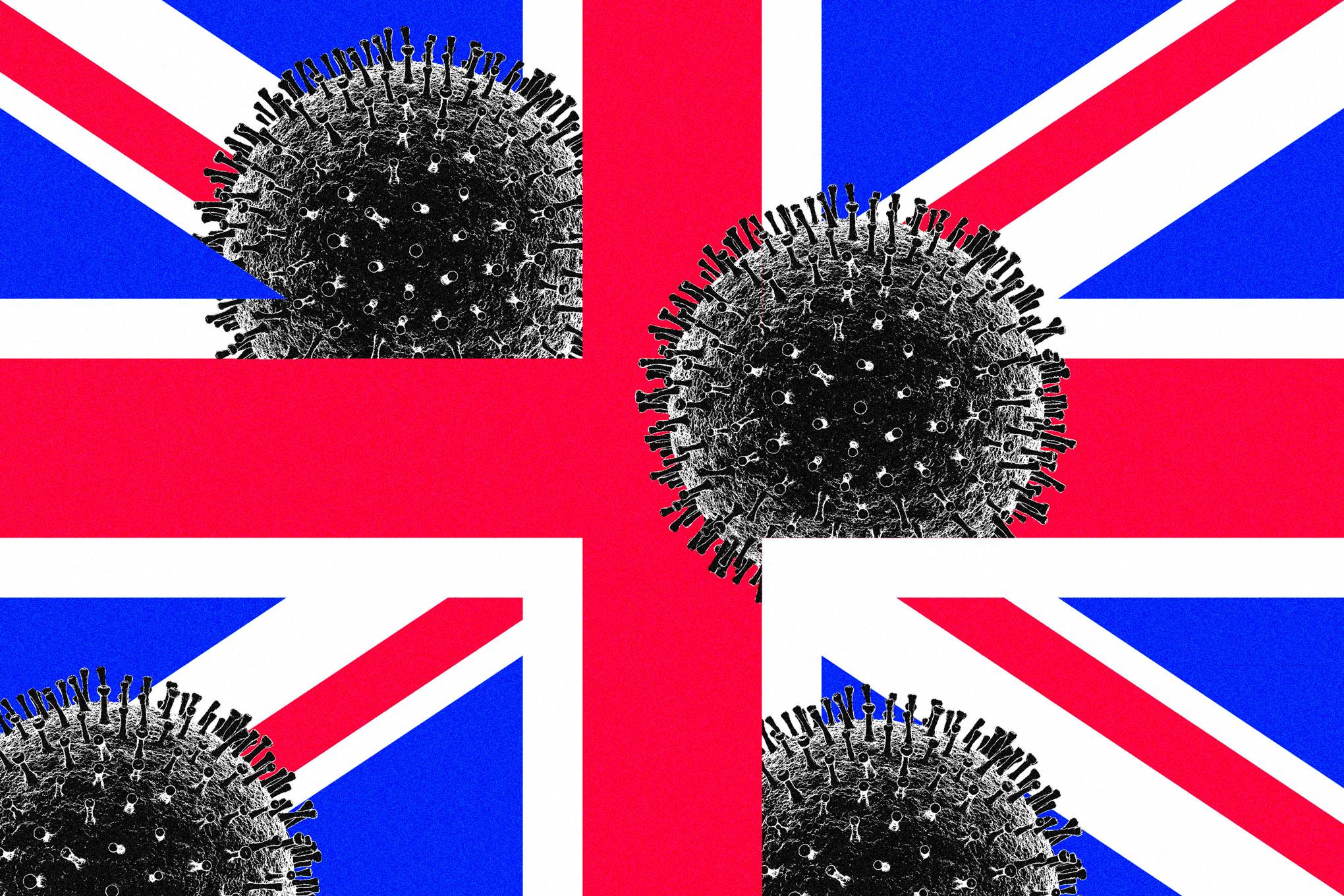 Covid infections are spreading like wildfire but in the United Kingdom, there's a new Covid strain growing - this is everything we know so far!

COVID-19 has waged a war against humanity, stopping the entire world in its tracks. Scientists, doctors, policymakers, and the public is doing everything they can to emerge victorious in this battle. What’s scary is that with every strike it makes, the virus is getting stronger and stronger, leaving all of us in a state of fear and uncertainty.

Check out the Pzifer's Covid-19 vaccine and what patients have experienced so far!

A new strain of coronavirus, known as the VUI – 202012/01, has been detected in the UK, and with it came harsher restrictions for the people to observe social distancing at Christmas. Some countries have also decided to put the UK on a travel ban.

Scientists in the country are currently researching if the new strain of the virus is causing it to spread faster. The Public Health England (PHE) has stated that a total of 1,108 new cases have emerged that have been caused by this new variant.

While much remains a mystery, here’s everything we know so far about the new strain of COVID in the UK. 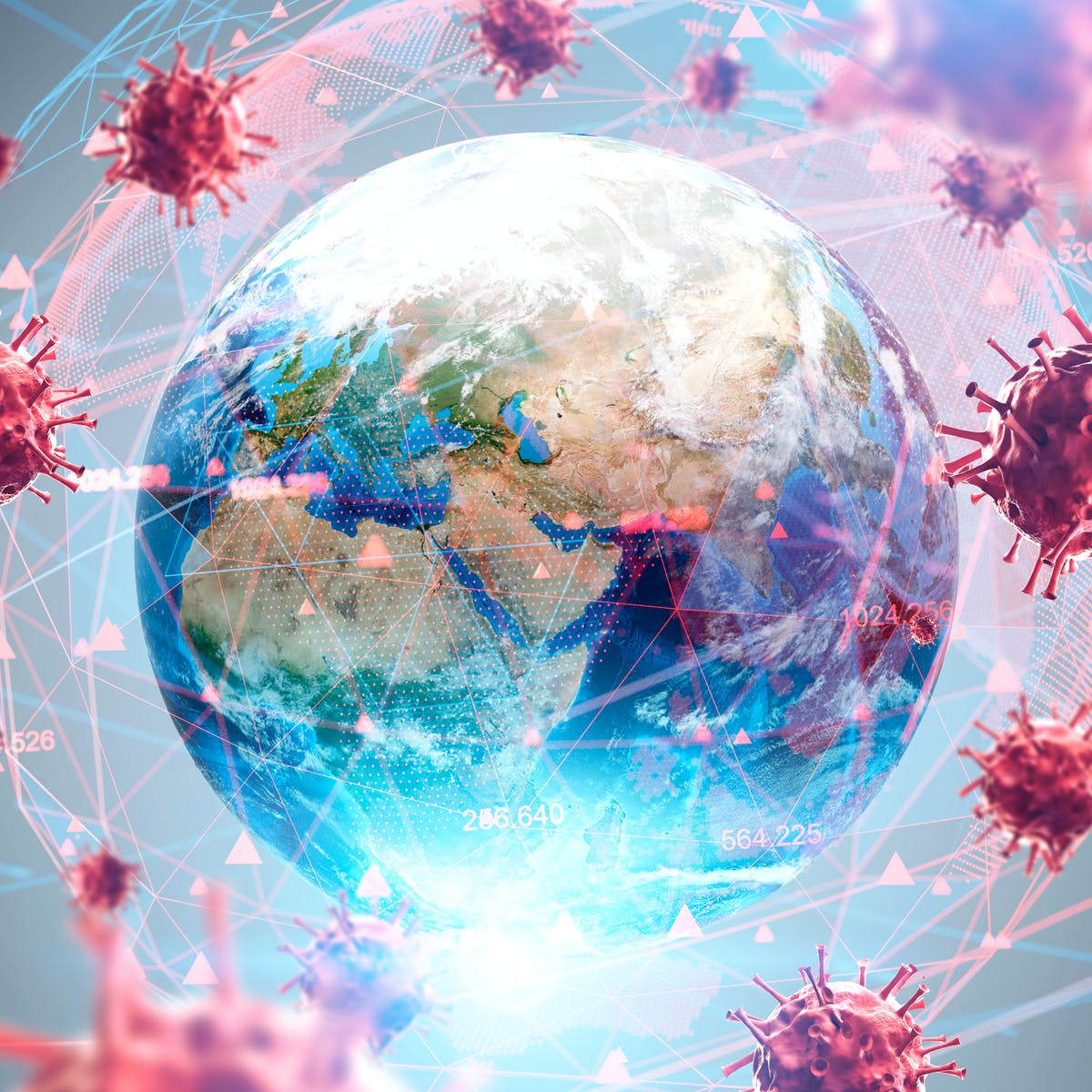 According to a report on BBC, 60 local authorities in the UK including the South and East of England have recorded several cases that have been caused by the new strain. While efforts are being made to determine if it’s contributing to increased transmission, scientists have confirmed that the strain has a large number of mutations. One of these called the N501Y is especially dangerous as it’s found in the Spike protein, which is the site where coronavirus gets attached to the host cells in the victim’s body. What’s the biggest cause of concern regarding this is that it’s rapidly replacing other versions of coronavirus.

It Has Happened Before 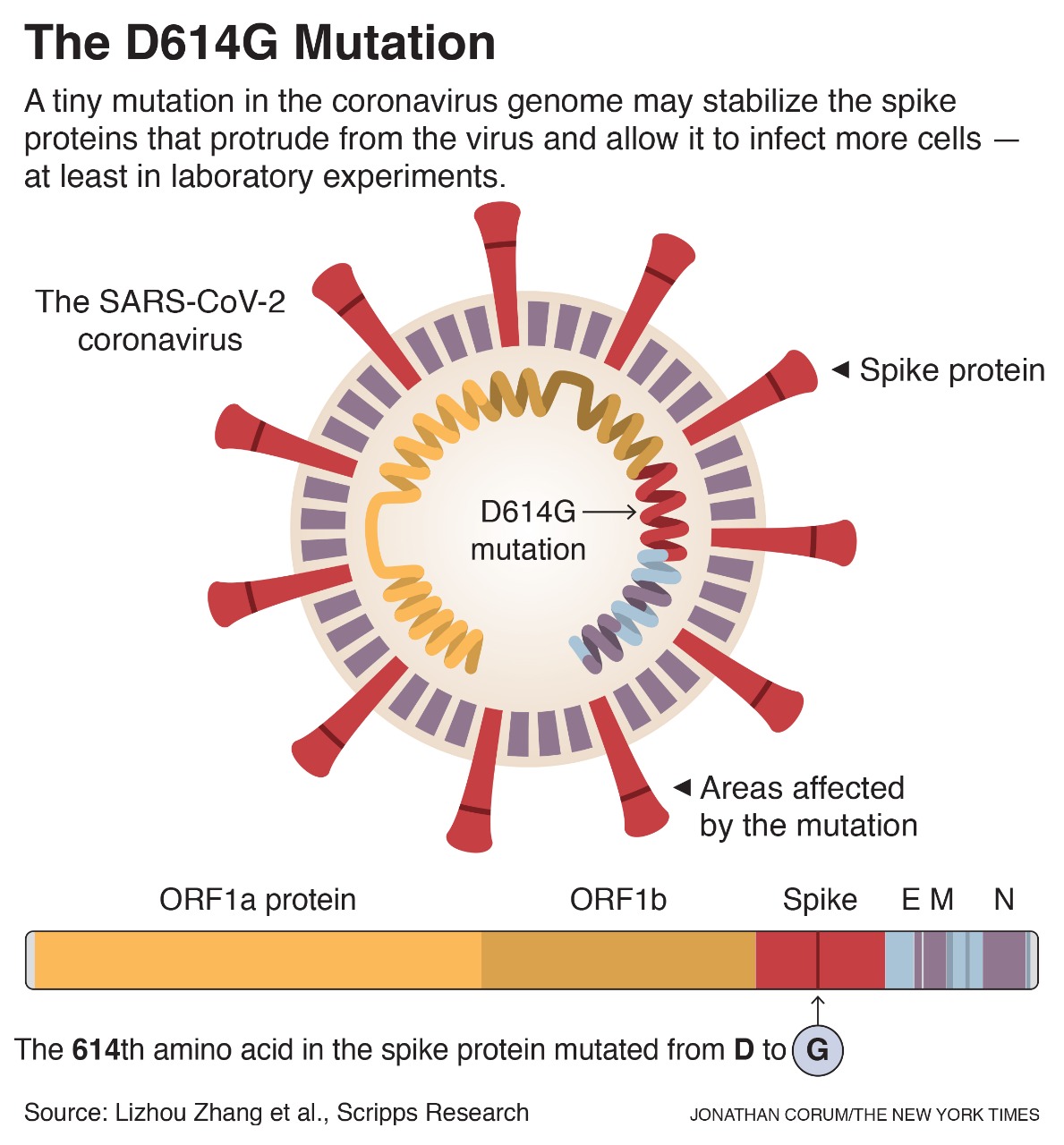 Viruses are constantly mutating which is why it’s extremely important to keep an eye on its changing behaviour. The virus that first emerged in Wuhan, China isn’t what’s detected in other parts of the world. According to BBC, the globally dominant form of the virus, which is D614G, was first seen in Europe in February. Moreover, another mutation, A222V, emerged in Spain and quickly spread across Europe.

Here's the US travel guide during Covid-19 and winters!

Where Did It Come From? 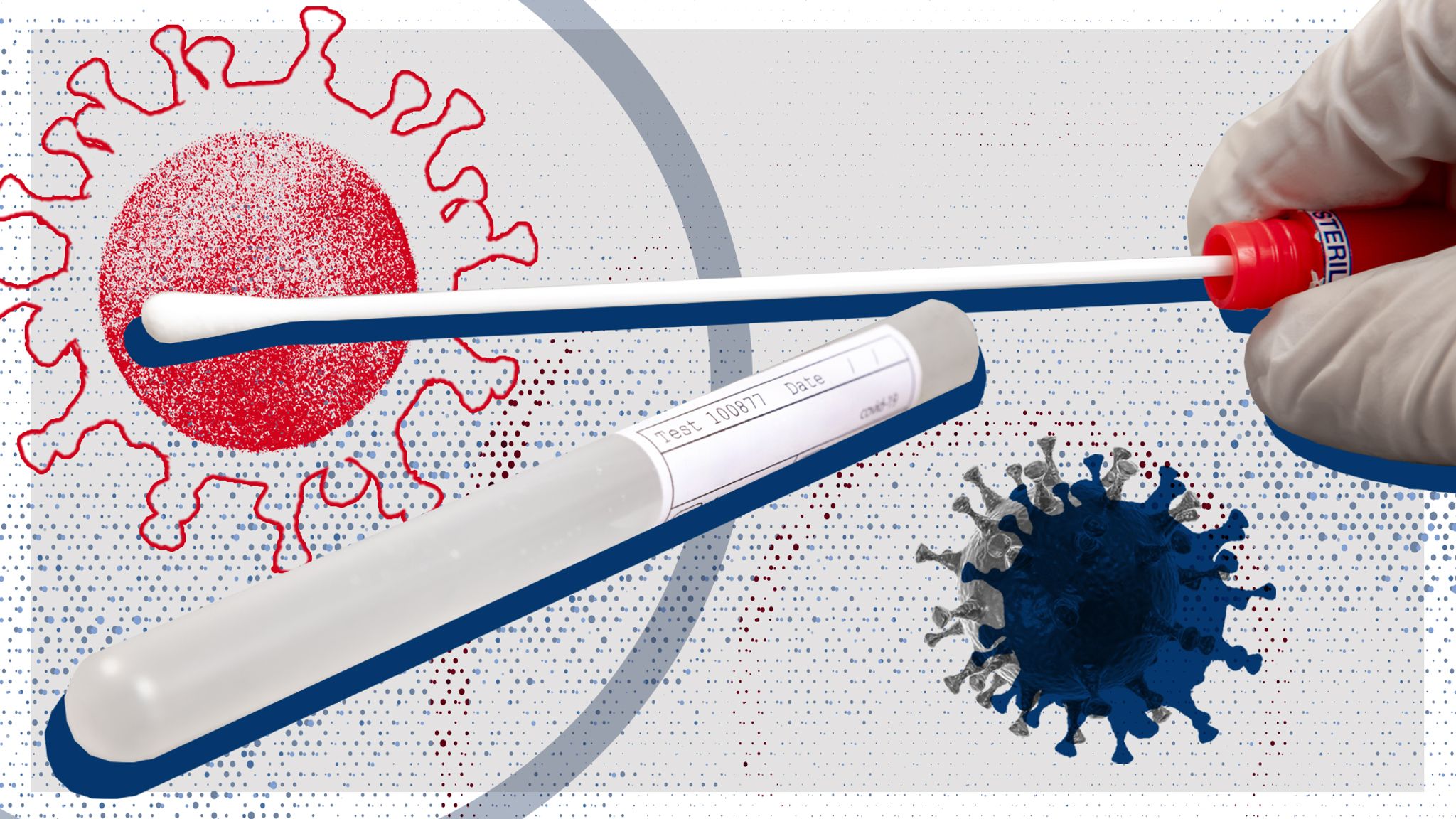 Scientists state that this new variant is highly and unusually mutated. Chances are that it emerged in a patient with an extremely weak immune system. The patient’s body became a breeding ground for the virus because of its inability to beat it.

There Are 17 Different Mutations

An analysis published by the UK scientists in December states that there are 17 different mutations of the new coronavirus strain or variant. These include changes in the Spike protein as mentioned above. The N501Y alters the ‘receptor-binding domain’ and makes it easier for the virus to get inside, giving it an edge, it didn’t have before. Moreover, another mutation called H69/V70 deletion has been detected which is responsible for increasing infectivity two-fold. In this mutation, a tiny part of the spike is removed, and it makes antibodies from COVID survivors less effective in combating the virus.

Does This Make COVID-19 More Deadly? 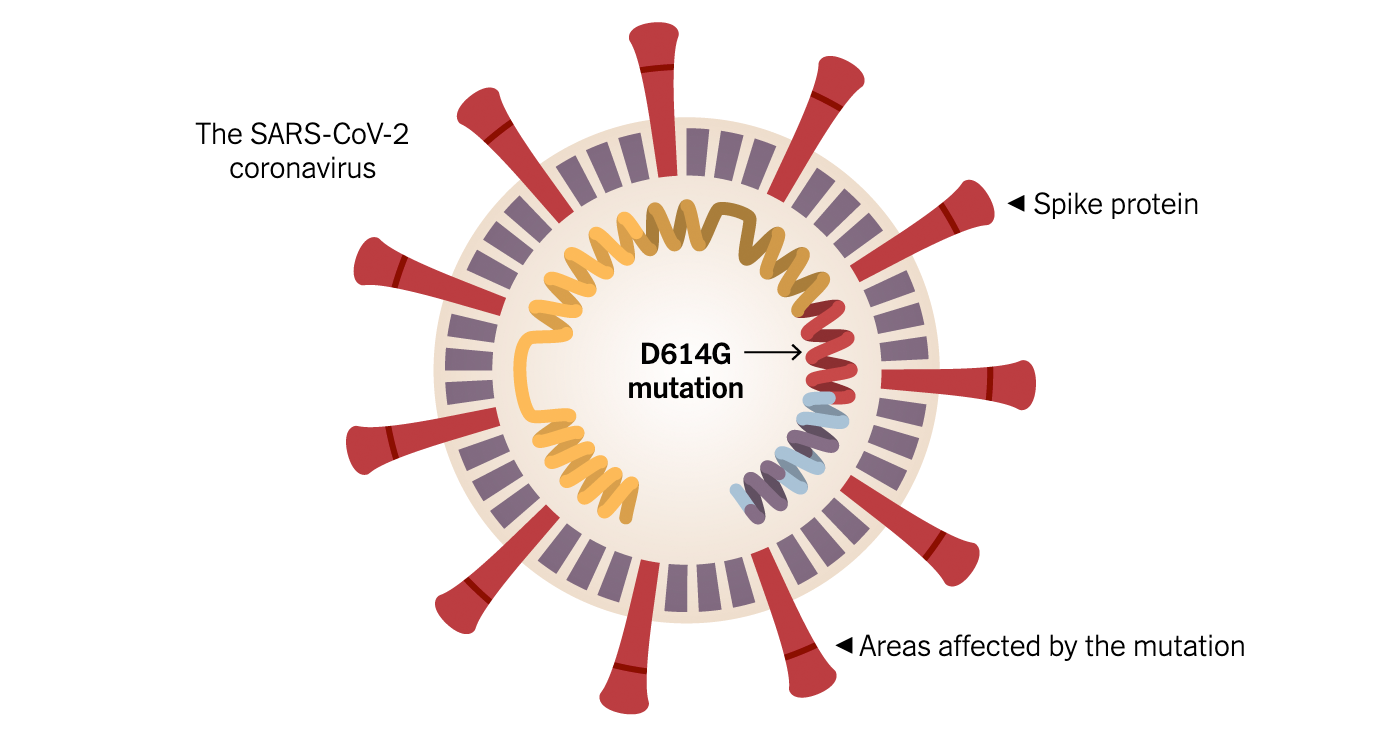 There is no concrete evidence to suggest that the new variant has made the virus more deadly. However, it’s the ability to spread faster is a cause of concern. When the virus will spread a high speed, it’ll infect more people. As a result, an increased number of patients will rush to hospitals and the death rate will also rise. In this sense, yes, the new variant can cause more deaths.

The Symptoms Are the Same

One of the most common questions asked about the new coronavirus strain is that if it causes any different symptoms. COVID-19 symptoms differ in every one. While some patients suffer from fever, cough and headaches, others might face breathing difficulty, diarrhoea and more. However, nothing indicates that the new variant leads to any new kinds of symptoms. The testing and clinical outcomes for these strains are also no the same as before.

As the new strain of COVID-19 is spreading faster, it’s important that we take proper measures to stop it. With Christmas and New Year’s coming up we need to make sure that we follow all the necessary SOPs and maintain social distancing. While it can be difficult to decide not to meet up with family and friends during the holidays, it’s what’s best for all of us right now. While the new strain of the coronavirus might have emerged in the UK, it’s quickly spreading to other countries as well, these include Denmark and Australia. It’s important to note that no one is safe from the virus, so whether you live in the US, or any other part of the world, celebrate the December holidays in a responsible manner.

The UK has urged its citizens to keep their Christmas festivities low key, this has caused a sort of political fallout in the country. Political rivals of the Prime Minister, Boris Johnson have accused him of breaking millions of hearts because of these restrictions.

There are three major vaccines for COVID-19, developed by companies that include Pfizer, Moderna and AstraZeneca. The question here is whether these vaccines work against the new strain of the virus or not and according to the BBC they do, at least for now. The function of the vaccines is to develop an immune response against the virus. It does that by attacking different parts of the virus including the spike. So even if the spike has been mutated, the vaccine should still be able to do that. The scientists are not sure if it’ll remain effective should the virus keeps mutating.

COVID-19 has changed the world in many aspects, to prevent it from altering our life more than it already has it’s important to stay diligent and keep our defences up against the virus. Coronavirus is getting stronger, so should our surveillance.