We saw that coming… 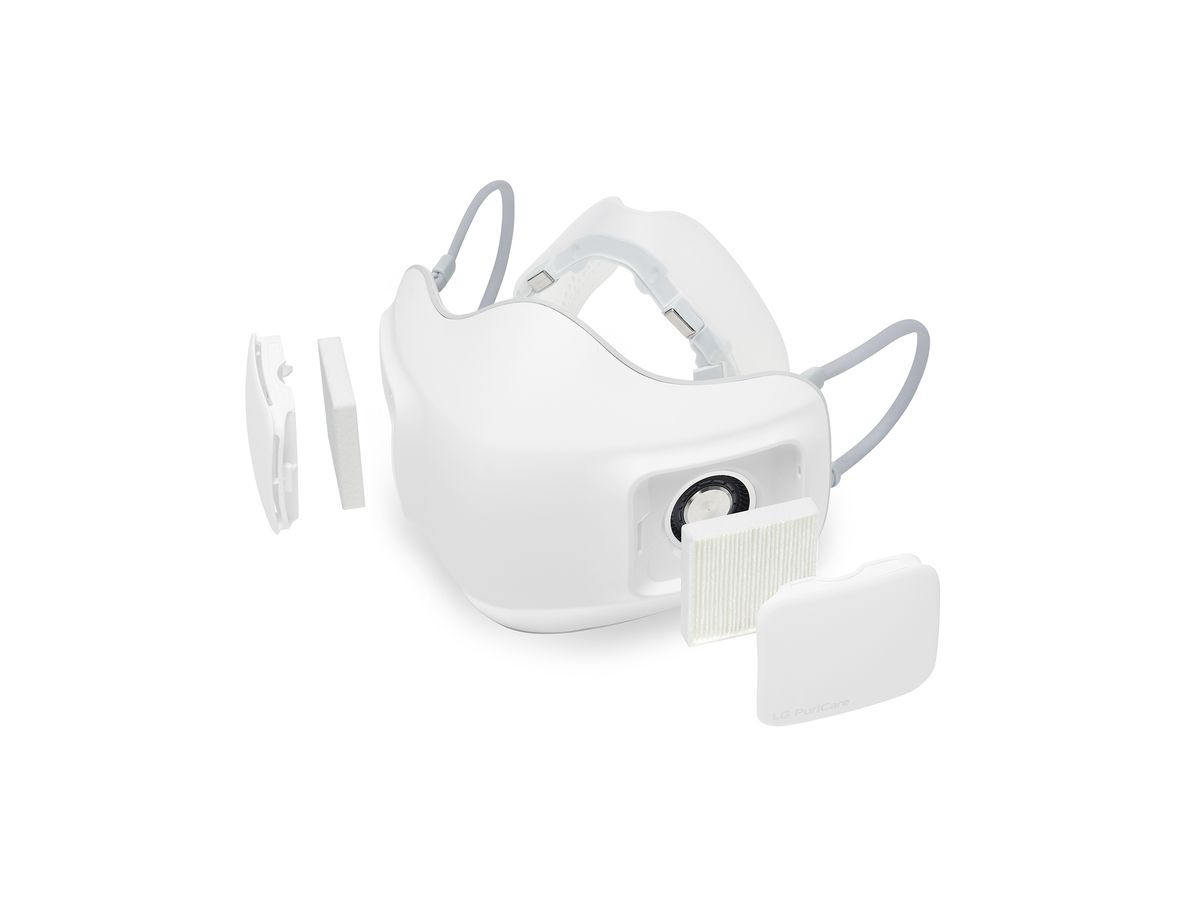 LG has confirmed that they are launching a portable air purifier which people can wear as a face mask. The PuriCare Wearable Air Purifier has a replaceable filters pair, connected with battery-powered fans that help in breathing.

The company says that the gadget has embedded sensors that can detect your breaths, and moderate the fan's speed accordingly.

Though LG didn't clearly mention the pandemic, it heavily indicates that the invention came in to tackle the current health situations. The company describes that the wearable air purifier mask can be worn in replace of the usual facemasks, including disposable ones that are curing running short in the market.

On the first announcement of the mask development in July, LG said that they plan to donate 2,000 of these devices to a university in Seoul, hoping that it would help medical workers "amid the protecting pandemic," They were positive that it would make it easier for medical workers to wear it for several hours at one time.

Most importantly, LG's press release about the launch of a device doesn't make any claims that it would halt the spread of coronavirus. It's also unclear whether it filters the air as one exhales out and inhales in.

Until now, LG refused to comment on the device's abilities, stating that it's still in the testing process and they will make all the details public when it's done.

However, the USA's Centers for Disease Control and Prevention suggests against the masks' use that has vents and exhalation valves to inhibit the coronavirus spread. Since this device does not filter out "infected droplets", there is a high risk that a wearer could infect those around.

LG's latest new mask device uses motorized fans that need to be powered to function. This PuriCare Air Purifier uses an 820mAh battery that offers up to eight powers of functionality.

Though, the company did not announce when exactly the device will be made public or how much will it cost, but highlights that it will be available later this year at only "selective markets."