You, the hit Netflix series has always been in the news. Fans commit that they would literally die for the psychopathic protagonist, Joe Goldberg. In fact, the last season was even more twisted because it introduced an equally mad (if not more) girlfriend in the picture.

With almost a year since the release of season 2, fans are demanding another one. And they’re terribly lucky because the streaming platform has already announced its plans for Season 3!

Now we don’t know everything about the upcoming season, but know enough to get you pumped up. So, following are 5 facts or more about the new season.

The writing for the next season began in March – the panel would conduct virtual sessions and discuss ideas. Initially, the plan was to start filming in the summer of 2020, but due to the pandemic, everything was put on a halt.

However, the production delay didn’t pause the writing process – in fact, in June, the writers of the series posted the images of their virtual meet ups.

According to The Sun, Daniel Richtman has revealed that the filming is supposed to begin sometime this month and would hopefully end by April 2021. We’re still awaiting official confirmation.

The renewal for season 3 of You was announced in January, and with that, the show runners also said that the new season would be released in 2021 (if everything goes according to the plan). The first season of You had aired on Lifetime on the 9th of Sept, 2018. The second season went directly on Netflix, and it was released on the 26th of December, 2019. 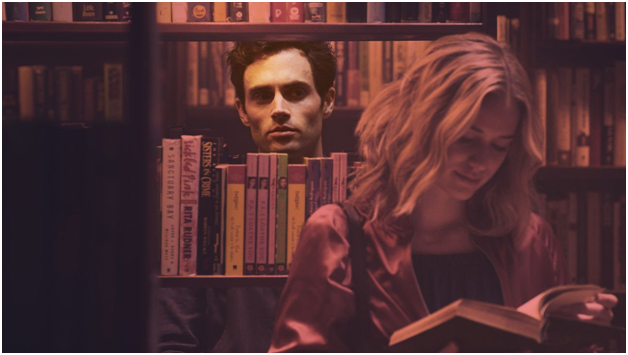 The upcoming season is expected to release between September and December of next year. Of course, it’s possible that the show could release before that too, as these are only speculations because an official date is yet to be announced.

If the next season follows the same pattern as the previous ones, it will carry on with ten episodes. And this is possibly the best news! Victoria Pedretti is coming back to play her character, Love. Remember her? Joe met her in the second season and they have a baby on the way. And if you remember clearly, he’s obviously not into someone with similar interests, fixations, and personality traits.

Recently, Victoria spoke to Collider about her character in the show and what she’s expecting from the next season.

She said that she just love the way the story is building up with Joe.

We think that the writers should try and play with their pathological habits and explore who the crazier one is in the relationship.

Now let’s get to the new cast members! Apparently, many new characters will be seen in the new season, like Shalia Grant, Travis Van Winkle, Tati Gabrielle, Dylan Arnold, Alana Hayes, and Scott Speedman. Sherry is probably going to be down to earth and sincere at first, but she’s a closeted mean girl ready to explode. 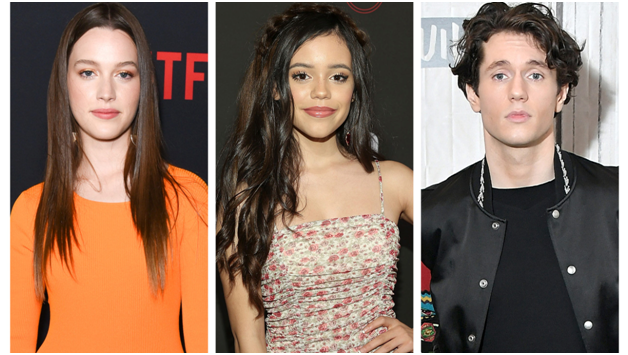 Winkle, on the hand, is expected to bring on his A-game and torture Joe in an explicitly unique way. Speedman is expected to play a character called Mathew, who’ll be wealthy and distant and he’ll challenge other characters.

Now you must know that You is based on books by Caroline Kepnes. In fact, the first season was faithful to the original text and had added only a few characters to add nuances and make it a bit more frivolous. The second season, however, enjoyed far more liberties with the storyline as well as the characters.

Next year, on 6th April 2021, the latest book in the series is expected to release, titled You Love Me. As per the synopsis, Joe will ditch Love and find himself a new love interest – pathetic! Her name is supposedly Mary Kay DiMarco.

But here’s the twist: he seems to be super bored with the running and is now actually looking forward to settling down and have a family of his own.

The book will expectedly publish after the production for season 3 ends. We believe that someone from the writing panel of the show has already read the book. Hence, they must have taken notes from the upcoming book. However, there are speculations that most of the writing will be different and they might choose to walk on a different path.

If you watched the last season carefully, you may remember that in the last scene, Joe was looking at another woman – a new neighbor perhaps? He seemed genuinely interested (obsessed) and we believe that she’ll play a major role in the new season. Some theorize that she’s his mother, but if you know him, you’d most likely adjourn to the romantic angle.

In a video chat, the showrunner Sera Gamble said that she’ll have a major role in the upcoming season and that she’s got a lot to offer. We certainly can’t wait to find out what her role will be!

Another query that fans of You are making is if any past character is set to return in the upcoming season. Well, the truth is that most of the characters Joe encounters either end up being dead or simply disappear and run for the hills.

But we have a feeling that Ellie’s work is not done yet. She’s not aware that Joe is behind the death of Delilah or whatever his involvement was. Jenna Ortega spoke to People Magazine about the possible return and she sounded hopeful.

She said that if she might come in the first few episodes as a new problem for Joe and just to disrupt her new life.

Anyway, we can’t wait for the new season with new actors, can you?