All the avid viewers of 'The Bachelor' probably jumped up in their seats when they got the Good Morning America (GMA) news that Matt James would be the Bachelor for season 25.

The 28-year-old newest Bachelor appeared on the show on Friday and shared that he's honored to be part of the show.

Besides the fact that he's gorgeous, you might not know much about Matt James, we're here to change that right away.

Also, here why Michael B. Jordan is wrongly named the sexiest person!

Here are 5 fast facts or 5 things you need to know about this season's Bachelor. 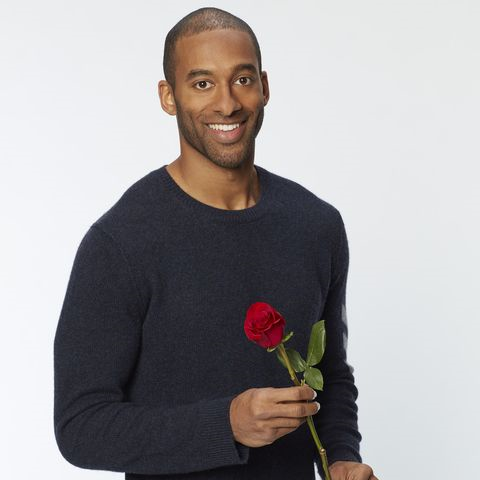 Never in the history of the show has there been a Black bachelor. 2021 will change that, as Matt will be the first Black Bachelor to appear on the franchise.

Answering a question related to this, he said on GMA, "In my opinion, I don't think it's ever the wrong time to do the right thing. Too little too late for me is this happening and we can't have changed until we put that first foot forward and the first foot forward for 'The Bachelor' franchise is having a black lead, so I'm excited to take on that role."

Matt also revealed that he hopes that the cast of women is diverse, and he looks forward to meeting different types of women coming out of the limo.

The important characteristics he's looking for in his partner are honesty, selflessness, compassion, and care. "These qualities are found in women of all shapes, sizes, and races. It's not a black or white thing," said Matt on the morning show.

The issue of representation has always been one of the topics of debate regarding the franchise. The president of ABC Entertainment stated on Friday, in which he said, "We know we have a responsibility to make sure the love stories we're seeing onscreen are representative of the world we live in and we are proudly in service to our audience.

We will continue to take action with regard to diversity issues on this franchise. We feel so privileged to have Matt as our first black Bachelor, and we cannot wait to embark on this journey with him."

He
He was to Appear on Clare Crawley's season 'The Bachelorette"

It seems like it was in Matt's destiny to appear on the Bachelor sooner or later. Before he was cast on this show, he was also confirmed to participate in Clare Crawley's season of "The Bachelorette."

The show was scheduled to start shooting in March but it was postponed because of the COVID-19 pandemic. In his GMA interview, Matt said that he looks forward to meeting Clare eventually.

Rob Mills, who is the senior vice president of Alternative Series, Specials, and Late-Night

Programming at ABC Entertainment said Matt has been on the producer's list for quite some time.

"He would have been on Clare's season if it started in March. When we realized the shutdown was going to extend through the summer, we started thinking about how we were going to choose our Bachelor," he said.

You might remember the time when Cameron and Brown were quarantining in Florida with a few other friends. They made TikTok videos that started rumors that the two might be dating. During that time, Matt was there with them. Yep!

This is why he's a familiar face to anyone who watches The Bachelor and The Bachelorette.

You'll be surprised to hear that Matt and Cameron go way back. They played football at Wake Forest University and now, they live together in New York City. In his interview with GMA, Matt paid homage to Cameron by donning on his famous 'Salmon Blazer'.

Yes, the same blazer that became a star of its own on Hannah Brown's season of 'The Bachelorette.' We admire their friendship so much; they even have their own ship name #Myler. After all, how can you not build a strong bond with someone with who you've run the Chicago Marathon?

In college, Matt played football as a wide receiver. After college, he became a big giver. Matt founded ABC Food Tours which is an organization dedicated to working with children that belong to underserved communities. They take children to different restaurants around the city and have them try new foods.

In 2019, Matt spoke about how he loves working with the kids. "They’re at an age where they’re super impressionable. No one is born racist or rude. These are all traits that are acquired through influence and experience.

If you can positively influence these students at this age, you can potentially change the course of their lives,” he said.

If you scroll through Matt’s Instagram, you’ll see that it’s full of quotes from the Bible. You can tell that these verses are significant to him. Moreover, Matt also participates in protests and demonstrations for causes he believes in. He posted a picture of himself and Cameron, on

Instagram on June 8th, from a protest over George Floyd's killing.

the photo, Matt is holding a sign that says “I can’t breathe.” This sets him apart from the many leads of the show, who remain apolitical.

So, will you accept Matt James rose?

With this information, you’ll have a much better viewing experience than if you had watched the show without having any clue about who Matt was. And on that note, happy ‘Bachelors!’

Did you have fun reading this blog? If you want to read similar pieces, like our page on Facebook and get notified every time we upload something new related to Bachelor Nation.