The little angel has finally arrived in this world. And needless to say, the parents, Gigi Hadid and Zayn Malik are over the moon for the birth of their first child.

A newly become father and popular singer, Zayn Malik announced the news on Twitter on Wednesday night, sharing a photo of his daughter’s hand in his.

“Our baby girl is here, healthy and beautiful,” the singer tweeted with an adorable photo. “To try to put into words what I am feeling right now would be an impossible task. The love I feel for this tiny human is beyond my understanding. Grateful to know her, proud to call her mine, and thankful for the life we will have together x.” 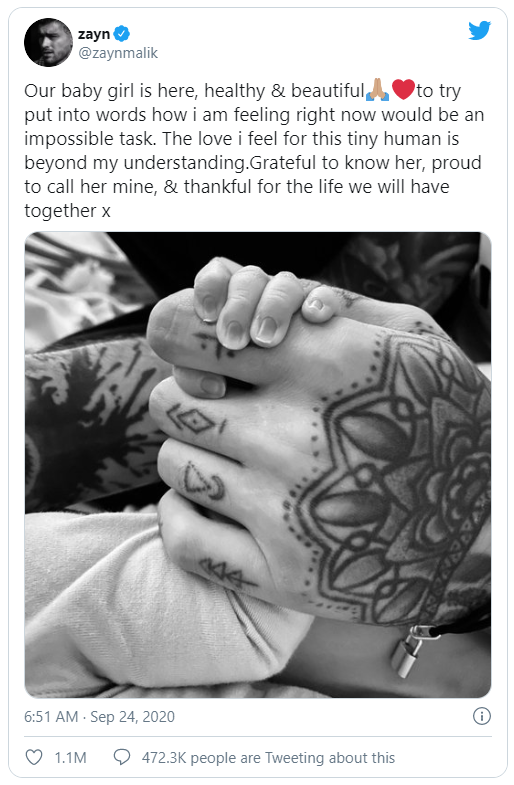 Hadid also expressed her delight and announced the birth of her baby girl on Instagram: “Our girl joined us earth-side this weekend and she’s already changed our world. So in love.” 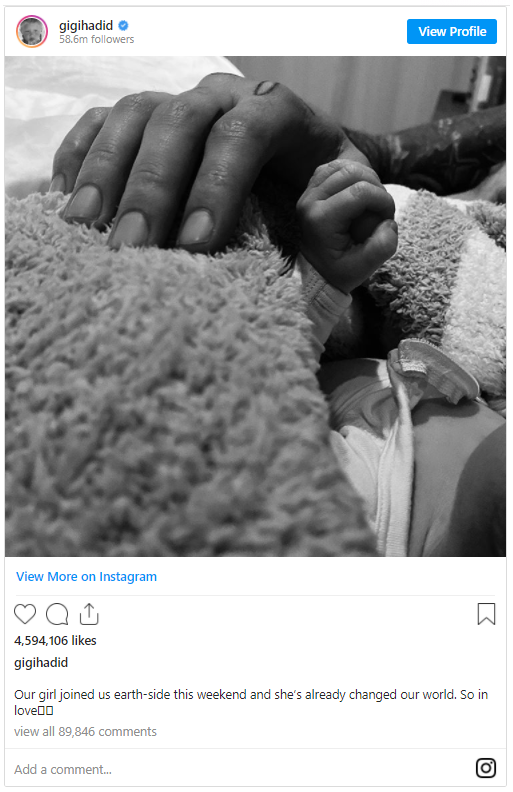 The couple, for the most part of their pregnancy, remained private about it. It was just days ago when Hadid’s father accidentally revealed the news of her daughter’s delivery, then Zayn confirmed the news on Twitter.

The news of the couple's pregnancy first broke in April; it was actually her mom, Yolanda Hadid, who confirmed it. “Of Course, we are so excited,” she said.

The couple’s fans were excited and were anticipating the news. Hadid confirmed on Twitter on 12 September that her daughter was late, responding to an image a fan shared from The Princess Diaries where Queen Clarisse says, “A queen is never late. Everyone else is simply early.”

The name of the child hasn’t been announced yet but the official parents, and we can’t wait to hear it once it's decided!

Congratulations to the couple.