What happens when you get trapped in a house with a murderer and a dead body in the basement?  You get terrified?

Well, that’s exactly what the characters in Irul were feeling when the movie dropped on Netflix today!

Irul, the Malayam-language movie, follows a writer, Alex and his girlfriend, Archana, who drive away to take a weekend off with no cell phones. And that’s when they stumble upon another character who changes their life course (pun intended!).

It’s a kind of movie that will hopefully convince couples to stay home and not to head outside during the pandemic. Or perhaps, it warns us not to date any writers! (with no offense, of course).

The streaming-giant has been teasing this movie for a while with a premise that says, “A dark raining night, an empty house, a stranded couple and unknown man. A sleek game of the cat and the mouse starts playing on, as the three of them find a dead body in the basement.”

According to the movie trailer, this movie looks like a classic case of whodunit but in a twisted manner!

And you know what? The movie is already streaming on Netflix. Having dropped on the platform on 2nd April, the movie has been receiving favorable reviews from critics, with stars’ performances and direction being the highlight.

Are you still confused whether or not it is going to be a worthy watch?

Well, we understand your concerns as it takes a lot of courage for viewers to actually venture into international territories and find something worth your time. But you don’t need to do any digging on your own when you have got us!

Here are five shocking facts that you need to know to decide whether or not this movie should be on your weekend’s watch list. Scroll down to check teh trailer of Irul on Netflix along with Irul movie review and five reasons to watch this movie, starring Fahadh Faasil among irul movie cast members.

The movie features only three characters

The movie stars Soubhin Sahir as Alex, Darshana Rajendran as Archana, and Fahadh Faasil as a stranger who they meet at a mysterious house. Oh, actually four!

There’s an unknown dead body in the basement, too (if you count it as a character). We don’t know who that character is until the movie’s climax, though, and that’s what makes this movie even more thrilling.

The movie has plenty of jump-scares, frustrated outbursts, shadow play, sinister music, and an evil central character – what more do you want on a freaky Friday night? 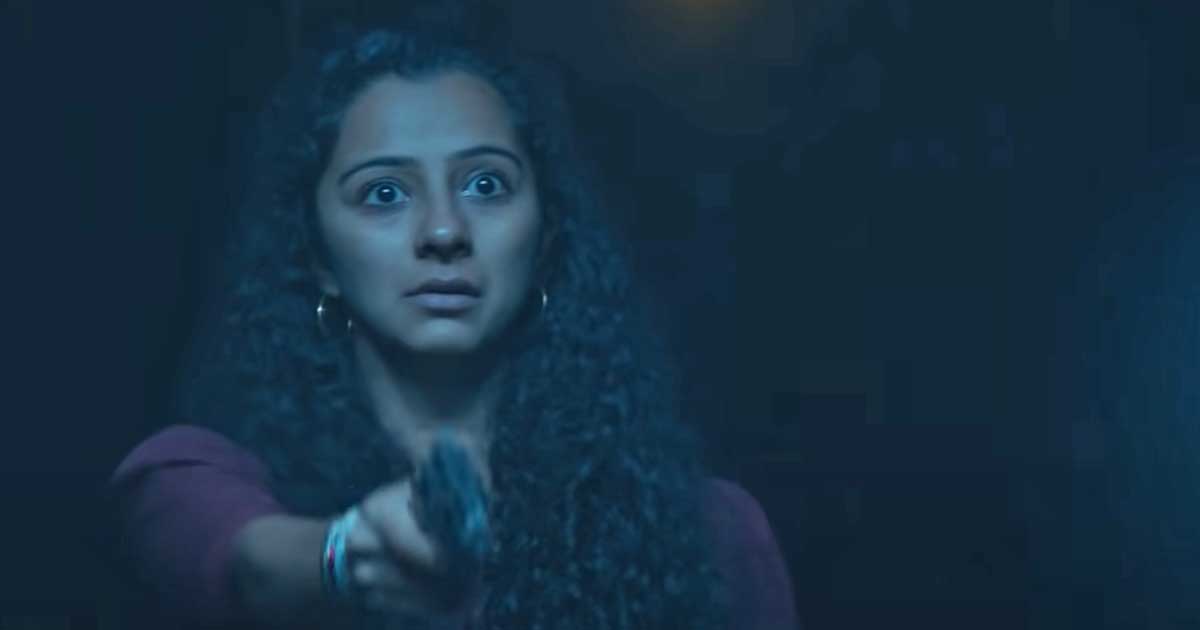 Netflix’s latest Tamil movie follows Archana, who is a lawyer, and her writer boyfriend, Alex. They drive away at a mysterious house to spend the weekend. Just because Archana’s work demands her to be constantly on call, Alex ensures that they don’t bring their cellphones along (of course, a quick dial to 911 would make it

difficult for Sunil Yadav-scripted thriller to come into play.)

Anyway, it’s pouring heavily and their car breaks down in the middle of nowhere. Archana and Alex seek refuge in the nearest house to spend the night, and that’s when the third character comes into action. There, they meet a mysterious house-owner who calls himself Unni. His house has all the signs of what a classic crime scene of Hitchcock movie would like: candles, a painting of a dead woman, shadows and stacked wood bookshelves.

Alex is a newbie writer who has recently published his first novel called Irul, which is based on a real-life serial killer who killed at least five women. But Unni argues that it was six! Unni was one of the few people who has read Alex’s book. And apparently, he doesn’t like the novel at all.

He believes that the book is highly fictitious and imaginative, consisting of no actual facts. His mysterious knowledge about the killer leads Alex towards speculating that he might be the subject of his book! He begins to think about what drives Unni to kill only women.

Irul is filled with a lot of unexplained coincidences, confusions, and a dead bodies pile up, all in 90-minutes that too with only a three-member cast. What makes things interesting and thrilling is the extra-ordinary performances and some badass filmmaking. If nothing else, Irul is definitely going to keep you at the edge of your seat throughout.

Cast members drop riddles on their social media accounts for viewers to catch! To make things more confusing yet entertaining, the trio have shared riddles related to the movie on their social media accounts. Have you checked them out yet? If not, consider heading to their accounts now!

The movie has some stellar visuals! Directed by Naseef Yusuf Izuddin and produced by Shameer Muhammed, the movie is shot beautifully across the landscapes of Kerala. Its art direction is nothing short of Hollywood-like; as we have mentioned earlier, it looks like a classic Hitchcock movie set!

In addition to this, the movie has some creepy yet amazing sound effects that lead the story on artistically.

And, just by the way, this movie is Naseef’s directorial debut and the lad has nailed it!

Irul is Fahadh’s second movie to be shot during pandemic

Earlier, Fahadh appeared in C U Soon – a movie that has been entirely shot on an iPhone – released last year. Irul was produced in a 30-day schedule in a single home, located in Kuttikanam in Idukki. The crew and cast members were strictly adhering to covid-19 protocols while filming it.

We hope this is enough to convince you into streaming Irul this weekend! Once done watching, don’t forget to share your reviews with us on our Facebook page.