Kris Jenner Exposed Why, The Kardashians, Are Ending Their TV Show

It's been almost a decade and a half since we are 'Keeping Up With the Kardashians', and some of us have had enough of it!

Now, the TV show is finally ending in 2021 with season 20, as lead Kim Kardashian recently announced in a lengthy Instagram emotional post with a throwback pic. 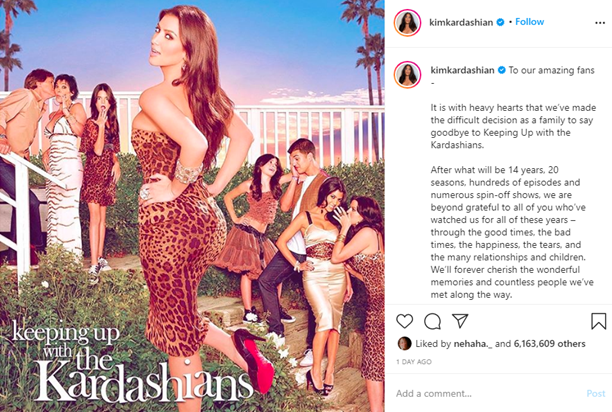 But it leaves us all scratching our heads, thinking why now?

Kris Jenner came forward to explain the reason why the family decided to end the show. During the interview with series producer Ryan Seacrest, she got all the reasons off her chest and cleared the doubts.

The momager explained that it's just "the right time," while dialing into ON-Air with Ryan Seacrest.

She didn't ramble much and simply said, "I think the number 20, well it used to sound good until 2020, but the number 20, it just seemed like the right time."

Apparently, they all want to take a minute off to breathe and slow down things a bit. Not professionally, but to figure out their future plans.

"We had to tell the crew yesterday, so we were all crying, "she sobbed

According to Kris, Khloe is probably the one having a hard time digesting this news. And she hasn't stopped crying since the family made the announcement.

As for Kris, she hasn't really processed this decision yet, saying, "It's funny when we talked yesterday, I kinda had my wits about me and I thought I was really strong. And, you know, this is the right decision," Kris continued, "Today I wake up and I was thinking about the first time you and I ever did an interview on the air, and I was so excited and so nervous."

Kris said the Keeping up with the Kardashians is the "best home movies we'll ever be able to produce,"