Lord Mountbatten's Death: What They Didn't Tell You in The Crown Season 4

The Crown isn’t really a show known for gruesome deaths; instead, it is something esoteric, mostly confined to the inner circle of the British monarchy, death by cold glares and scornful remarks are perhaps the most acceptable way to go for Royal depiction.

However, in the new season, that changes dramatically, with the violence and uneasiness running uncontrollable in the Queen’s world and finally crawling its way back to the palace.

The latest season of The Crown addresses the most shocking events in the Royal family.

The Crown’s season four takes the British drama to the era of 1977, when Queen Elizabeth II celebrates her 25th year on the throne and Princess Diana arrives to the Royal family.

For those who have already started binging the show, you may have met with the character of Lord Mountbatten The Crown played by Charles Dance.

SPOILER ALERT: Well, by the end of episode one, the series fast forwarded a few years to 1979 when Louis Mountbatten was assassinated. Also, if you’re not aware, the character is non-fiction who perished in real life too.

Show creator Peter Morgan has been known to include many historical references, but did Lord Mountbatten die the same way as it has been portrayed in the series?

Well, not exactly! Let us tell you how!

In the Season four premiere, Lord Louis Mountbatten, informally known to the Royals as “Uncle Dickie,” is killed from injuries suffered in a bomb explosion on his private boat in Mullaghmore, County Sligo, in August 1979.

The sudden demise causes the Royals staggering- and reflects The Troubles, a years-old ethno-nationalist conflict, reflected only briefly in The Crown.

Who was Lord Louis Mountbatten?

Born in 1900, he was a high-ranking British naval officer who also served during World War II. Later, Lord Mountbatten became the last Viceroy of India, as he was assigned to assure smooth British’s exit from an emerging independent India.

He was the brother of Princess Alice and the uncle of Phillip, and also the one who introduced the Prince to his future wife, a young Elizabeth II, years before she was crowned the Queen of England.

Mountbatten served as a surrogate father to his nephew, Prince Philip, but it was Prince Charles who had been widely influenced by his mentorship and guidance, acting as the confidante to the future kind. Prince Charles was greatly inspired by Lord Mountbatten’s tenure in the Naval Army, so he decided to join the Royal Air Force, where he served for six active years.

Although Lord Mountbatten was a great uncle to Prince Charles, one of the Lord Mountbatten grandchildren  as per Lord Mountbatten family tree, he preferred to call him affectionately as his “honorary grandfather.” He also used to advise the young prince about everything from kingship to romantic affairs. He once said about his grandfather, “I admire him almost more than anybody else I know.” 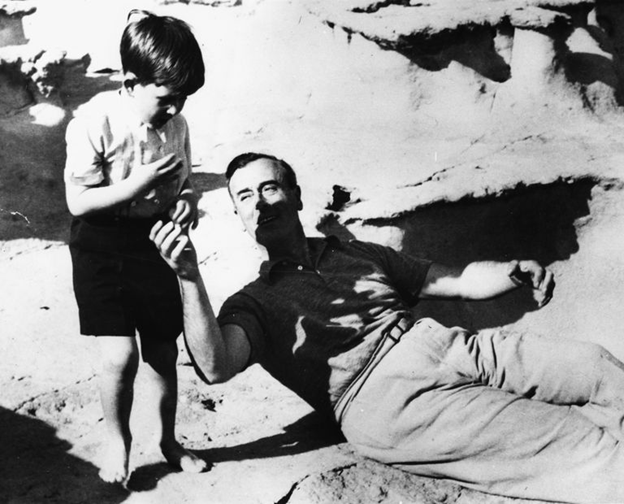 So far in season 3, we have seen how Mountbatten interfered in Prince Charles’ love affairs, inhibiting his union with Camilla Parker Bowles, of course with the help of Queen Mother.

Mountbatten was explicitly opinionated about Prince Charles’ romantic life, writing to the Prince in a letter, “I believe, in a case like yours, the man should sow his wild oats and have as many affairs as he can before settling down, but for a wife he should choose a suitable, attractive, and sweet-charmed girl before she met anyone else she might fall for.”

Mountbatten also used to advise Prince Charles to find a partner that has “no past,” because apparently high-profile ex-lovers could create tabloid scandals that could harm the Royal image.

In the first episode of season four, Prince Charles received a letter from Mountbatten, in which he literally scolds the young prince for failing to adopt the virtues needed of the future King of England. In other words, he tried to brainwash him, imploring that his childish fling with Parker Bowles is the biggest inhibitor of him becoming a true future King, and he encouraged him to find a better match:

“Must I remind you again of the importance of building your destiny with some sweet, innocent, well-tempered girl with no past, who knows the rules and will follow the rules? Someone with whom you can make a fresh start and build a new life. Someone that people will love as a princess, and, in due course, as queen. This is your duty now-your most important task. You’re more than a man, more than a prince. One day, dear boy, you shall be King. And now, to the sea.”

How was Mountbatten killed?

When Prince Charles almost reached the end of his bachelor years, Mountbatten was killed at his private ship in a violent act of terrorism. Mountbatten used to vacation every year with his family at Classie Baw in Mullaghmore, County Sligo, just 12 miles away from the Northern Ireland border.

On one ill-fated day on August 27th 1979, Lord Mountbatten took a boat to go fishing with his daughter, son-in-law, and two twin grandsons, including several other family members and a young crew member. Just a night before, one member of the IRA Thomas McMahon snuck into his ship and planted a 50 pound radio-controlled bomb, which was then detonated when the ship sailed.

Mountbatten was killed, as were his 14-year old grandsons, Nicholas Knatchbull and Knatchbull’s grandmother, the 83-year-old Dowager Lady Brabourne, who succumbed to her injuries and died the following day. Lady Brabourne’s death isn’t shown in the series though.

Also, it has not been portrayed that Lord Mountbatten initially survived the attack; he was rescued from the wreckage alive, but died along the way he reached to shore.

Paul Maxwell, the teenage crew member on the boat, was also killed in the bombing.

Mountbatten’s grandson, Timothy Knatchbull survived the blast, but his twin brother died in the impact. A BBC documentary, The Day Mountbatten Died, showed a rescue helicopter crew member who pulled the young Knatchbull out of the water and said that he sees the boy face “over and over.” 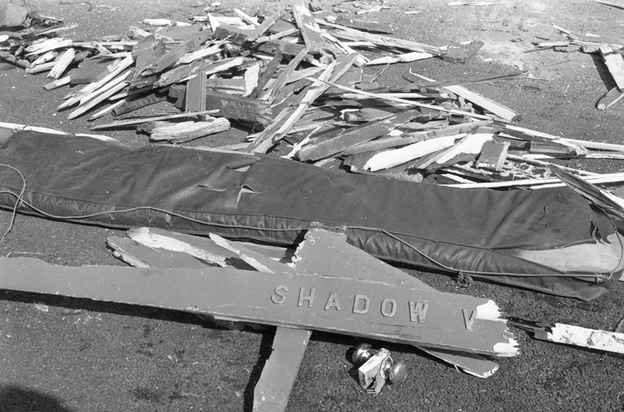 Prince Charles was the one shown as being particularly affected by this event in the Netflix drama. In a scene after the bombing, he reads a letter from his grandfather who was shown writing it days after his death unlike the real history.

The timing of this letter is purely cinematic, though it did drive Prince Charles directly towards Princess Diana.