Meek Mill has been having a rough year – at latest, he’s being slammed for being insensitive and referencing Kobe Bryant’s death in one of his new songs. Like, it’s blatantly disrespectful!

He has talked about the untimely and unfortunately demise of Kobe Bryant in his song in an extremely disrespectful tone – it may feel as if he’s just talking about the way he died, but the undertones and below the belt remarks are just uncalled for. 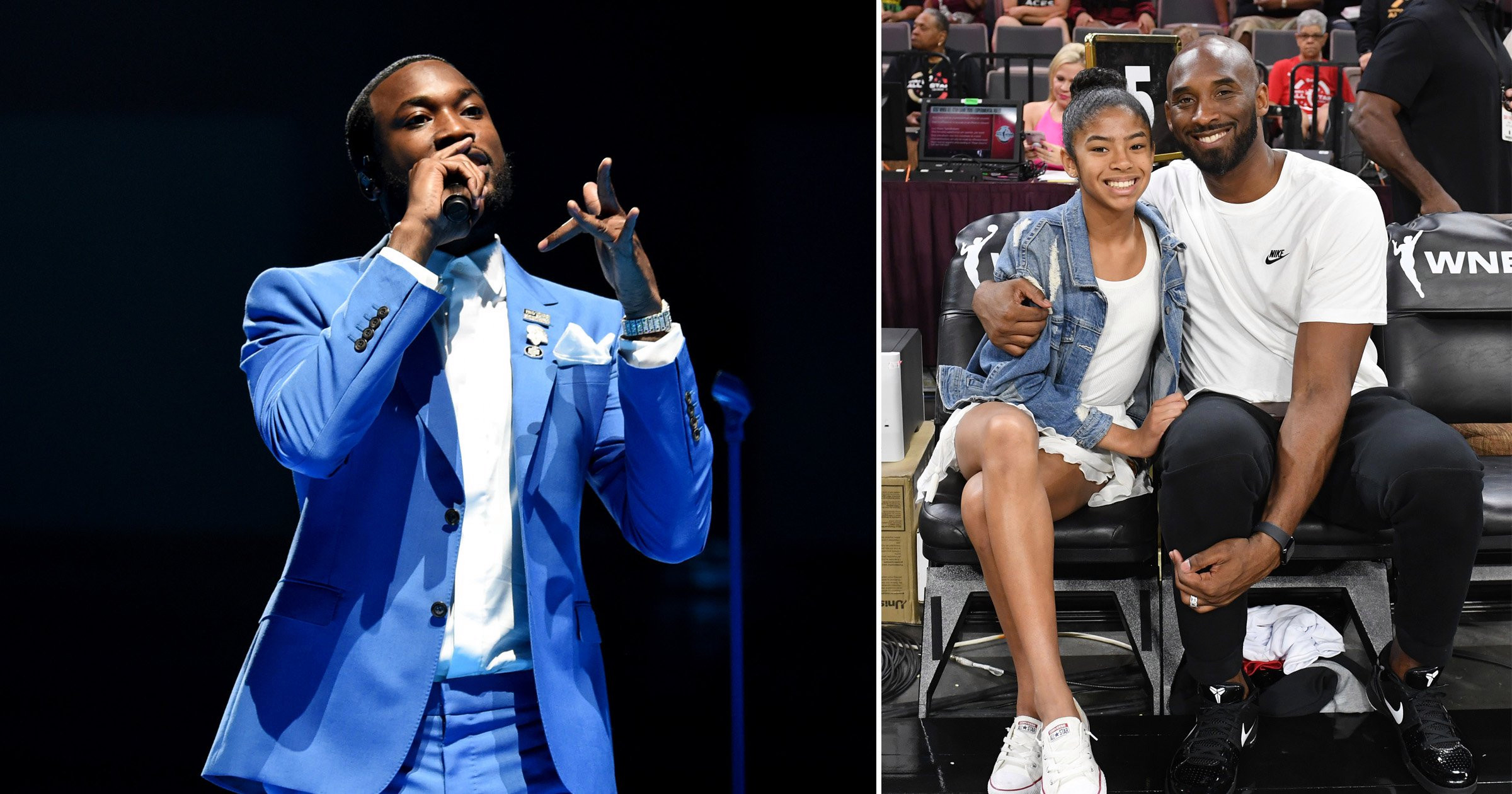 For instance, one of the lyrics go like "If I ever lack I'm going out with my choppa, it be another Kobe" – that’s terrible, especially considering it was his death anniversary just a few weeks ago. His new track is titled Don’t Worry (RIP Kobe).

The song also features Lil Baby, and it is all set to release three weeks after the emotional death anniversary of Kobe Bryant and his 13-year-old daughter, Gianna.

As you know, the NBA star was flying with his daughter and a couple of more people in a helicopter that crashed in LA on January 2020. After the preview of the song saw the light of day, people on the internet were appalled and fans of Kobe started calling out Meek on all his socials.

He didn’t directly respond to the backlash, but he did make a sarcastic tweet suggesting that it’s just a narrative being sold in the promo and that the actual song is different. At least that’s what we hope for now.

However, he ended up joking in another tweet,saying that internet antics of fans can’t stop him along with a zombie land comparison. He tried to explain that the internet is a dark place and people need to wake up from this mind control and fight the illusion.

Fans, on the other hand, retorted and said that the song is simply disrespectful and distasteful. Some people even said that a lot of people died in that plane crash and people have still not recovered from the trauma. Hence, when someone comes up with a song like that, they’re bound to feel disrespected and hurt.

Someone said that the song is simply inexcusable and that he knew people would be offended and he still dropped the track. All in all, people are demanding an explanation for that line.

Meek has been in the news for quite some time now. Firstly, he made headlines after going head against Tekashi 6ix9ine along with the statements that he made on the Clubhouse app!

Kobe Bryant is survived by three daughters and wife Vanessa. His wife paid tribute to him on his first death anniversary which teared up fans around the globe.

She said: "I will never understand why/how this tragedy could’ve happened to such beautiful, kind and amazing human beings.It still doesn’t seem real. Kob, we did it right. Gigi, you still make mommy proud. I love you!"

For more entertainment news, make sure you’ve liked our page on Facebook!

This is what we have to say about Meek Mill’s new song lyrics: Kobe Bryant’s death was tragic and hit the fans really hard. In fact, this loss was majorly felt by Lakers. Therefore, it’s not that anybody has an issue with the rapper but the issue is with Meek Mill’s lyrics which are actually problematic. The intention may not be wrong but the result surely is.

Thus, Robert Rihmeek Williams born and raised in Philadelphia and born on 6 May 1987 (height: 1.88m) should be a little more sensitive towards the emotions of Kobe fans. Maybe feature the new NBA logo in the music video?