Fans waited for no one when the second season of Netflix’s hit crime thriller released.They binged on the nine-episode series and were left with overwhelming emotions at the end, as they struggled with the dilemma of feeling emotionally drained by the nine intense hours of psychological drama and yet wanting to consume more and more of it.

But do you know that the possibility of another season is still hanging in the air, as the third season has not yet been given a green light by the streaming platform? Why is that? Well, continue reading to find out more!

Check out the gripping trailer of Season 2!

On the 15th of January, 2021, TVLine revealed that Mindhunter was put on hold for an indefinite period of time. David Fincher had directed his focus on the filming of Mank and the production of the second season of Love, Death, and Robots. Sources, at the time, claimed that he might return to Mindhunter in the future, but didn’t want to hold back the actors from venturing on to other projects.

"We are hopeful that we will get to do the whole five seasons because the audience seems to have really responded to the show, people really like the show." – He said.

Jonathan Groff, who plays the role of Special Agent Holden Ford, said that he would definitely be up for another season!

He said: "Whenever something really great happens, it makes me feel a little bit depressed. It's like, this is never going to get better than this moment right now. I'm sitting in David Fincher's office and he's giving me this role."

Netflix has a habit of canceling fan favorites right when the series is at its prime, and it seems that if Mindhunter get’s cancelled for good, fans may never forgive the platform.

Like we said, the possibility of the third season is still hanging in the air. However, if we go by the release dates of the previous seasons, we’d see the first season was released in the October of 2017, whereas the second chapter exploded our screens in the August of 2019. There was a two years gap between the two –which can be really an agonizing wait for the fans.

But we need to understand the amount of work that goes behind the show – it’s enormous! The show is super meticulous and extensive in its approach and so, whenever it does come back, it will be worth the wait.

Whenever the show gets renewed, we can bet that Ford and Tench will be reprising their roles. In addition, we can expect the psychology professor/FBI consultant Wendy Carr to join the cast as well. Fans would also love to see Bill’s wife Nancy, FBI agent Ted Gunn, Special Agent Gregg Smith, and Bill and Nancy’s adopted son, Brian make a comeback.

However, more importantly, fans of the series would want to see the return of Ed Kemper – the most versatile and complex personality on the show.

We’re unsure if the Atlanta Child Murder investigation will be reviewed in the third series – It was the centre focus in the second season.

If the third season is to follow the example of its predecessors, it will have the same range of episodes: 9 or 10.

The first two seasons followed individual stories of serial killers and emphasized on their compulsions on a deeper level. We’ve seen interviews of Ed Kemper, Dennis Rader, Jerome “Jerry” Brudos, David Berkowitz (Son of Sam) and Montie Rissell. We believe that apart from Kemper, Rader should get an invite to return in the third season. 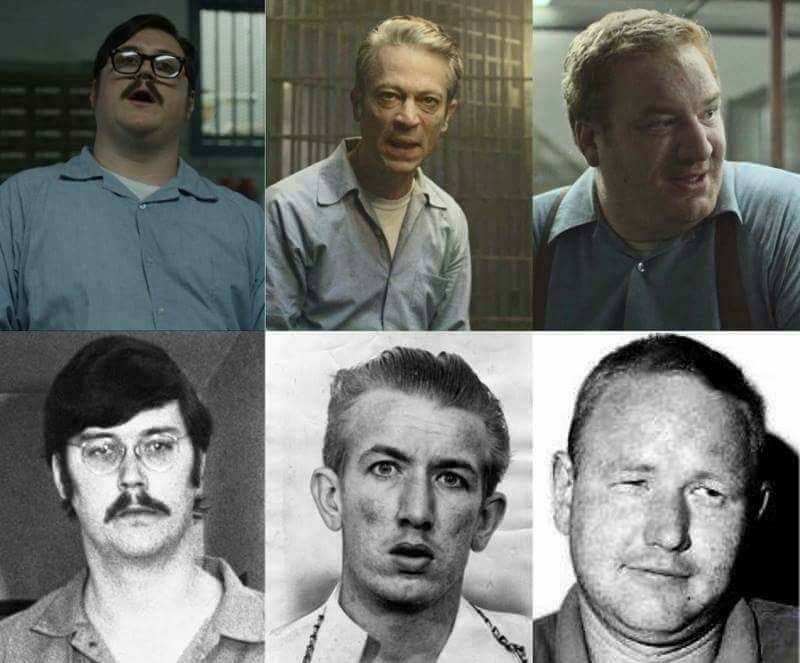 The timeline of the second season was between 1980 and 1981 – that’s when viewers’ favorite, Ted Bundy, was in prison. Hence, it would be interesting to revisit the timeline and examine his psyche on a much deeper level.

In addition, fans would be excited to see Butcher Baker, Green River Killer, Milwaukee Cannibal and Night Stalker make their way into the cut. These serial killers have a cult viewership. People, for decades, have been haunted by their existence and wrongdoings. However, they’ve also be fascinated and intrigued by their motivations and upbringing.

In the 1980s, serial killers were receiving much attention from the media, and for all the right reasons. Apparently, at the time, there were more than 200 serial killers on the loose.  LA, especially, was the hub of all that was evil.

Anyway, we’d love to see Netflix’s Mindhunter get a renewal, as it’s a show that truly deserves respect and appreciation.

For more information and latest updates related to movies and TV series, like our page on Facebook!

Let’s face it – there’s nothing more exciting than watching a bunch of FBI agents hang out with serial killers and get insight into their minds. Mindhunter is definitely one of the best TV dramas out there and it would be almost criminal to not renew it!