What happens when you assemble four historical personalities in one room, and just sit back and enjoy as they laugh off their shared history, discuss old conflicts about career, politics and religion and plan out a better future? In One Night in Miami, the concept looks inspiring, thought provoking, and extremely entertaining!

Written by Kemp Powers and directed by Reina King, One Night in Miami fictionalizes the meeting of four great men, Malcolm X, Muhammad Ali, Jim Brown and Sam Cooke in a Miami hotel in February 1964 where they all are gathered to celebrate Clay’s surprise win over Sonny Liston.

The celebration party is expected to be loaded with girls and booze, but, in fact, it turns out to be sober and simple, where the attendees are treated with vanilla ice cream and some heated arguments. “I thought we would reflect,” says Malcolm to Clay, who is considering to embrace Islam as his religion and changing his name to Muhammad Ali.

Here are five shocking movie facts about the One Night in Miami:

One Night in Miami is the first African-American-woman-directed movie that has been premiered at the Venice Film Festival…. One night in Miami is also a feature-length directorial debut of Regina King, an African-American actress and director. She is also a recipient of an Academy Award in 2019 for her role in If Beale Street Could Talk. King has keen directorial instincts, which has also been reflecting in the movie throughout. The film also made it to the Venice Film Festival, making it the first one from an African-American woman director. 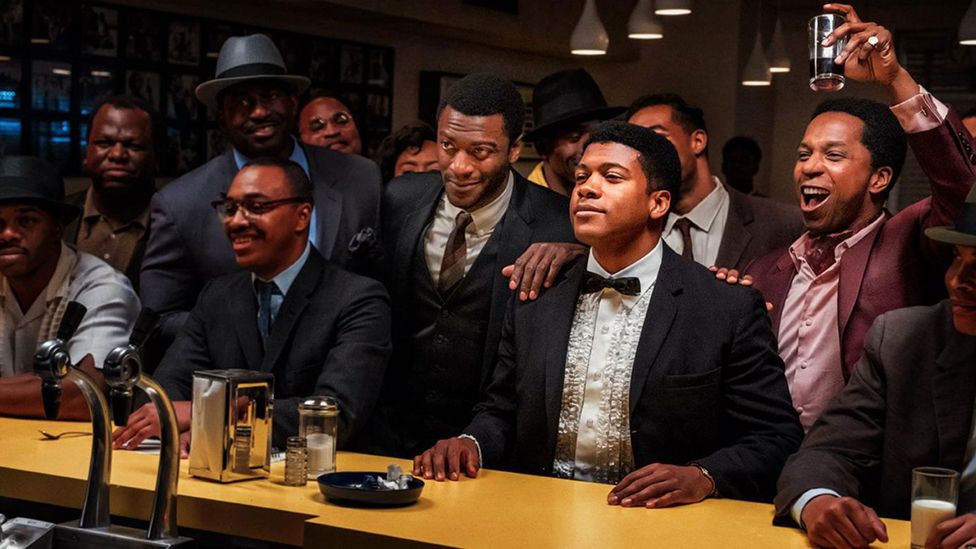 It’s just fascinating seeing a first-timer to tackle a dated drama based on four cultural legends; she has not only nailed it but also done remarkably well in highlighting issues and controversies that remain tragically relevant in today’s age.

The characters also talk about the brutal assassination of the civil rights leaders. The film subtly highlights the striking similarities between the events of the past and today’s global fight for Black Lives Matter.

One Night in Miami is based on the award-winning play written by Kemp Powers (co-writer and co-director of Pixar’s latest blockbuster Soul) in 2013. You may find several plays that based on the same concept of “what if a particular historical character A meets the other historical character B, and what would they discuss about?” but Powers’ screenplay masterfully presents four historical personalities both as metaphors and as individuals…

Those four historical personalities are Cassius Clay (played by Eli Goree), who just won a title over Sonny Liston; his spiritual advisor and close friend Malcolm X (played by Ben-Adir), who’s supporting Clay in his spiritual journey to embrace Islam; NFL legend Jim Brown (played by Aldis Hodge) who has just started his movie career; and Sam Cooke (Played by Leslie Odom Jr.), who’s at the peak of his music career but still facing challenges and hostility from white audiences.

A movie about fictional accounts of four legendary personalities? Count us in!

This interesting plot-line has already convinced us for watching this movie on Amazon Prime on 15th January. What about you?

The film is scheduled for a digital release on Amazon Prime Video on 15th January.