Season 2 brings back all the drama, emotions, and excitement of Selena: the series, but leaves behind the most important person: Selena herself!

The second season of Selena: The Series about Selena Quintanilla death just dropped on Netflix, much like a treat to fans who have been anticipating to see more from the life of Selena Quintanilla since the first season left them on the precipice of what’s coming – her tragic death!

Related: THE DARK AND UNKNOWN SIDE OF SUZETTE AND SELENA QUINTANILLA’S RELATIONSHIP

Netflix’ Selena: The Series marks the first authorized series on the life of Selena Quintanilla since the 1997’s biopic featuring the ever-beloved Jennifer Lopez. The series became an instant success with the show consistently trending at the top of the Netflix charts after its release which was on the 4th of December. Not only did it reign over the streaming service but also developed a renewed interest of fans by the late Tejano singer.

May it be her outfits, songs, movie, killer, family, husband, albums, facts about her family or facts about Selena Quintanilla herself, the show is a super success.

Talking about the Netflix effect, Selena also restored her place at the Billboard 200 in the first week of the show’s release.

With the second season having premiered on May 4th, it wouldn’t be a surprise to see it trending at Netflix’s top 10 once again.

By now, you must know the details of the singer’s extraordinary career and her tragic death. Born and raised in Corpus Christi Texas, young Selena rose to fame in the male dominant music industry as part of her family’s band Selena y Los Dinos.

Related: SELENA: THE SERIES—WHAT THEY DIDN’T TELL YOU ABOUT SELENA’S LIFE STORY IN THE SHOW!

Belonging to a poverty-stricken family, she learned Spanish from telenovelas and struggled hard to become a major icon, revolutionizing pop and Tejano music in the United States of America and Latin America. That’s how she earned the title of “Queen of Tejano music.”

But unfortunately, just when she was at the heights of her career, her life was cut short by her former fan-club manager Yolanda Saldivar. While previous movies and documentaries focused more on her tragic end, Netflix’ Selena: the Series explores her early life and the journey she took to become one of the most celebrated Mexican-American artists in history.

Related: THE HAUNTING FACTS OF SELENA QUINTANILLA’S DEATH AND MURDER ATTEMPT BY YOLANDA!

Despite the series premises of an in-depth, no beating about the bush look at Quintanilla’s real-life struggles, the second installment, which released on 4th May, failed to give the late Tejano singer’s a voice. Instead, her story is completely overshadowed by the men in her life: her father Abraham; her brother, AB, and her fiancé and later husband Chris Perez.

Ironically, the second season became infected with the same notion of gender stereotype and chauvinism that has plagued the society of Latinx for years.

If you are done watching the second season, it’s likely that you have missed some of the important details about Selene Quintanilla, Suzette Quintanilla and Bill Arriaga.

Also, check out our different articles on Hayvine related to Suzette Quintanilla's husband, age, son, wedding married life and kids including Bill Arriaga and Suzette wedding, Bill Arriaga birthday, age, the actor who played his role in the series and a lot more.

Scroll down and discover five shocking facts about Selena’s sister and her brother-in-law:

Related: SUZETTE QUINTANILLA AND BILL ARRIAGA: FACTS ABOUT THEIR MASSIVE NET WORTH AND WHERE ARE THEY NOW?

In season 2 of Selena: The Series, the men overshadowed the entire narrative, which is supposed to be on the life of Selena! 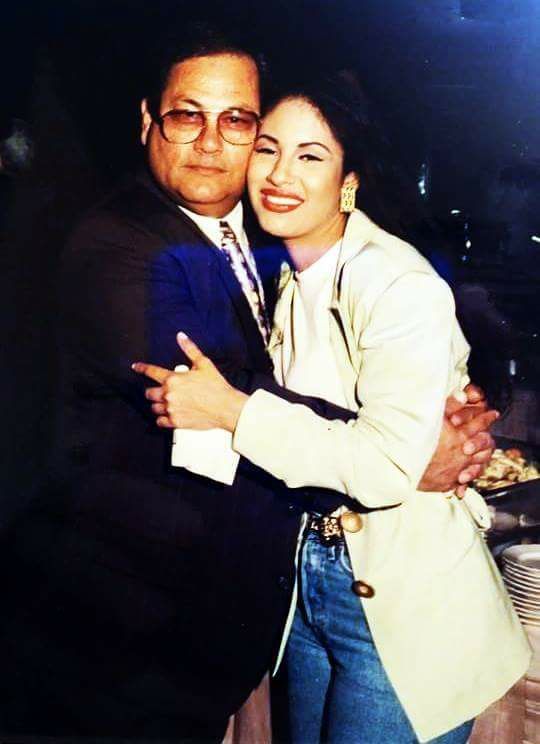 The narrative of the series started relying heavily on Selena’s brother and husband to the point where it seems like all the female characters have taken a back seat.

In the first season, we have seen Selena’s father, Abraham, who is a musician himself, teaching his three children about music – but in reality, Selena was the one who was truly enthralled by it. When they grew older, her father became more aggressive, forcing his children to drop out of school and focus more on their music career.

The same theme is portrayed in the second season, which follows the grown-up Quintanilla siblings as they embark on a journey to superstardom. The story centers on Abraham’s often arbitrary demands where he puts Quintanilla in a position where she has to choose between her social life and her career as a popular Tejano star.

Trending: THE 5 UNKNOWN FACTS ABOUT SUZETTE QUINTANILLA AND HER HUSBAND BILL ARRIAGA!

He doesn’t like her getting involved in romantic relationships, and diverting her focus from her career. His reaction to Selena’s hidden relationship with Chris Perez was a clear example of this.

In the first season, Abraham learns that her daughter Selena is secretly involved with the guitarist Perez while they were on a tour. He kicks him out of the bus, despite Selena pleading him not to.

Despite her father’s fierce opposition, Selena and Perez carried their relationship in season 2, even decided to get married at a courthouse instead of facing the rage of her father once again. And when they revealed their marriage to Abraham, he admitted that he was only concerned about the consequences of her relationship that would cause her to drift away from her career. It’s disappointing for a show to normalize misogynistic behavior, even under the masquerade of paternal controls, especially for the Latinx audience who are seeking for more sophisticated portrayal of Mexican-American figures.

Selena’s brother, AB, was relatively more involved in her career, as he wrote many of her successful songs such as “Como la flor.”  But in this series, he isn’t shown to be as intimidating and controlling as their father.

Sister Suzette Quintanilla, Selena’s sister and a fellow drummer, was always there for her during her highs and lows. We have seen her providing emotional support to Selena, helping her with fashion choices, making her hairstyles and teasing her about romantic relationships like any sister-turned best friend would.

But despite being so involved in her life, even Suzette’s portrayal on the show was sidelined. She doesn’t have much to say, even in the sequences of conflict.

Where are Suzette and Bill Arriaga now?

In the final episodes of season one, we are introduced to a new character, Bill Arriaga, a love interest of Suzette Quintanilla. In real life, their relationship blossomed into love and they tied the knot in 1993. They have a son together named Jovan, who is now 24 years old. It’s unfortunate that Jovan never gets to meet his Aunt Selena.

Devastated by the news of her sister’s untimely death, Suzette decided to distant herself from music. And instead, she initiated various endeavors in an attempt to keep her sister’s legacy alive. As of now, she is serving as a CEO and president of the family-owned music production company called “Q-Production,” which was established in 1993.

As head of the company, she launched many Selena-centric tribute campaigns such as a makeup line by her sister’s name, a tribute concert and an album. She is also a manager of Selena Museum in Corpus Christi, Texas, founded in the memory of the late singer who departed from this world too soon. The museum features various collectibles from Selena’s career, her iconic outfits and everything that is connected to her. 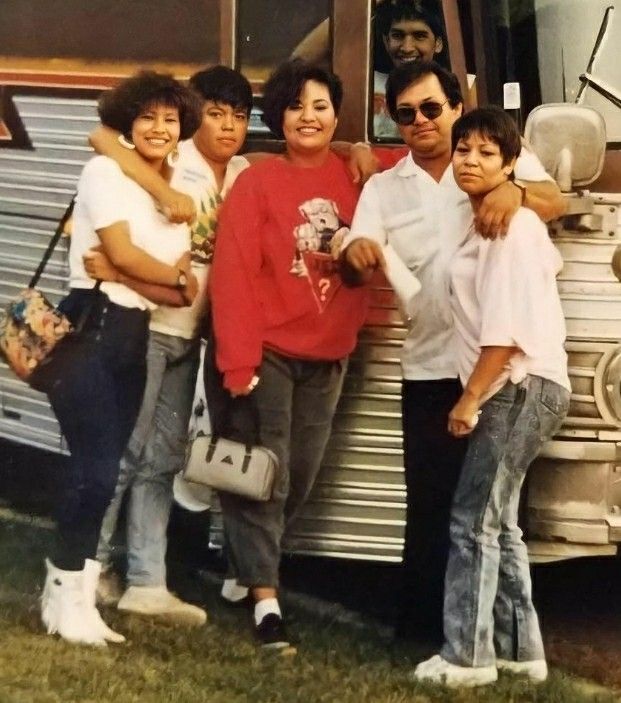 Series showrunner, Moises Zamora revealed in one interview that the Quintanilla family “was very involved” in the making of the series. Suzette Quintanilla was even credited as an executive producer of the show. With that much influence over the show, it makes sense that the family would want to shape the narrative according to their way.

We do not intend to sound judgmental, but it feels like the family is trying to cash in on the tragedy. And now they are aiming for fame. They made a Netflix original on the life of Selena, but why is the series more about her family and less about her. They even made a movie Selena just within two years after the singer’s death.

The Quintanillas have an estranged relationship with Selena’s widower Perez

The family is a bit possessive when it comes to others sharing Selena’s stories. Her father once filed a lawsuit against Perez after he tried to create a series of his own, based on his relationship with the late singer, called To Selena, With Love. But sadly, it couldn’t make it to the screen.

Who are in the Selena Netflix cast?

Other cast members include:

Have you watched the second season  of Selena: The Series? If yes, what are your reviews about it? Share your reviews with us in the comment section below. Also, head to our Facebook page if you want to learn about the Selena series season 2 and who plays Selena on Netflix.