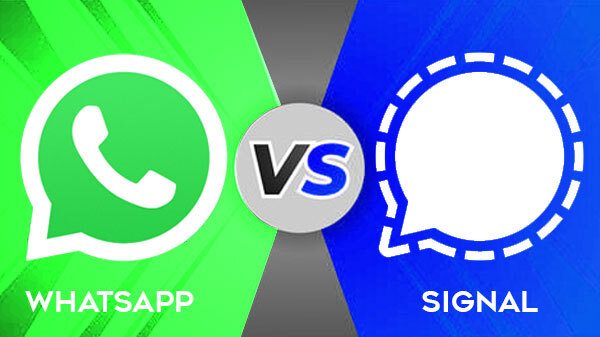 Instant messaging application, Signal is observing an influx of new users, so much so that the platform is having a hard time keeping up with the sign-up stages.

Users see delays in phone number verifications when trying to set up new accounts across multiple cell providers. "Not to sound like a broken record (about broken records), but we're aware of the registration delays while creating a new account. Carriers are making adjustments on their side to keep delivering verification codes as quickly as possible," said Signal in a tweet.

Verification codes are currently delayed across several providers because so many new people are trying to join Signal right now (we can barely register our excitement). We are working with carriers to resolve this as quickly as possible. Hang in there.

Who is responsible for these many new users flocking towards this app, you ask? The culprits are pretty well-known. Signal competitor WhatsApp and the other is Tesla CEO, Elon Musk.

What did these two ever do to cause such a change in consumer behavior? We'll have to explain in quite some detail, so hang tight and keep reading.

What's happened is that the instant messaging app, WhatsApp tweaks policy, introduces WhatsApp’s updated terms of service and privacy policies. These terms are pretty problematic, and should the users not agree to them by February 8th; they'll lose access to the application.

Instead, the policy states that WhatsApp will have the rights to share user information with Facebook; this will include the phone number, profile name, picture, address book, and more.

"As part of the Facebook family of companies, WhatsApp receives information from and shares information with, this family of companies. We may use the information we receive from them, and they may use the information we share with them, to help operate, provide, improve, understand, customize, support, and market our Services and their offerings," says the new policy. Naturally, this has caused a backlash, which is constantly growing. Users are boycotting WhatsApp and looking at other alternatives such as Signal.

While some people instantly understood Musk meant the messaging app, others took it the wrong way.

In the days that followed the tweet, shares of an unrelated company known as Signal Advance, surged 527% and then 91%, increasing from just 60 cents to $7.19. This is known as the "mixed Signal" phenomenon. To clear up the misunderstanding, Signal took to Twitter and said "It's understandable that people want to invest in Signal's record growth, but this isn't us. We're an independent 501c3 and our only investment is in your privacy."

Is this what stock analysts mean when they say that the market is giving mixed Signals?

It's understandable that people want to invest in Signal's record growth, but this isn't us. We're an independent 501c3 and our only investment is in your privacy. pic.twitter.com/9EgMUZiEZf

WhatsApp privacy policy and Musk's tweet have created the perfect storm on all social media platforms, and users are fleeing from the platform to Signal. We think it's important to mention that Signal was co-founded by Brian Acton, who is also one of WhatsApp's co-founder.

What can this controversy mean for WhatsApp's future?

This is a question that doesn't have a simple answer. The platform issued a lengthy statement as a response to clarify that the new policy doesn't change the app's data-sharing practices with Facebook.

"As we announced in October, WhatsApp wants to make it easier for people to both make a purchase and get help from a business directly on WhatsApp. While most people use WhatsApp to chat with friends and family, increasingly people are reaching out to businesses as well. To further increase transparency, we updated the privacy policy to describe that going forward; businesses can choose to receive secure hosting services from our parent company Facebook to help manage their communications with their customers on WhatsApp. Though of course, it remains up to the user whether or not they want to message with a business on WhatsApp," said the statement.

It further elaborated that the update will not change WhatsApp's data-sharing practices with Facebook. "It does not impact how people communicate privately with friends or family wherever they are in the world. WhatsApp remains deeply committed to protecting people's privacy. We are communicating directly with users through WhatsApp about these changes so they have time to review the new policy over the course of the next month."

Maybe things aren't as bad as they seem? We'll only find out with time.

So, are you planning to switch to Signal, or are you one of the few users who'll remain loyal to WhatsApp? Let us know your thoughts on our Facebook page today.

If you want to stay updated with the latest news on tech and entertainment, like our Facebook page and you'll get notified every time we publish something new.