It's no exaggeration to say 2020 feels like a Hollywood sci-fi/horror movie, and these celebrities are making it official!

Each month seems like a full-fledged horror scene fueled with few jump scares, unexpected and disastrous events. And you know what? We are still not even close to the climax!

We have now reached the point that if someone comes running and says there's an alien attack, we won't be even surprised!

Despite all the horrors, the meme community is here to cheer us all with witty and hilariously sad memes, bleak as hell. And this time celebrities have joined in this legacy too, blessing the internet with their version of memes.

Thanks to Reese Witherspoon, new each month of 2020-themed memes are making rounds on the internet, and it's pretty wintry!

The meme, which I would dub as "if 2020 months have a face", displays a collage of nine photos. Each photo depicts the mood of the month, and the pictures get increasingly melodramatic as we head to the new month.

The January picture looks all cool and steady. The February photo displays a spark of uneasiness. And from March to September, all things start falling apart! Though, we don't know why these memes have only nine months, as if it's the world or Coronavirus is going to end before October.

Take a look at how Witherspoon nailed this meme, featuring a collage of photos taken from her TV series and movies: 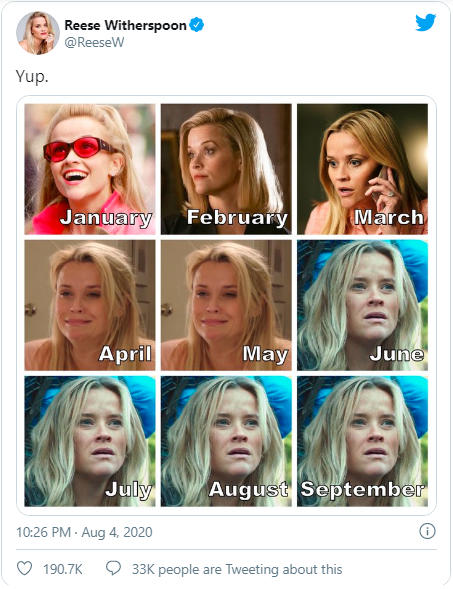 After Witherspoon posted a relatable 2020 mood forecast, other fellows jumped on the bandwagon and tweeted the similar series of photos. And it has not been long enough that the meme format started trending on the internet. 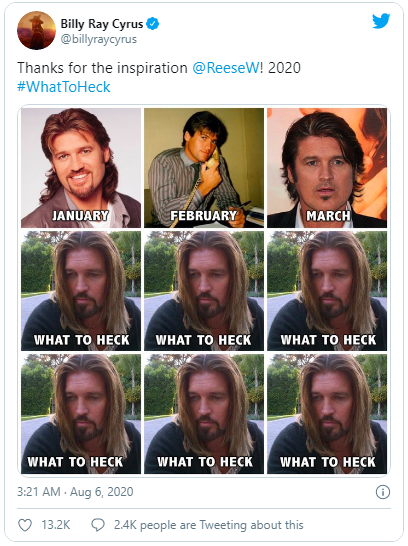 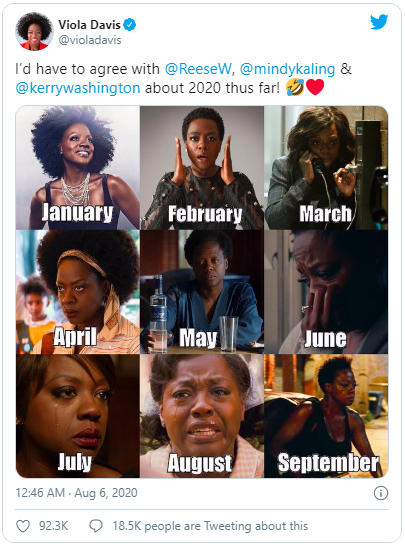 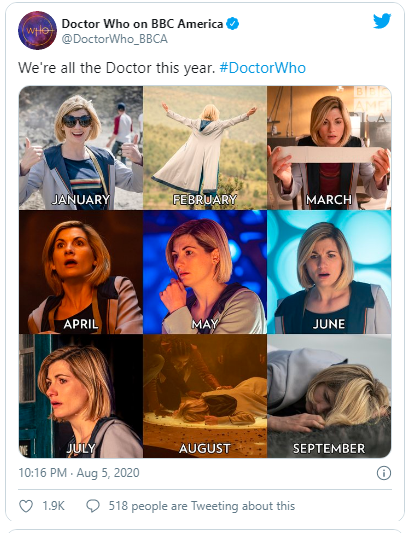 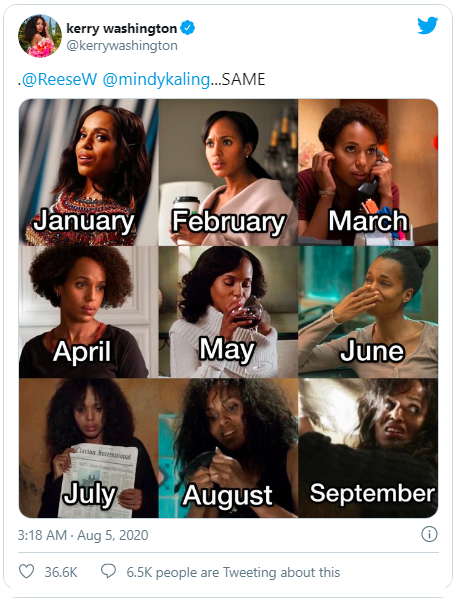 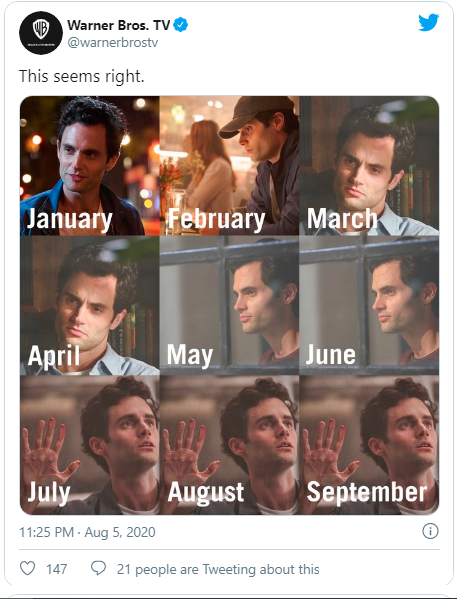 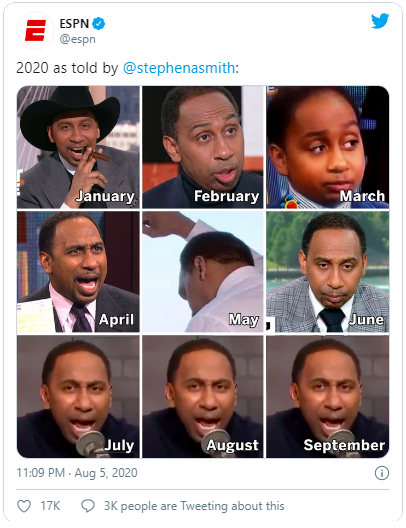 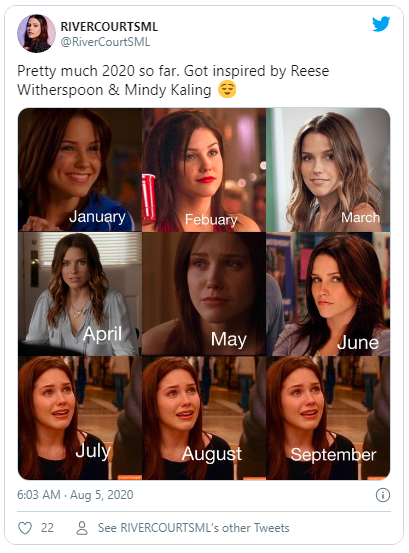 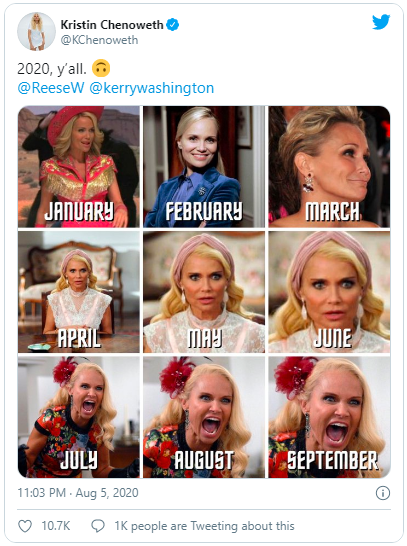 This is probably the cutest one on the list! 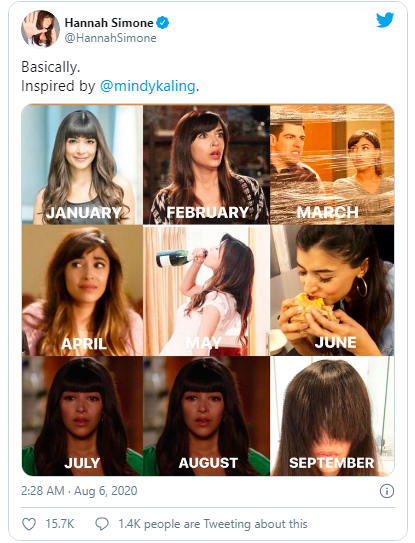 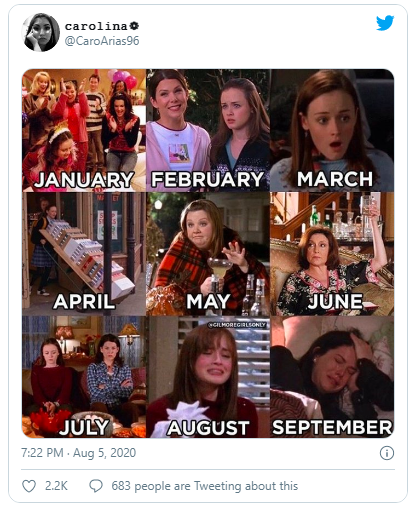 Go ahead and make your version of 2020 meme! Don't forget to drop down in the comment box; we are waiting to see it!