Excitement and anticipation have taken over the realm of social media, as the release of a new documentary series on Netflix is approaching. The History of Swear Words is coming out on January 5th, 2021.

Check out the 5 shocking facts of the History of the Swear Words!

It’s an unscripted series, hosted by Nicholas Cage. And it’s because it’s Nicholas Cage, we know it’s going to be hilarious! The award-winning Comedian and filmmaker will interview experts regarding historians, pop culture, etymology, and entertainers. Each of the six episodes will be discussing somethings different about swear words such as their origins, evolution, usage, cultural impact, and more.

With a topic like this, it would be weird if the internet didn’t react as it is today. Funny and hysterical internet memes are breaking the internet. Here are our top 20 favorite viral memes and reactions. 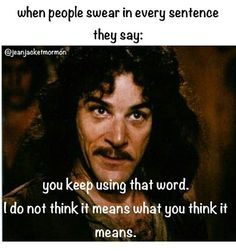 This one is an old meme, but it’s resurfacing thanks to the History of Swear Words. Now that we’ll all be getting a lesson on curse words, this won’t be a problem any longer. Every word we use, we’ll know exactly what it means. 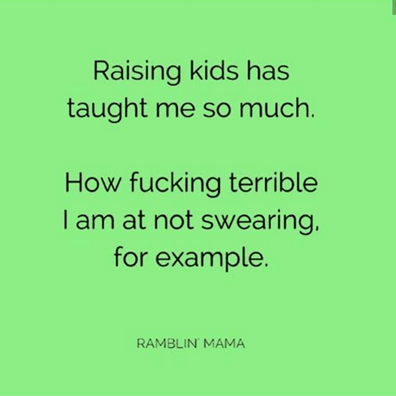 Children pick up what parents do and say like a sponge, so this has got to be the most difficult part of parenting. So this is how you’ll start saying ‘fish’ instead of you know what and ‘shoot’ instead of you also know what. 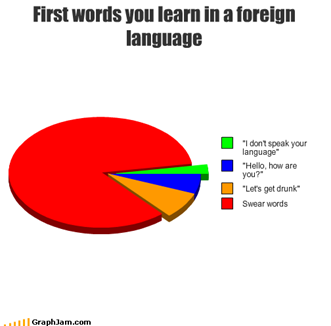 There’s nothing easier than learning curse words in a foreign language class. It’s not our fault that they sound super fun. We hope some famous swear words from other languages are also included in the History of Swear Words. 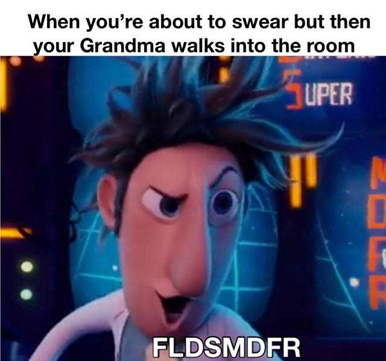 This is one viral meme that we relate to the most. Every time grandma walks in and we’re about to say something bad, this is exactly how we imagine we would look. Just can’t imagine how we’ll be able to watch History of Swear Words with grandma in the vicinity. 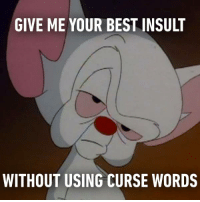 What a difficult challenge! It has got us thinking for sure. Well, if we lock ourselves in a room, sit quietly and concentrate, like really concentrate, I’m sure we’ll be able to come up with something effective and creative. Okay, maybe not! 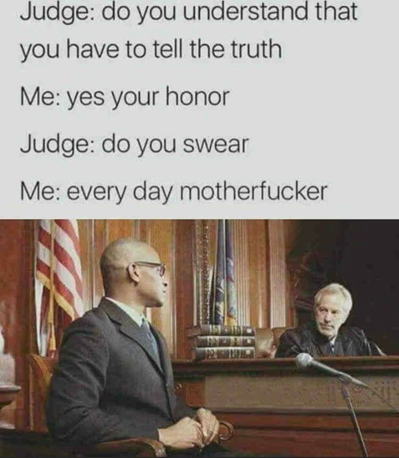 @Part_time_clown is excited for the month of January as Netflix will be releasing some of the most amazing series and documentaries. And of course, History of Swear Words is one of them. The first month of the new year does look promising indeed.

Have you checked out Cyberpunk 2077 top viral memes!

While @CriticaDarling says, it’s the hair for them. For us, it’s the suit; it’s the set, it’s everything!

More than half the hype about the release of History of Swear Words is because of Nicholas Cage. People are excited to invite him to their houses and listen to him as he educated us on the most interesting topic of all time.

Some people who don’t swear might end up taking on the practice after watching this documentary series. The trailer talks about and demonstrates how swearing can make you feel good. Looks like @followingfilms is pumped up about learning the advantages of swearing.

We know exactly where @UofLFanBrian will be because we’ll also be right there with them. There’s no chance in the world that we won’t be binge-watching History of Swear Words as soon as it comes out.

Not swearing shouldn’t get in the way of you enjoying the documentary at all, isn’t that right @Melonator6? It won’t just about swear words; we’re sure we’ll actually learn a lot from this masterpiece by Netflix.

People are already recommending the series to their friends and family. This excitement has got us buzzing with anticipation. All we can say to @wcwpoet is that we’ll be learning so much more than just the true origins of the swear words.

This was our reaction exactly when we watched the trailer of History of Swear Words for the first time. Nicholas Cage shouts his lungs out saying ‘F***’ and you can tell by the first scene how insane this series is going to be.

YouTube Channel ‘Late to the Party’ reacted to the trailer of the documentary series and let us tell you that their reaction was sooo hilarious. Just like these two YouTubers, we’re also excited to see how Nicholas Cage takes us on this road of taboo words.

This YouTuber was sort of disappointed seeing that there wasn’t as much of Nic Cage as he would like. But it’s only the trailer! Even if you’re watching the show for him, try to give other people a chance too. And we’re sure there will be plenty of Cage in the series.

It can be pretty difficult to hold back when it comes to cursing words; it just feels so good. And this will be proved with experiments in the show. This is one of the reasons why people are so excited about the show and so is this guy.

It might be hard to believe, but some people are interested in learning the origins and evolution of the curse words. This YouTuber is one of them and judging by his enthusiastic reaction; he’ll be binge-watching the show just like us as soon as it comes out.

Crazy Amanda Reacts can’t wait for the show to drop already, so can’t we Amanda. Thankfully, there’s not much time left to wait.

Simon and Ellie get drunk and react to the trailer of History of Swear Words. We don’t think we can do justice to their reaction in words. You’ll just have to watch it for yourself!

After going through these 20 viral memes, we’re sure you’re also super excited for the show if you weren’t already. We’ll be binge-watching it for sure, make sure you do too.