On Thursday night, Supernatural ended its tenure after marvelous 15 years! The series finale, Carry On, was directed by Robert Singer and the script was written by Andrew Dabb. And hold your breath – Dean Winchester (Jensen Ackles) met his ultimate end with his beloved brother, Sam (Jared Padalecki), by his side. 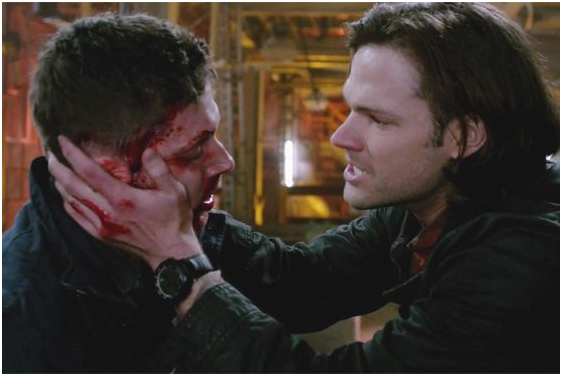 The episode opened up with the brothers going about their usual morning routine; eating breakfast, wiping their guns, you know the regular chores. The brothers were searching for any supernatural activity in the area but had no signal sent their way.

Hence, the brothers decided to use this free time to attend the event called Pie Fest. Dean, for some reason, feels that he was meant to attend this event; meanwhile, Sam is feeling overwhelmed after the loss of his close friends Castiel (Misha Collins) and Jack (Alexander Calvert). Dean has recently come out of the celestial void which is known as The Empty.

Obviously, Dean is also in terrible pain (because of Castiel’s death), but he’s satisfied because his brother (the only true love of his life) is safe. He urges Sam to keep on with his life and consider it a chance, a gift – that’s exactly what Cas would want, anyway.

However, their happiness just can’t last forever like other shows. They quickly come across a new case of kidnapping, where a man and his kids have gone missing. After forming the entire profile, they come to the realization that the suspects are men in skull masks, called Agents Kripke and Singer (an ode to showrunners Eric Kripke and Robert Singer). As soon as they arrive on the scene, they recognize the men in masks: they are a pair of vampires and the brothers eventually take care of them.

After shooting the vampires, the brothers find out about the crime of the episode that includes the kidnapping of the children. This is when Dean finds out the leader of the nest is Jenny – this was the young woman who was forcefully turned into a vampire back in season 1.

Anyway, after strong combat and defense, the vampires meet their eventual ends and Dean is also wounded and immobilized. This is when the tears start rolling, as we realize what is happening. Dean reassures his heartbroken brother and says, “You knew it was going to end like this for me. We had one hell of a ride.”

This is when Sam promises that he would do anything to bring him back from the other side and will not let him die like this. Dean declines the offer and tells Sam that he’s incredibly proud of him and has always admired his strength. He also takes this time to reveal that the night he came to meet Sam at Stanford University, he almost didn’t pursue him as he feared that Sam would reject his offer for a reunion.

Dean ends this moment by telling Sam to go on with his life and passes away. He goes to Heaven and is reunited with Bobby, who reveals that Jack fixed everything up here in Heaven. Soon, he finds out that his parents are also nearby and awaiting the reunion.

Dean finds his Impala in Heaven, too (thank God for that!) And Sam, on the other side, is mourning his death and giving him a hunter’s funeral. He soon begins his life and follows his brother’s advice. A few scenes later, we find out that Sam names his son after his late brother and when the time comes, he dies, only to be reunited with his brother in Heaven.

The show debuted in 2005 and has a record for the longest-running fantasy series in the history of American television,hence the title “Carry On”.

His fans consider this show to be an institution, a religion, and a lifestyle. When the showrunners announced that season 15 will be the last, there was a major uproar from every corner of the world, as it has global stardom. Even though we all hoped for the series to outlast us, the news of its end wasn’t entirely a shock. We knew it was coming.

Anyway, as a tribute to the show and the reaction to the final episode, fans went wild on literally all social media platforms last night. And the following are some of the best memes and top reactions: