With lagging sound, awkward zoom mishaps, and technical glitches, the 78th Golden Globes ceremony had no shortage of awkward moments to make viewers cringe to the core.

It means that there wasn’t only “Oh, crap! I need to make a virtual speech” awkwardness but also “Oh, shit! I forgot to mute me” panic. Basically, it was a disaster-fest!

Well, let’s be honest, technical problems and zoom fatigue are inevitable in a half-virtual ceremony! After all, we spent the entire past year on Zoom, so we know that even the best laid out plans can go awry! Unless Elon Musk comes up with something better, we have to deal with it no matter how tedious it gets.

Besides, there were some incredibly moments too – Chloe Zhao’s historic win, Barb & Star’s cameo, dogs, kids, TV dominated wins, Jane Fonda, Boseman’s posthumous win and some pretty gorgeous fashion (all eyes on Anya and Angela). But still, all those technical difficulties, Zoom cringes, and exhausted celebs made this event one of the most unique ceremonies in terms of awkwardness!

Here are the most awkward moments from 2021 Golden Globes:

Regina King’s dog was about to poop on live TV 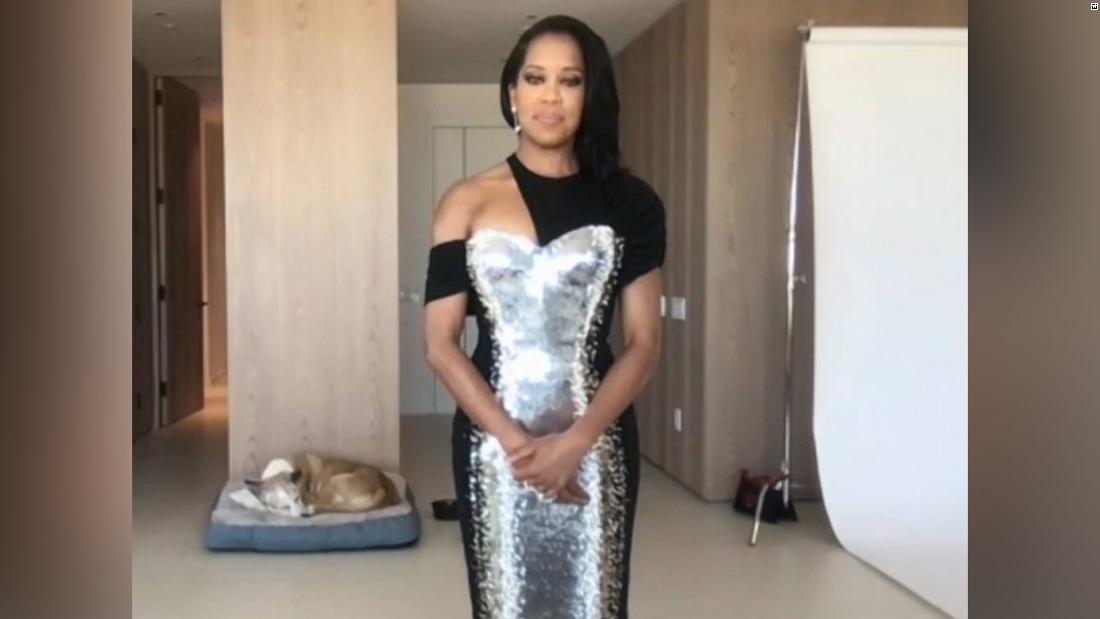 We don’t exactly know how to describe it, but there was a dog behind her when Regina King was giving her pre-show interview. Halfway through the interview, her dog appeared in the frame (which was actually cute) and the next thing we see is him walking towards the bed and it felt like he was about to poop. Obviously, she didn’t notice because it was all going on behind her back, but it was one hell of an “Oh, Shit!” moment!

Daniel Kaluuya forgot to unmute himself 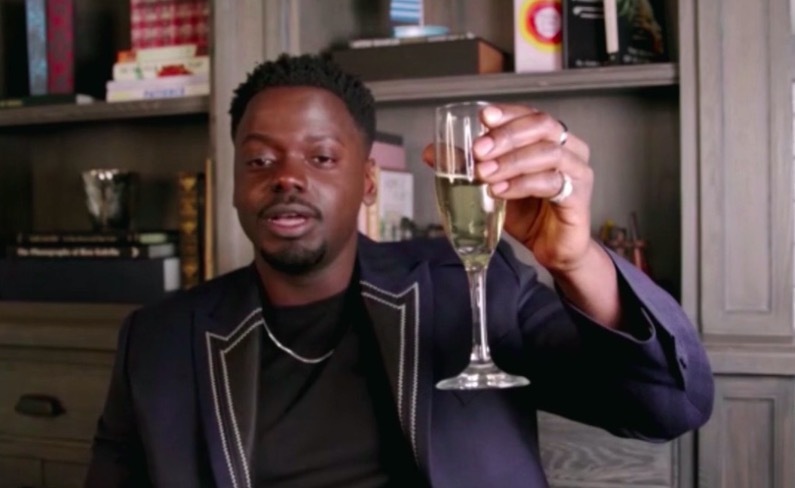 Wohoo! Daniel Kaluuya was the first winner of the ceremony! But, when the camera shifted towards him so he could make his acceptance speech, all we saw were his moving lips and no sound!

This incident was particularly awkward, mostly because of recent controversies against the Hollywood Foreign Press Association (a committee responsible for selecting winners for Golden Globes) for their lack of diversity and their treatment of Black people.

Plus, Kaluuya won the award for his portrayal of Black Panther chairman Fred Hampton, who was previously silenced and erased in his real life. Kaluuya handled the situation smoothly and when the awards’ team fixed the glitch, he came back hilariously, saying, “You did me dirty! Am I on? Is this on? Can you hear me now?

Jason Sudiekis made an acceptance speech in tie-dye hoodie 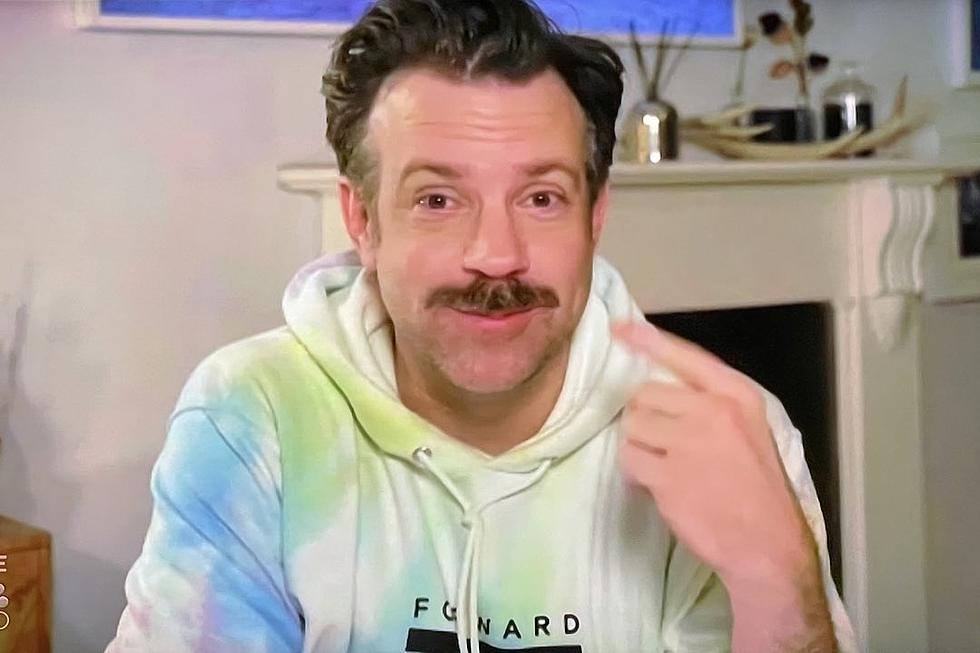 Now that’s what awards from home ceremony actually look like!

Let’s be honest, not everyone is camera ready, not even if you won an award for best actor in a musical or comedy series. We mean, come on, it’s just an acceptance speech, let’s get done with it, even if it’s going to be streamed by millions of people. This is not us saying, but it looked like this is exactly what Sudeikis might be thinking while accepting this award for his role in Ted Lasso.

He delivered a rambling acceptance speech in a hoodie, which almost felt like winning a highly sought-after Golden Globe award wasn’t much of a big deal for him. That’s the reason why many fans are wondering if his current state of mind had something to do with his recent divorce.

But again, we relate to him. After all, he was coming live from London, and it was 2 a.am there.

huge congrats to Jason Sudeikis not only for winning but for making history tonight as the first person ever to accept an award in a tie dye hoodie.🙌 #GoldenGlobes pic.twitter.com/uefcQ3a0CH 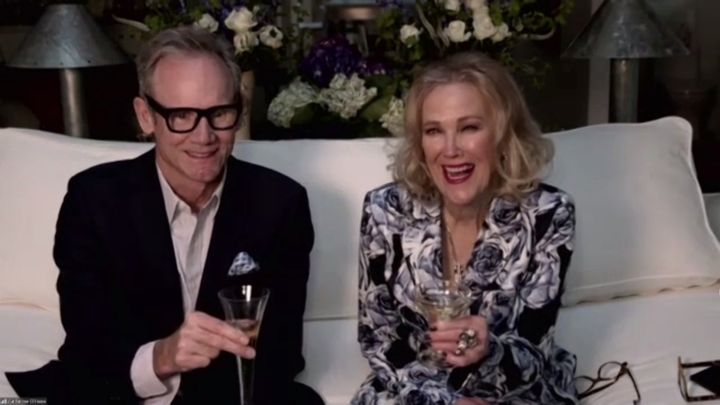 Blame its timing or the bit itself, but Catherine O’Hara really made us awkward with her acceptance speech.

While accepting her award for “Best Performance by an Actress in a TV series- Musical or Comedy,” she tried to get some laughs by acting as if “she played off” by her husband but because of some poor video quality. The bit didn’t land and viewers were left scratching their heads wondering what the hell is happening.

Congratulations again to Catherine O’Hara 🎊🎊🥺💖 #GoldenGlobes Best Performance by an Actress in a TV series - Musical or Comedy 💖✨(just a bad little vid, but I’m sure there’s a much better one somewhere) So happy for our Queen Catherine! #welldeserveted pic.twitter.com/klrNRYwpq2

So, Tracy was responsible for announcing the best score award category, and the winner was the animated movie Soul. And we don’t know the reason, but he pronounced Soul like “Sowl” (maybe because it has been a very long three hours). However, he realized the mistake and intended to correct it, but it was too late because the winner’s acceptance speech had already started.

So, which of these moments did you find most awkward? Let us know in the comment section below! Also, like our Facebook page as we bring latest Hollywood stories and interesting news about celebrities to your timeline.