Tahar Rahim had just gotten over the success of his award-winning performance in the Mauritanian, and he has dived into another project that is gritty and engrossing. In the new Netflix series, he is playing serial conman Charles Sobhraj who terrorized Asia in the 1970s.

He managed to trick and deceive Interpol repeatedly, as there were several instances when they came incredibly close to capturing him. If Catch Me If You Can and Narcos had a baby, it would be this show. The Serpent is a crime thriller that you must watch on Netflix! 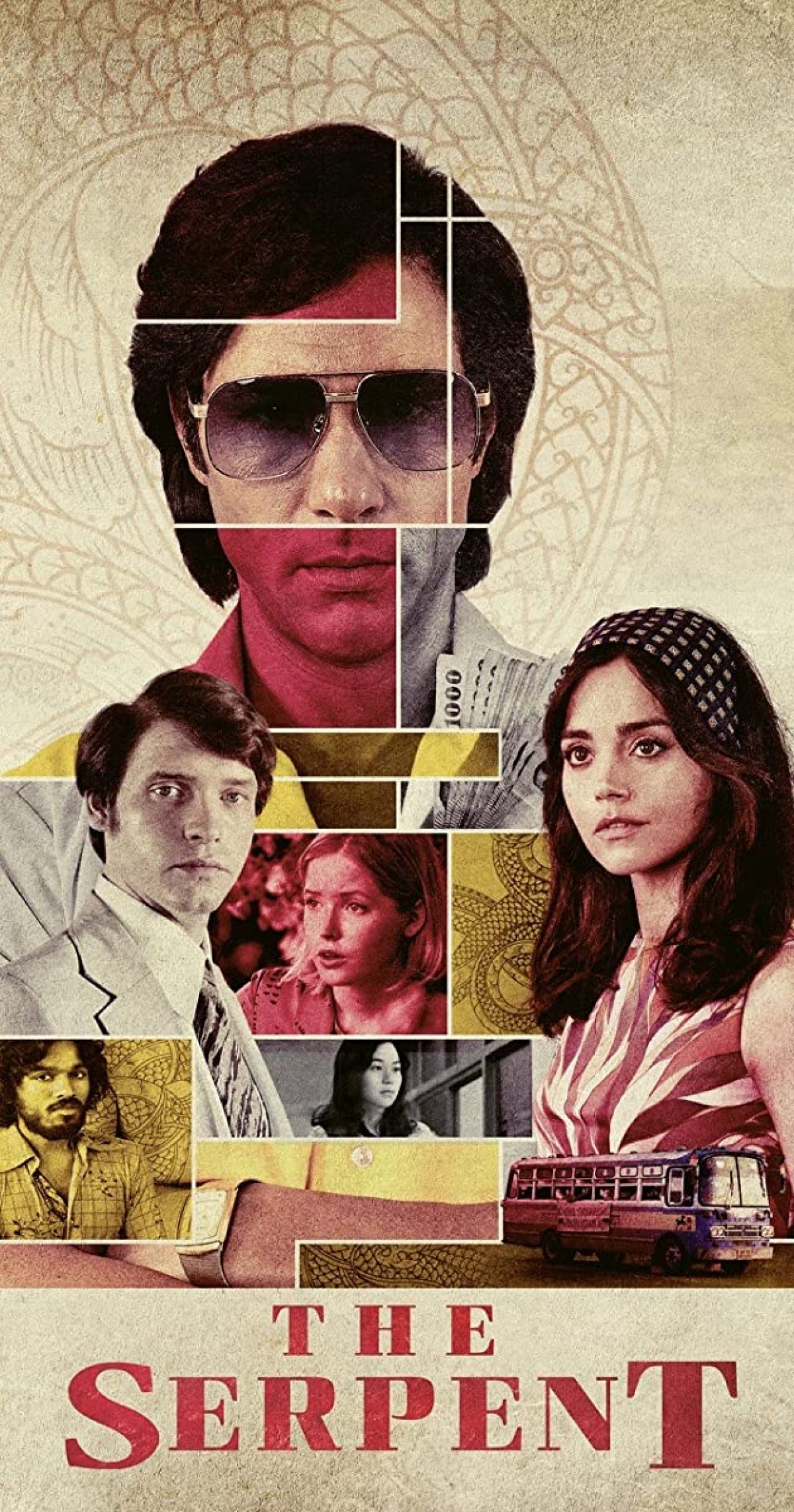 If the aforementioned description managed to excite you, this show is made for you! Do you want to know when the series is going to release? Has it already released? Who is Charles Sobhraj? We’re going to tell you everything that you need to know about this man and the series, so let’s get on with it without wasting any more time.

This show is actually a collaboration between Netflix and BBC - It’s the tale of Charles Sobhraj who is a notorious conman who went on a crime spree all across Asia. He terrorized the continent from 1975 till 1976, and the entire reign is beautifully visualized in eight episodes.

Charles and his girlfriend, Marie-Andrée Leclerc, were gem dealers who committed a wide range of crimes all across Thailand, Nepal, and India. These actions were brilliantly choreographed by these criminals, and they were accused of murdering a large number of Western travelers.

He was born in 1944 in Saigon, which is a small place in French Indonesia. He started out as a notorious thief, but ended up becoming a serial killer who haunted and preyed upon the tourists of South Asia. Do you know that he committed more than a dozen of murders from 1975 to 1976, because of which he ended up gaining the title of The Serpent?

He got the name because of his cunning nature and the ability to trick authorities, but eventually he got caught in 1976. He was convicted for 20 years in prison and— after his release in 1997— started a new life in Paris. By 2003, he was arrested and got involved in double homicide in 1975, which cost him life in prison. Even today, he is in a prison in Nepal.

The Serpent will release on April 2nd on Netflix and it stars Jenna Coleman, Tahar Rahim, and more. Jenna Coleman is, of course, playing the role of his girlfriend on the show. The series also stars actors like Billy Howle as Herman Knippenberg, Ellie Bamber as Knippenberg’s wife, Amesh Edireweera as Ajay Chowdhury, and Tim McInnerny as Paul Siemons.

Are you curious about the real relationship between Charles Sobhraj and Marie-Andree Leclerc? Do you know that their relationship is even more twisted than one would anticipate?

Early reviews of the show suggest that Charles Sobhraj and Marie shared a chilling relationship and it was beautifully portrayed by the talented actors. The eight-part series shows the horrifying crimes and how the serial killer manipulated the ones around him and how his girlfriend equally participated in his crimes. The show is obviously inspired by true events and so it holds real shocking value.

A large number of people aren’t aware of his existence, and so, when they will watch the series unfold the activities of these criminals, they will be shocked to their core. For instance, Sobhraj used to hunt and prey on backpackers who would travel on Asia’s so-called “hippie trail”. It will be interesting to see how his girlfriend was so willing to assist him in all the crimes.

We, in fact, want you to know that in real life, their relationship was even more sickening and destructive. The way they functioned and operated together, it was truly unnatural. Super synchronized and the thought-processing was the same.

Like every other psychopath, Charles Sobhraj has a natural charm – he had an innate glamour and charisma that drew Marie-Andrée Leclerc to him. The Quebec-born secretary met Charles in 1975 when she traveled to India. This was a short stint, but she soon returned to Asia in 1975 and then again to Thailand. It was soon after her third trip that she got involved in his crimes and actively participated.

Charles was an expert when it came to manipulation and exploitation, and so he gave himself the alias of Alain Gautier. He soon gave an alias to his girlfriend, and that was Monique. She was ready and willing to go along with his plans. When he was convicted in the 76s, she denied that she knew of his crimes but, soon, both of them became suspects of more than 20 crimes.

How did the two get caught?

Well, their crimes saw a stop after they got arrested for an attempted drug exploitation of a bunch of students. The vulnerable students were the ones who called the police and got away.

Jenna Coleman was asked in an interview about her process and how she prepared for the role. She said that she read Marie’s diaries to get into her headspace.

"The way she lived was completely delusional. It was all about squashing all of it away and not letting the truth in. She had an obsessive nature and was incredibly emotional.” - She said in the interview.

She further elaborated how Charles had the ability to control the people around him, and so she also felt that he was the one controlling Marie.

In addition to that she said, “In her earlier life Leclerc was religious and the way she writes in her diary, it felt like this obsessive devotion to Charles. The way she pivots on what Charles does and how Charles treats her – it’s like her every waking thought is this complete addiction to him. She’s completely connected to him. No matter what he does, even to the extent of murder.”

What Happened To His Girlfriend?

In the recent years, there were reports that Marie-Andree was imprisoned and convicted of all the murders she participated in.

Anyway, once she got convicted, she made the appeal to the court which got approved on the condition that she will not leave the country. Once she did manage to return to her country, she got diagnosed with cancer in 1983. She died soon after.

So, now that you know how interesting their story is, you must watch the trailer and then the series available on BBC iPlayer.

Before you watch the series The Serpent, we also want to give you a little more background on his victims. Connie Jo Bronzich, Ellie Bamber, Henk Bintanja, Teresa Knowlton were some of his victims (French students who went on hippie trail, too) – and their murders were the reason he got the nickname “the bikini killer”.

Ajay Chowdhury is the guy who previously took on the infamous role and nailed it to perfection; we can tell how it must’ve added pressure on Tahar. Similarly, Herman Knippenberg and Billy Howle were part of the BBC produced limited series.

And last but not the least; Laurent Carrier was the lawyer who was fighting this case. Nihita Biswas is the wife who is still alive and sometimes accused of his killings on the social media. He met her after his release from prison.