The Suicide Squad Trailer: 10 Major Plot-Points to Look Out For!

As soon as the buzz related to Snyder Cut died down a little, another fan favorite took its place: The trailer of Suicide Squad 2 is out and it’s colorful and a lot to handle. 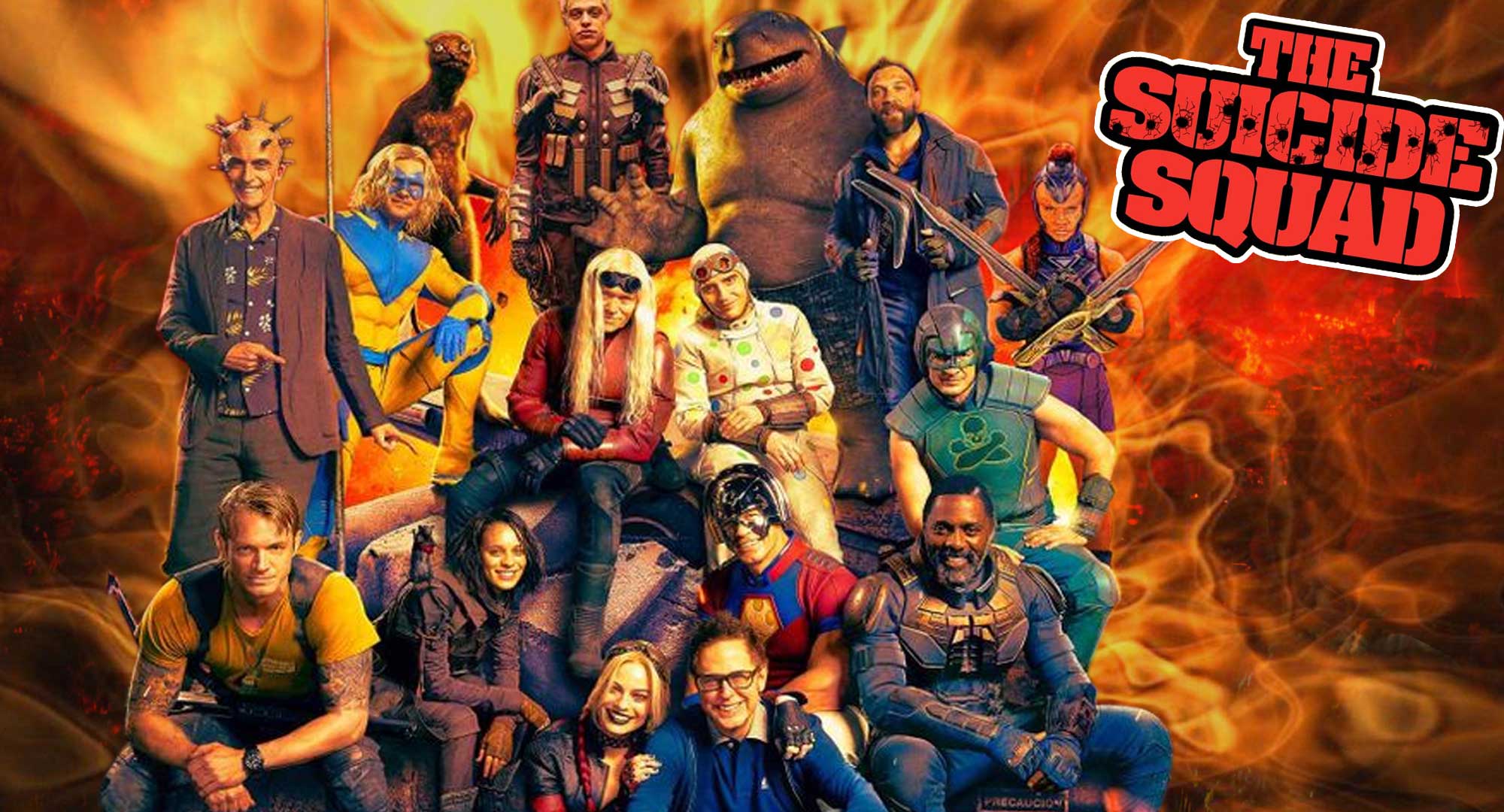 Let’s start with the elephant in the room – the disappointment of 2016’s Suicide Squad – the movie received poor response from the critics despite the incredible performances of the cast. Why did they give it another shot when they failed miserably in the first attempt? It’s a great question, and the answer is really simple: It’s because James Gunn entered the picture!

The man who got fired by Marvel was placed in the DC squad, and he really pulled it off, it seems! Interestingly, for both James Gunn and the franchise, this was a second and final shot at success.

Let’s come down to the trailer now.Surprisingly, the trailer gives off too many clues that support the arc of the characters, highlighting their strengths and weaknesses, and how their different qualities work together – or not.

The trailer has received a mixed response from the audience so far, but the critics, on the other hand, have loved it. You got your required dose of actions and blitz, and this time, we’re glad that Harley Quinn has not been overly sexualized. Without further ado, let’s discuss the major revelations and Easter eggs from the trailer: 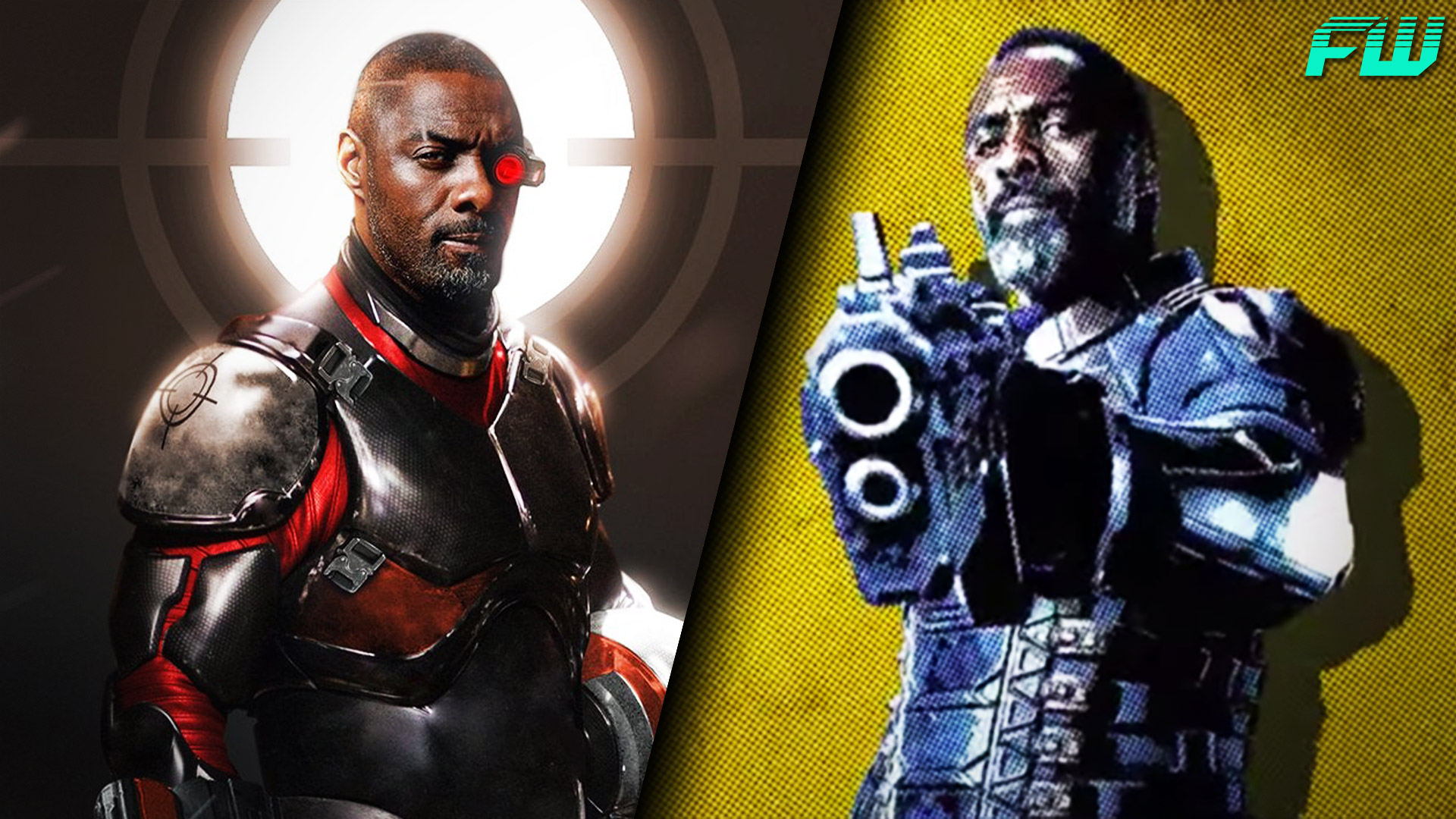 Idris Elba is essaying the role of Bloodsport, who is referred by his common name, Robert DuBois in the DC comic books. Who is he? Well, he is a skilled assassin and is taking the role of Deadshot (played by Will Smith) in the Task Force. You can see him tossing around guns and other ammunition in the trailer. He is also poking fun atPeacemaker, who was pretty stiff in a couple of scenes.

The Suicide Squad is having its “back to school” moment – they’re back in the bus. Who’s in the school bus? You will find Peacemaker, Rick Flag, King Shark, Polka-Dot, and a couple more. The Peacemaker is being played by John Cena – this is honestly the greatest casting decision ever! The good boy who will go to any lengths to maintain the peace, even if someone’s blood. Savior complex at its best! Joel Kinnaman is back as Rick Flag, and it seems like he has developed a sense of humor this time. He seems more relaxed and laid back. We also see glimpses of King Shark and Polka-Dot Man!

Harley Quinn is in Danger 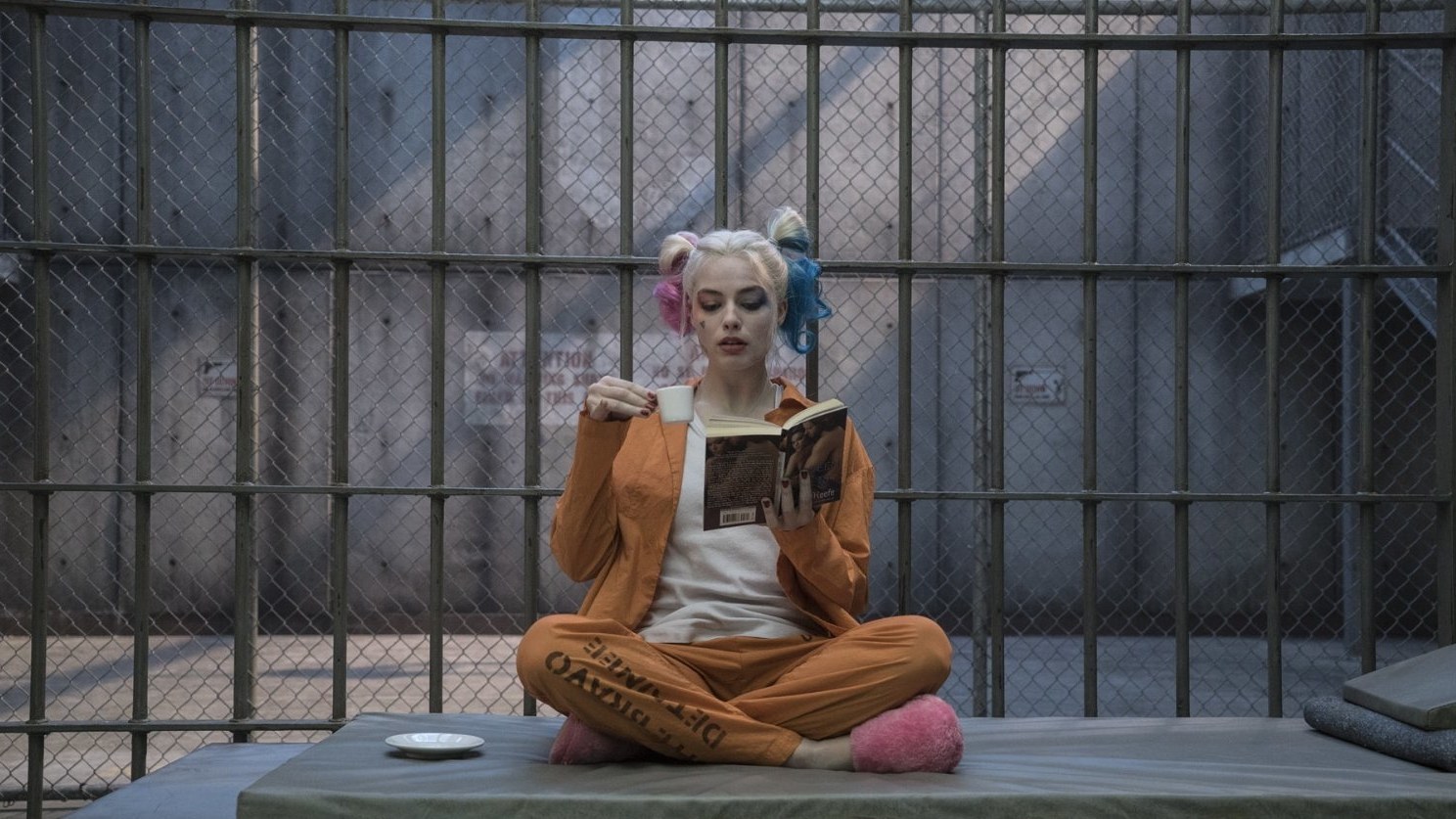 The trailer starts with all the bad boys teaming up to save Harley Quinn, who has been placed in a government building. We believe that there will be an insane plot twist where the bad guys will capture Harley Quinn and the group mates will team up to save their colleague. As you can see, their plan doesn’t go as planned, because Harley Quinn can handle her problems on her own. 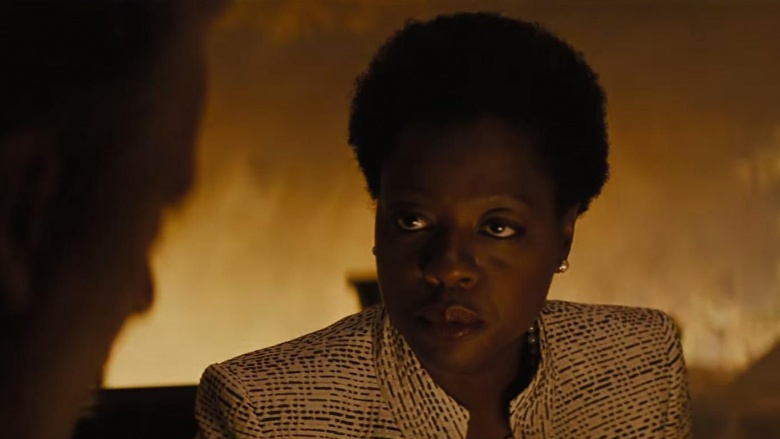 The actual villain of the franchise is back - Vila Davis is seen reprising her role as Amanda Waller. She is the architect of the group, Task Force XX, and it seems like she didn’t take Bruce Wayne’s advice (the one he gave last time to cease the group). She is clearly commending the headquarters and reminding the team to indulge in no funny business. Seems like she is also part of Harley’s rescue mission.

There’s a funny scene in the trailer where the Suicide Squad is worried and planning to take action to save Harley Quinn. Right when Rick plans to force fire, Quinn appears from behind and declares that she knows how to protect and liberate herself. She trusts her allies, but she feels a sense of “warmth” when she realizes that everyone had come to save her. That’s when she suggests that she can go back just to watching them save her from the enemies. 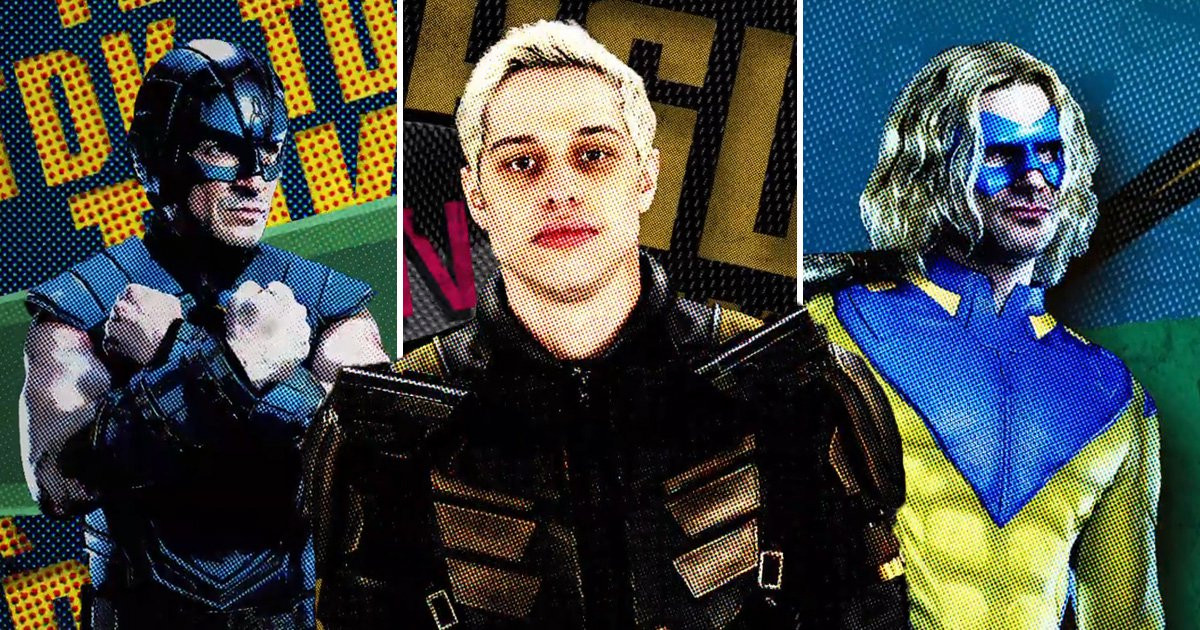 SNL darling, Pete Davidson is also making his debut, and his character is actually kind of iconic. He is a bad guy but with a sense of humor. Look, who said that you can be evil but not sillyat the same time? He basically fills that void in the movie. 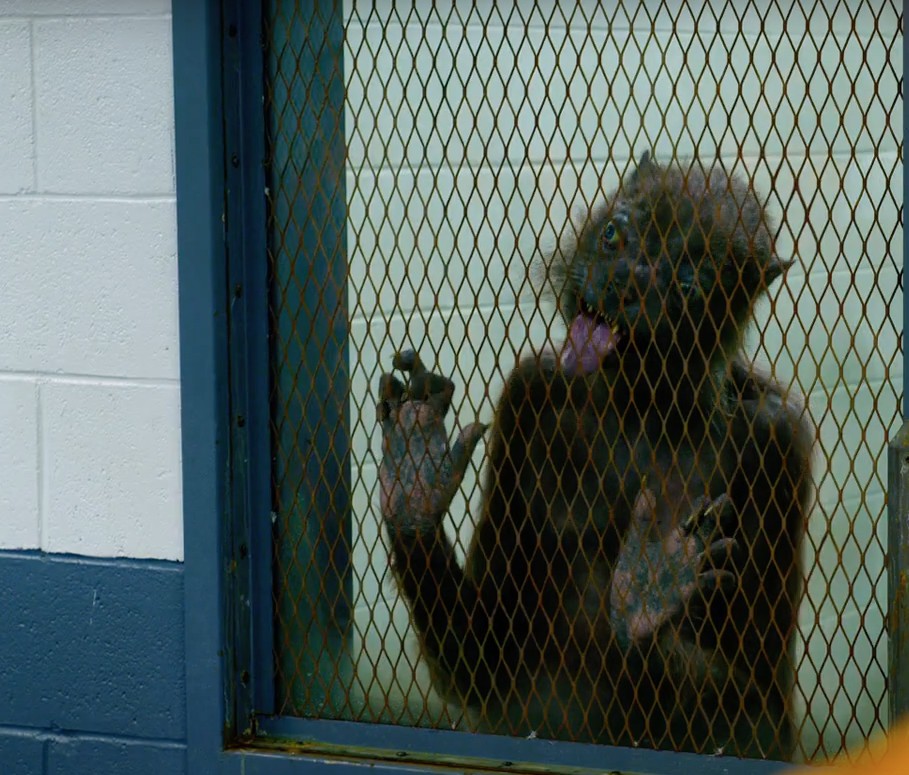 Sean Gunn’s Weasel was really the most bizarre character in the movie – at least the sequence that we got. He was licking the glass window of the jail he was in. He obviously stops doing that the minute he realizes he is being watched. Sean Gunn also plays Kraglin in the Guardians of the Galaxy! 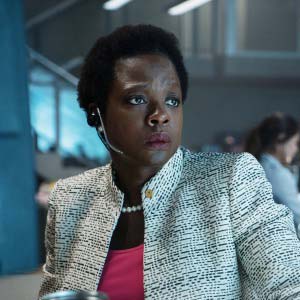 Amanda Waller is back, and she’s even more brutal than she was in the first movie. The savage queen is using her traditional blackmailing techniques; she makes her team inject the Suicide Squad with bombs that explode on Waller’s dictation.

The life of Suicide Squad, Captain Boomerang is back. James Gunn has revealed in one of his tweets that he was actually looking forward to working with Jai Courtney as he’s an incredible talent. Jai was also seen in a cameo in Birds of Prey. He is one of the few originals who made it in the second film, and it seems like he hasn’t changed one bit. 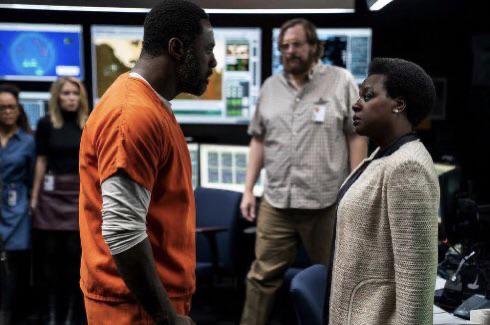 Nobody likes Waller, but nobody hates Waller more than Bloodsport. Anyway, so there’s one scene in the trailer where we can clearly see Bloodsport attacking Waller. And the color of her skin changing and the life from her eyes disappearing is quite a sight. It was a gutsy yet unpredictable scene because we are aware of the situation - the Suicide Squad is basically a prisoner to Amanda Waller.

These are the 10 major plot point that fans should look forward to. Like our page on Facebook for more story reveals about the Suicide Squad’s big trailer! Also share your thoughts on the Suicide Squad trailer! Do you think it will be better than the 2016 “Suicide Squad”?