Top 20 Hilaria Baldwin Memes and Reactions That Are Breaking The Internet!

Hilaria Baldwin just got the 5th son and, of course, it made headlines for more reasons than one would typically like. Anyway, after becoming a victim of several reactions and memes on the internet, she came out to defend herself by hiding behind “body positivity”.

Basically, on Monday night, the Hilaria posted a video to show to the world her not-so-good looking belly button ring. The video is taken seven weeks after the birth of the fifth son. In the video, the fitness instructor can be seen making a joke about the “situation”. 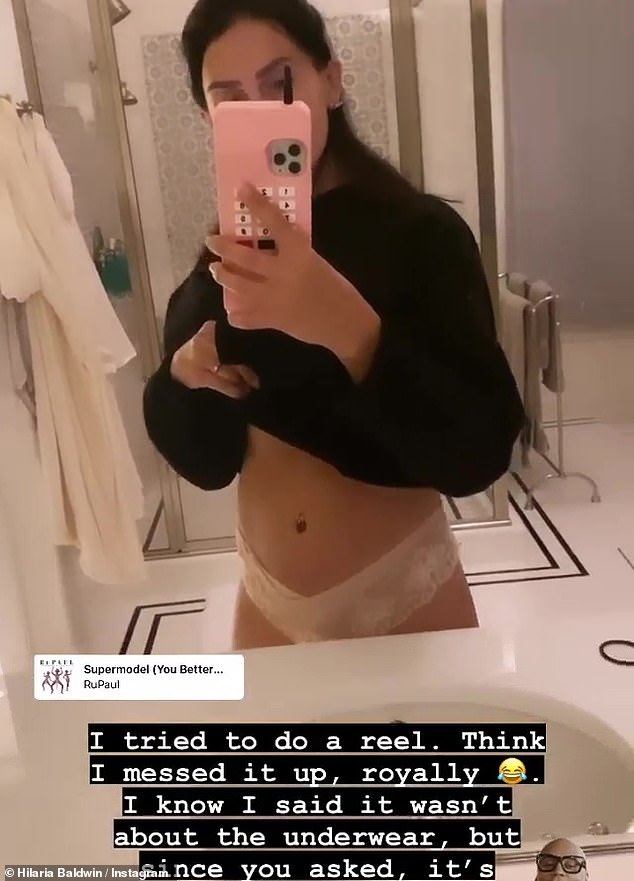 "It's about the fact that I lay on my back while my friend shoved my belly piercing back in while I clenched my teeth. So 90s? Yup ... and I'm 36, 5 kids, and still keeping it," she continued followed by a bunch of laughing emojis.

And this is when the problem begins.

One of the users asked Baldwin why she’s in her underwear if she doesn’t want to be in one right now. To this, she responded by saying that she’s got a 7 week old and she’s too tired to put on pants.

After this, a lot of people accused her of not being empathetic towards women who don’t look like her right after having a baby. Hence, comments like “I think you’re showing off and it’s just not inclusive” started pouring in.

Hilaria defended herself by saying that empathy doesn’t mean that you shouldn’t be yourself. She then claimed that she’s the biggest cheerleader for body positivity and love.

She then had a strong argument.

She said: "One thing you MUST know is that it comes in ALL different shapes and sizes, MINE. I don't judge anyone's body. Would you applaud me in this post if I looked different? Think on that. Should I hide because of my body? I don't do anything wrong to be ashamed of my figure."

Check out 2021 most viral memes and mashups!

Hilaria noted something important: "That, for me, is not inclusive. You are excluding me because you are projecting some society invented, shallow idea of what is 'beauty' or 'fit.' I don't buy into it ... and I can tell that you hate and resent it ... so why bring it here? Why throw it at me?"

This isn’t the first time Hilaria has been a center of mockery on the internet. She has been facing intense trolling and criticism on social media for her relationship with Alec’s daughter, Ireland and for sharing her miscarriage stories. Despite it all, she’s remained true to herself and continued telling stories about parenthood, body positivity, and her ups and downs.

She recently shared side-by-side pictures of herself right before giving birth and two days after giving birth.

She also showed gratitude towards her body for pulling off such miraculous actions. In her postpartum post, she said that she’s thankful for all that her body is capable of and the journey that she went through. She’s grateful that she was able to deliver her baby safely and nurture the fetus while it was still inside.

Hilaria and Alec have five children together.

We can understand why the trolling happened because she does sound a bit tone deaf. But we can only assume that the intentions were pure. But again, is the internet world forgiving? We bet not!

By the way, have you liked our page on Facebook? You can do so and get the most interesting information from around the world, and not to forget, the best memes.