We’re all concerned about the mental health of Donald Trump – even his niece. But he certainly thinks of himself as a prodigious – and maybe that’s more concerning considering we’ve got over a million citizens crippled by the virus while he can't stop bragging about his cognitive test.

Everybody knows how fantastic Trump is when it comes to rambling during conversations. His thoughts are like bubbles that need instant bursting because they easily become toxic and deadly. Remember when he looked right into the camera and asked, “Could we inject bleach into the body to kill the Coronavirus?”

Anyway, to cause distraction, Trump revealed that he took Montreal Cognitive Assessment (MoCA) back in 2018. For your information, this is a basic test that assesses the cognitive functioning of adults with dementia and Alzheimer’s or related conditions. The test is pretty simple: draw a clock, identify pictures of animals, repetition of five usual but unrelated things.

Now Trump who passed the test can’t stop bragging about it. Weird flex but alright.

In a recent interview, Chris Wallace asked him about the test the other day suggesting that the test isn’t supposed to be tough – Trump insisted that it was, of course.

He further elaborated on the test saying:

Tell you what, you must get Donald Trump Talking Figure from Amazon. It speaks 17 different audio lines in his voice – it's supper fun because at least it doesn’t talk back. And if you like, you may punch it, too!

Anyway, the king of rambling is also a meme now – this isn’t a new feat for him though. 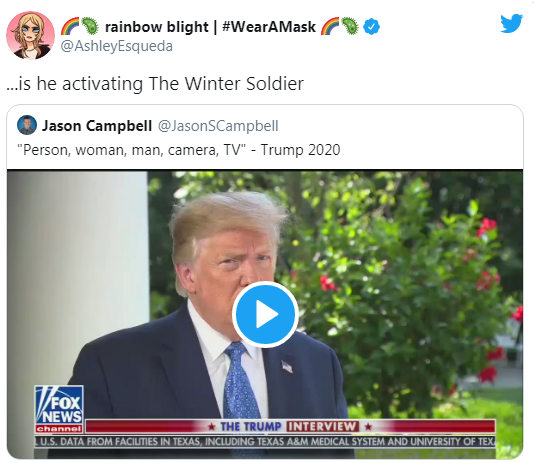 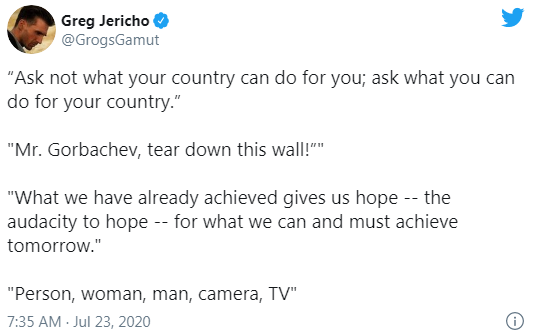