Where To Get the Queen’s Gambit Green Pills and What Are They Actually!

If you’ve not watched The Queen’s Gambit (yet!), you should know that the article contains spoilers.

There are thousands of examples of drug addiction on screen – it’s a fairly ancient concept. One of the major plotlines of Netflix’s new series, The Queen Gambit, is drug addiction, but Beth Harmon’s story of abuse is refreshing and new.

First of all, it has women at the frontlines, battling out this dirty disease, and not caring about vanity. It shows how the child prodigy becomes a drug addict out of force habit which she developed at the orphanage where she was sent to after her mother committed suicide.

The residents at the orphanage were expected to line up and receive their vitamins every day: one red and one green. But interestingly, the drugs – given as vitamins – were of no help, and only added to the problems. 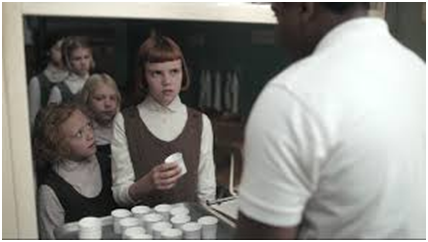 For example, Beth became an addict at the age of nine, when the drugs seemed to help her imagine the game on the roof of. It fueled her to become the grandmaster in chess by “clearing her head” and mapping it out on the ceiling of her room. The green pills, known as tranquillizers, became her weakness early on.

Her addiction becomes evident to the residents when she breaks into the medicine cabinet to steal all the green tablets. By this time, the orphanage realizes the detrimental side-effects of the drug and decides to take them off their list of “vitamins”.

These pills make a return in her adulthood when she discovers that her adoptive mother is also dependent on it. It is revealed that she had been prescribed these medications by doctors as they helped her deal with the stresses of her unfulfilled dreams and failing marriage. Beth now starts using her prescriptions to get medication for herself – becoming an addict again. And her adoptive mother makes it easier, as she used to send Beth to get the pills.

But those who’ve watched the show must’ve wondered what these pills are? What’s the deep dark secret of these orphanage and mom-approved green pills and tranquilizers?

So, let’s start with the most obvious question: are the green “tranquility” pills even real?

Not exactly – the show refers to these pills as Xanzolam, and it’s not a real drug. However, Newsweek has reported that Xanzolam has striking similarities to chlordiazepoxide, which is a benzodiazepine marketed as Librium. This drug got a lot of popularity in the 1960s – the same era The Queen’s Gambit is based in.

The two-toned green capsules are similar to Xanzolam. In fact, there was a scene in the series where Beth had gone to Mexico for a Chess tournament and she had run out of Xanzolam. She then received Librium from the local pharmacy. Librium was approved by the medical board in 1960 for anxiety, insomnia, and other medical treatments. However, by 1970s, the usage became concerning, and the DEA had to implement stricter rules so that no overuses it. The over-prescription was obviously dangerous for addiction and other reasons.

Initially, the marketing for the tranquilizer was targeted towards young women and housewives who were physically healthy but dealing with mental health issues. Instead of giving them financial independence or sharing an equal status in society, physicians of the time decided to put them on sedatives for the rest of their lives. 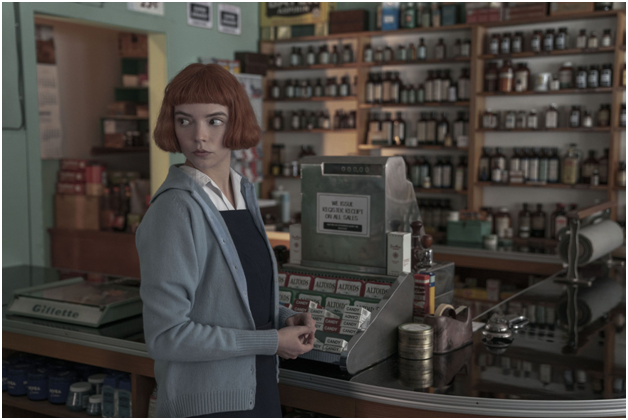 Now, here’s an important question: Where did the idea for Beth's addiction come from?

As you know, the series is based on a 1983 novel of the same title. Well, the writer had drawn from many experiences of his own life and incorporated them into Beth’s world. Beth’s addiction was one of his personal tales. He spoke to the New York Times in an interview and described how writing Beth’s story felt like catharsis. He resonated with Beth’s addiction as it helped him address his own struggles with drug and substance abuse.

"When I was young, I was diagnosed as having a rheumatic heart and given heavy drug doses in a hospital. That's where Beth's drug dependency comes from in the novel. Writing about her was purgative. There was some pain—I did a lot of dreaming while writing that part of the story. But artistically, I didn't allow myself to be self-indulgent." – He said.

Benzodiazepine became widely popular in the mid-20th century but the chemist and doctors at the time failed to figure out the properties that triggered dependency. When the over-prescription became uncontrollable, the medical board had to take a step.

American Addiction Centers claimed: “As with many drugs that have psychoactive effects, people quickly began to note the euphoria that resulted from taking these common medicines. ... Whether through this recreational abuse or through abusing the drugs for their treatment effects, benzos have the potential to cause tolerance, dependence, and addiction."

Now, what struck us the most was the link between orphanage and addiction. It made us question our beliefs – did the orphanages really drug children and residents at the time? Does it still happen?

Unfortunately, yes. A report in 2018 claimed that many orphanages actively participate in inducing drug-reliant habits in children. Several orphanages in the USA, Canada, Ukraine, Romania and Russia opt for this tactic to control the children and emotionally calm them down after the trauma of separation and/or abandonment.

In the show, Beth’s orphanage was ordered to stop feeding these drugs to children as well – but it was probably too late.