5 Reasons Why The Social Dilemma Is A Must Watch

We were all gutted when COVID-19 forced us inside our homes. At such a lonely and disorienting time, we depended on social media – YouTube, Twitter, Facebook, Instagram, Gmail, Slack, WhatsApp, Zoom, iMessage, etc. These apps and tools helped us stay connected with loved ones and do our jobs efficiently.

However, despite all the perks that social media has to offer, we’ve always been suspicious of its operations. We’re used to hearing conspiracy theories and headlines about how technology and social media are deadly combinations. They disturb our sleep cycle, hinder real-life experiences and our ability to connect, and also impact our self-esteem negatively.

If you watch The Social Dilemma, you’ll not only find out about the serious consequences of the increasing dependency on social media, but you’ll be forced to accept how dangerous and disconcerting it really is! Take this as a moment of complete bluntness but you might even consider the idea of going off the radar.

The Netflix original begins with this quote: “Nothing vast enters the life of mortals without a curse.” It summarizes the entire documentary – how sometimes things may seem innocent, full of good intentions, but they might potentially hold a threat against humanity.

For instance, did you ever think that the like option on Facebook was dangerous? Well, according to Justin Rosenstein, who is the former Facebook and Google Engineer, this option was created to track the behavioral patterns of users as opposed to spreading love and positivity. 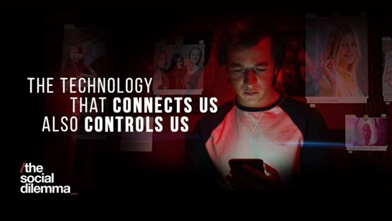 So, let us point out 5 reasons why The Social Dilemma is a must watch!

This documentary does a brilliant job exploring the deeper side effects of social media and Google search engine. Just to give you an insight, this movie will explain how things are much more complicated than you might first perceive. The creators of these platforms are not only selling you a pretty picture – they’re manipulating you and exploiting your innocent curiosity.

By putting up painted pictures in front of you, they’re changing your outlook on life, and eventually your behavior.

Social media plays mind games – it’s like a maze with several harmful psychological hooks. It won’t be wrong to suggest that social media is far more addictive than drugs and alcohol. Now it’s not like you didn’t already know this. It’s possible that you previously had an uneasy feeling about social media when you saw things being recommended to you – things that you had only thought of in your head or discussed with your best friend over a sleepover. But after watching this movie, you’ll almost feel like you’re living in a simulation and being controlled by bots and treacherous individuals.

When was the last time you spent quality time with your family – free from technological devices and social media? Your answer may not surprise you but it should concern you. Social media is like a gradual but precarious disease that destroys your family life.

By now, we’re all guilty of writing long passages in honor of our family members on social media platforms but in reality, we hardly have anything to say to one another. We’re connected on Facebook, we follow each other on Twitter, and we might even check each other’s stories on Instagram to know about our whereabouts, but do we really know one another anymore?

The documentary gives us a fictional tale of a family disturbed by the consequences of social media. Their youngest daughter slashes a hammer to break the vault and access her phone – which was locked away for one hour by the parents so that she could eat her lunch in peace. The eldest daughter doesn’t have a phone at all. The family is trembling with fear of what’s to come as they’re aware of how dysfunctional their dynamics have become due to negligence and lack of awareness about social media usage.

Yes, Mark Zuckerberg has been brought in for questioning several times by the US government. He’s been put on trial many times as people have shown concern over the suspicious activities carried out by Facebook and its subsidiaries. It’s possible that he will continue to be a friendly

face in these legal proceedings, but the truth is that he will continue to lie and brag about its innocence and righteousness.

All of these social media creators have their hands dirty – but they’ll never accept it. In addition, if you ever thought that they take their role in society seriously, then you’re slightly misguided. They don’t care about anything but business. They will always prioritize profit over responsibility.

We’ve always considered documentaries to be boring, but this one is different. It has some unique dialogues that capture your attention and force you to think. There are interviews and fictional tales that will warn you that if the addiction prolongs for the next 20 years, social media can stir up Civil War – and we’ll be totally helpless.

This Netflix original attempts to identify the problems and solutions of the tech industry. It aims to discover the root cause that initially entered the safe domain. If there’s one thing that you’ll accept after watching this movie like indictment, it is this: Social Media is dangerous and we should not participate in it. 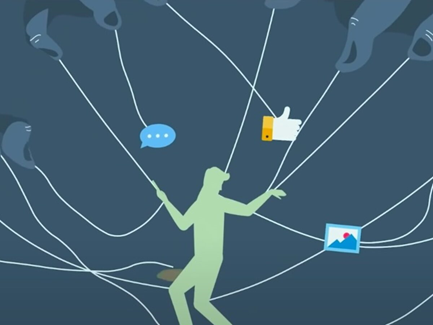 It’s not simply evaluating our dislikes and preferences, it is interfering in our real life, compelling us to buy things, and lose focus on the things that truly matter.

Watch the documentary and tell us if you’re as afraid as we are!