Coronavirus has certainly revealed some interesting faiths and beliefs which were previously unknown. Among those, the number of people who believe in anti 5G theories is surprisingly quite high and their confidence has led to the burning of 5G towers in the United Kingdom.

If you’re wondering what drives these conspiracists to go to such extent, then check out the book “Death by 5G towers: Conspiracy to End Mankind.” This book contains all the eye-opening theories about how the government is going to use 5th Generation signals to blast through your devices and threaten mankind to its extinction. Well, some of these theories sound quite reasonable and may turn you into one of those anti 5G believers!

While the government and networking companies are making sure that people refrain from following such illogical practices, a guy from Seattle made some cash by scamming the whole anti 5G community. He set up a website that sold “anti 5G repellent lotion” and surprisingly earned over half a million dollars since January.

The website had customers from all around the world but fortunately, the authorities found it and it was taken down on the 15th of April. The product from the site was advertised on the Facebook groups that promoted the whole agenda of anti 5G theories and people bought anti repellent lotions via Amazon in bulk. It was sold for $20 apiece but just before the site was removed, it had changed the price to $80 on eBay. 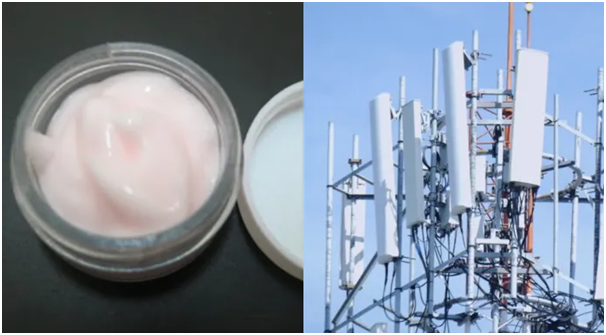 If you are still finding the whole scenario unbelievable, then we have some more shocking news for you. The product also had highly positive reviews because people believed that this lotion was actually saving their lives.

“We got one can of this precious 5G repellent lotion and took it to the lab. Turns out it is just a very old Vaseline lotion mixed with very old sunscreen. It is really said that people could just believe in something silly like this and spend their money on something they have no clue about. If anything will give them cancer it is the anti-5G lotion, not 5G towers”, said Levi Brooks.

Just imagine the surprise of the scammer when people actually promoted his site and bought the lotion! Well, if there are still some lingering fears in your mind, don't get disappointed by such scammers! You can try out Anti-Radiation Stickers on your digital devices to prevent yourself and your loved ones from harmful radiations.

Thankfully, most anti 5G groups on Facebook have been removed as they lead to mass destruction in the UK but one cannot help but wonder about the gullibility of humans and how anyone can just capitalize on their fear.