Black Lives Matter Painted On The Street To The White House

Protestors are doing everything in their power to piss off the racists.

CNN has reported that Mayor Muriel Bowser has commissioned a bunch of protestors to paint the street leading to the White House with large yellow fonts saying “BLACK LIVES MATTER.”

When New York Times writer Emily Badger went to Street 16, she was humbled by the letters. When she asked what was happening, they casually said: “just paintin’ the streets”.

The 16 letters are as wide as the street and give a “real middle finger to any federal forces flying over overhead.”

If you’re curious, check out the video that Mayor of DC has shared on his social media account. You can see the view from the top, and music can be heard in the background. It’s quite spectacular!

Emily has further noted that the color yellow is not chosen by coincidence. On the contrary, it is the same tone and shade that is used by the city officials to strip road lanes.

By now, the entire world is aware of the protests happening in all of the United States. This piece of work isn’t anything but a contribution to just that. Hundreds of people gather around the White House every day and raise their voice against racism. As a result, they are victimized by police brutality.

Interestingly, last week, when the protests got loud and powerful, Trump – along with Melania and their son, went underground into the presidential bunker for an hour or so. 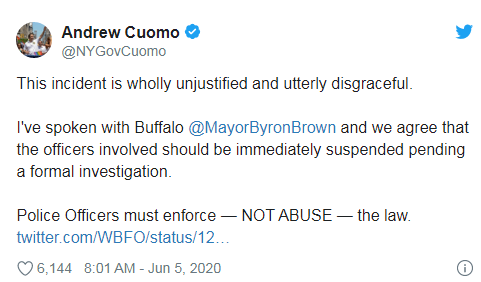 Muriel Bowser – Mayor of DC, has been pretty vocal on media about the riots in the city. He’s been supportive of the movement ever since George Floyd’s brutal murder took place.