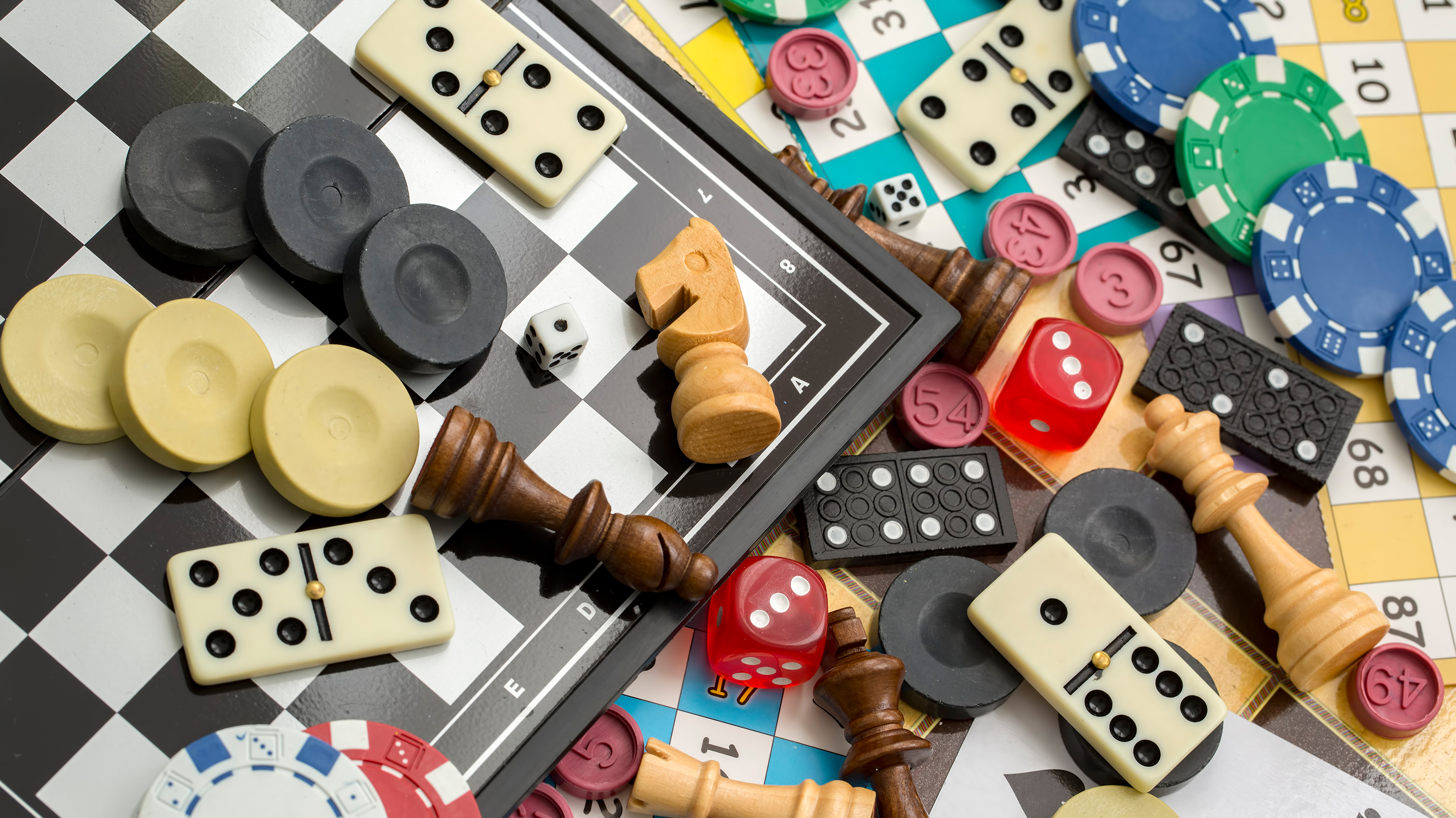 During the pre-pandemic days (when you hadn't witnessed these unbelievable moments of 2020), when mornings used to be so peaceful; when moms could actually have a peace of mind after sending their kids to the school. Now it all feels like a distant memory!

check out the smart mom with an amazing hack to keep noisy kids away!

Staying in quarantine during the COVID-19 pandemic is certainly not an easy task, especially when you have three kids at house to entertain. Obviously being caved in homes for months is not something we would wholeheartedly choose. But it would have been much easier when there’re no kids at home.

Imagine you can re-watch the entire seasons of F.R.I.E.N.D.S (check out their cast now) without being interrupted by your toddler, you can brew your own bear, cook elaborated meals in the evening and finish reading all the books pending in the list; life is good and peaceful!

Ppfftttt…. Sorry for bursting your imagination bubble but there’s a situation in hand which needs your urgent attention:

December Global Holidays as displayed on Google homepage are already here and your kids are expecting something different than the usual routine. And sorry to disappoint you but that same homeschool-TV-sleep-repeat routine won’t work during the holidays.

check out the 26 best MP3s for the upcoming holiday season!

Those little fun-seekers are expecting something different and fun to spend their holiday evenings (how about these 5 winter indoor games for your kids)! We know there’s not much scope available for entertaining kids while being confined within the boundaries of your home. But don’t worry! We’ve got you covered!

We have rounded up the list of best indoor activities for kids to keep them entertain in quarantine, especially during the holiday season! 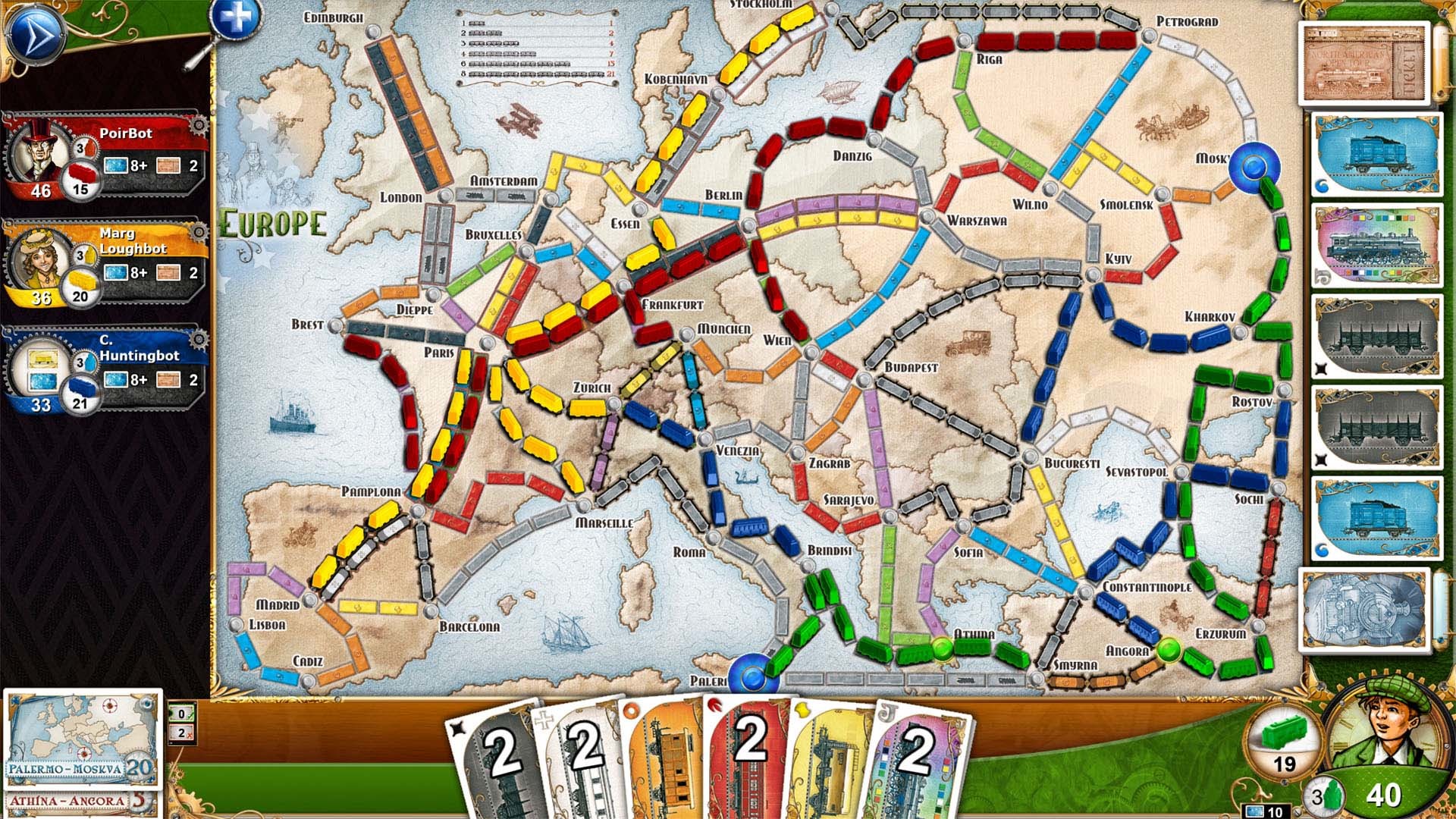 Ticket to Ride is a board game that involves two or more players, competing each other to build railroads of the United States. Kids ranging from 8 years and above can play this game. While the rules are pretty simple and easy to learn, the game still calls for some smart strategy to win.  And when the entire family playing the roles of railroad magnates, things can get pretty competitive. 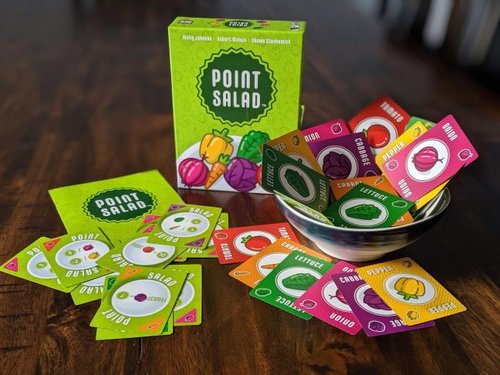 Designed for 8 years old kids or above, it involves 2 and up to 6 players where they compete each other to get additional points. It’s a fun and easy-to-learn card game, consisting of either vegetable cards or opportunity cards of earning points for distinct vegetable combinations.

The recommendation age bracket mentioned on the card game is 14+, but younger players can still play this game. All they require is a few math tricks, and they are good to go! This card game offers a great way to learn mathematics while having fun at the same time. 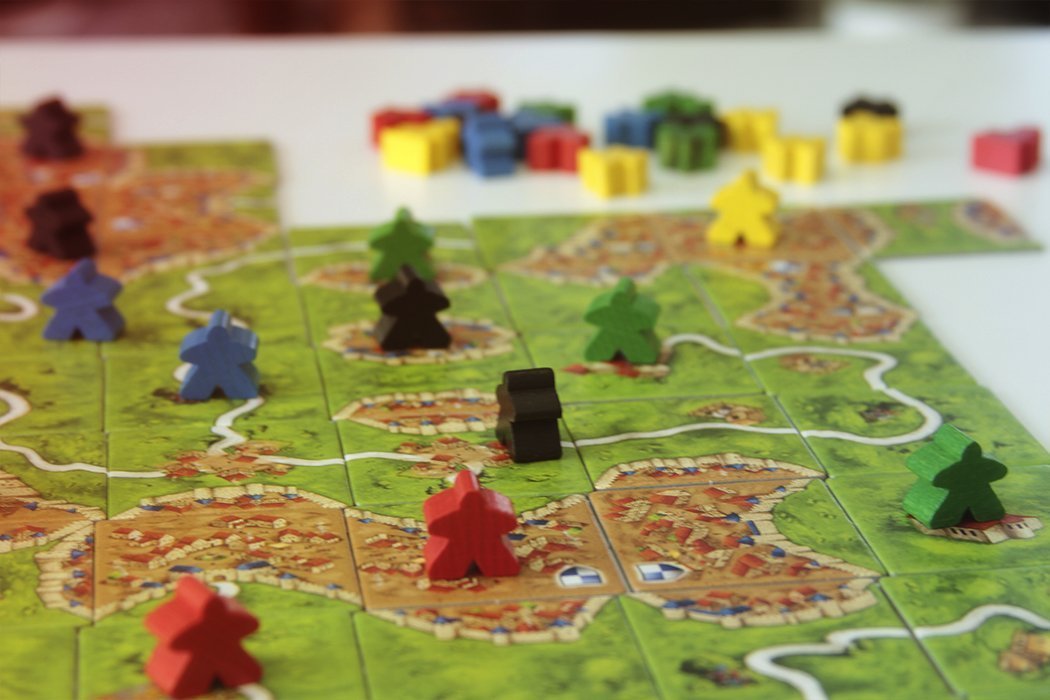 This game involves players to build walled cities, monasteries, roads and farms in a medieval fortress town in France. The most interesting aspect of this game is that you won’t lose your interest even if you’re running down in the points table; it keeps you engaged till the end. This game may look like an adult complicated board, but in reality, it is equally exciting and challenging to the 7 years old.

A 2000 years old game feels still relevant to this age! Parents can purchase a wooden mancala set consisting of 48 glass pieces, or they can DIY it at home. Or better, you can even play it in your backyard by digging 14 holes and finding small items instead of the pieces. The rules are pretty simple and a player with a good strategy can easily win the game!

Designed by the creator of the Oatmeal, Mathew Inman, this card game is “for people who are into kittens and explosions and laser beams and sometimes goats” offers hilarious one-liners with each card, and has an interesting gaming structure. Each round of the game concludes with a tense battle between players to figure out who will be the last standing person when the exploding kittens pops out. The best part is; this game even have a quarantine special called “Quarantined Kittens,” that invites people to join the game through virtual chat. 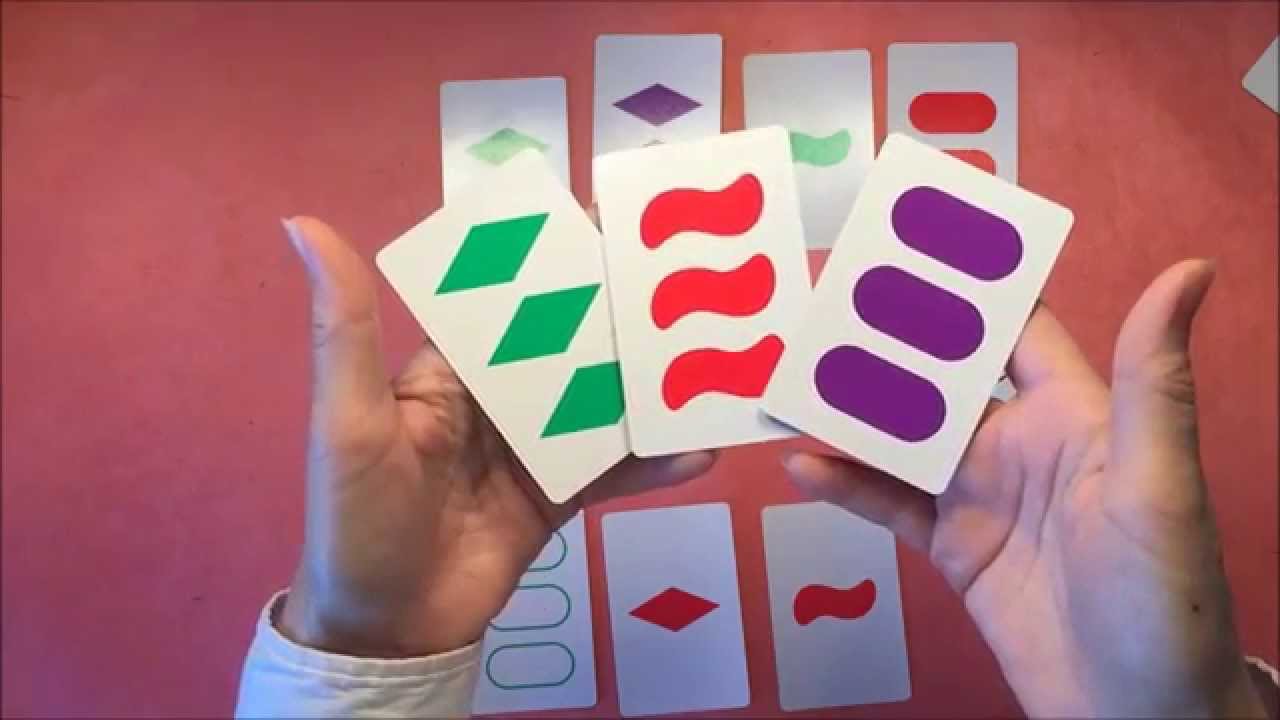 This game challenges cute little humans to sort cards according to shapes, color and sizes. Anyone who first sorts all the cards will be declared as a winner! But the rules can be tweaked if your child isn’t interested in speed games. The activity of sorting the cards is so engaging that it will definitely hold your child’s attention for quite some time, giving moms enough time to prepare the holiday feast.

A Quirkle card game includes a set of 108 tiles with six different colors and shapes. Players are required to make sequences in exchange of points. It encourages your child to learn different patterns and tactics in order to win. A player with the longest sequence, consisting of six title of same color or shape, can declare themselves a winner by saying “Qwirkle!” Honestly, it’s an absurdly satisfying game that offers equal fun to the adults as much as to the kids. 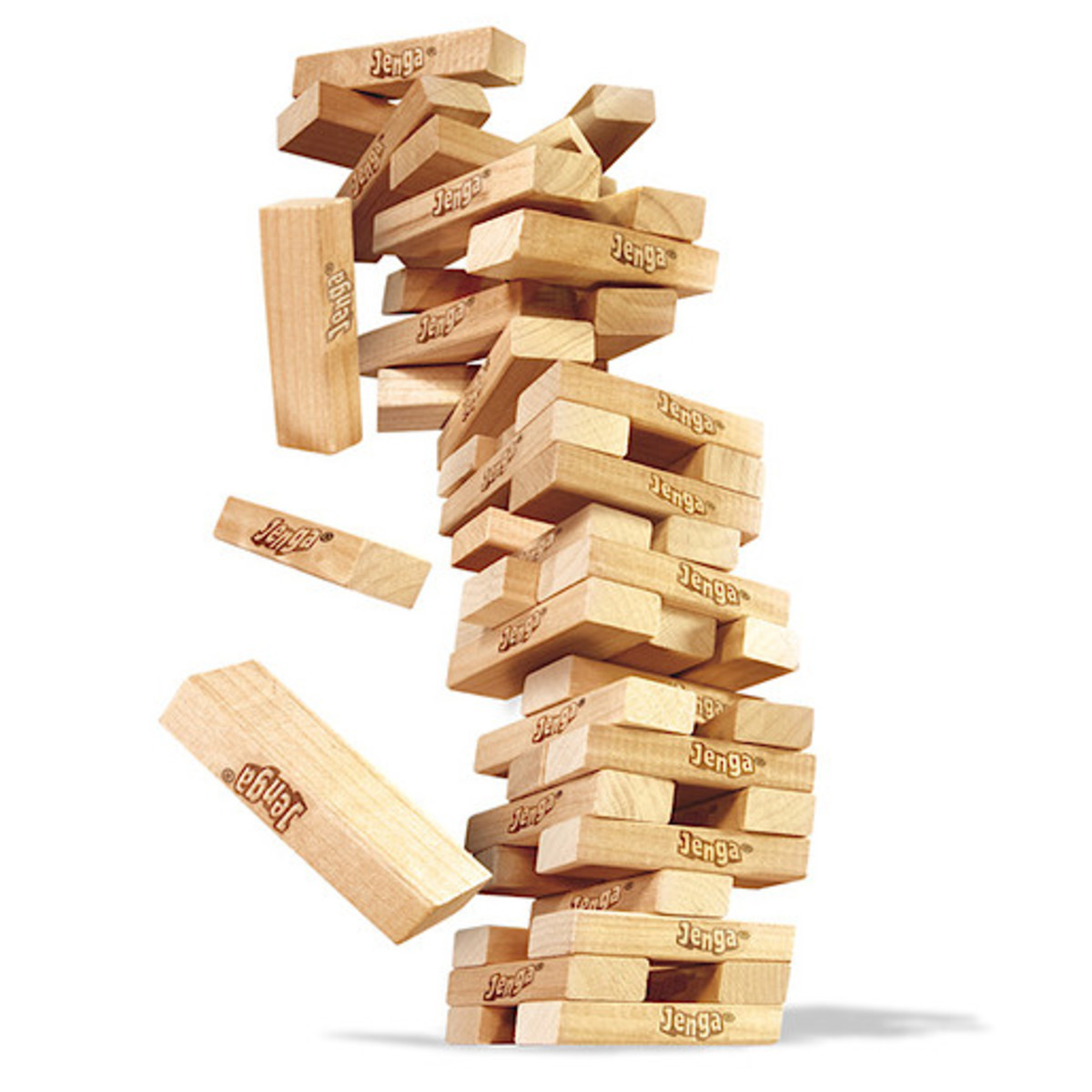 The players take turns to pick out blocks from the bottom of the tower and placing them to the top. This game of suspense keeps your child engaged for longer than you think! Tip: Blocks can be used to build anything other than just a tower! The most common card game Uno has always been the centerpiece of many family gatherings for ages. This game mostly requires a pure luck to win, but a good decision making to play the cards could also do the trick!

We hope that the aforementioned best indoor gamers will help you keeping your offspring entertained in quarantine during December Holidays.

Stay tuned to Hayvine as we discuss the 12 best indoor games.

If nothing else works, you can always use some extra little hands to help you with the holiday chores and decorations! Happy Holidays and yes, don't forget to participate and win exciting holiday vouchers by liking our Facebook page now!