Have you ever wondered who invented the most popular game Basketball?

And, for answers, you will definitely turn to Google, right? Well, Google has put on a Doodle to celebrate Dr. James Naismith, the guy who invented the game of tall guys “Basketball” in 1981.

He was a Canadian-American physical educator, professor, Christian chaplain, physician, doctor and coach. On this day in 1982, he announced the game and its original rules in a Springfield College newspaper, “The Triangle.”

Who would have thought that his college assignment would become an international behemoth game that would be played in over 200 countries in later years!

Here’s everything you need to know about the Basketball inventor James Naismith:

Who was James Naismith? 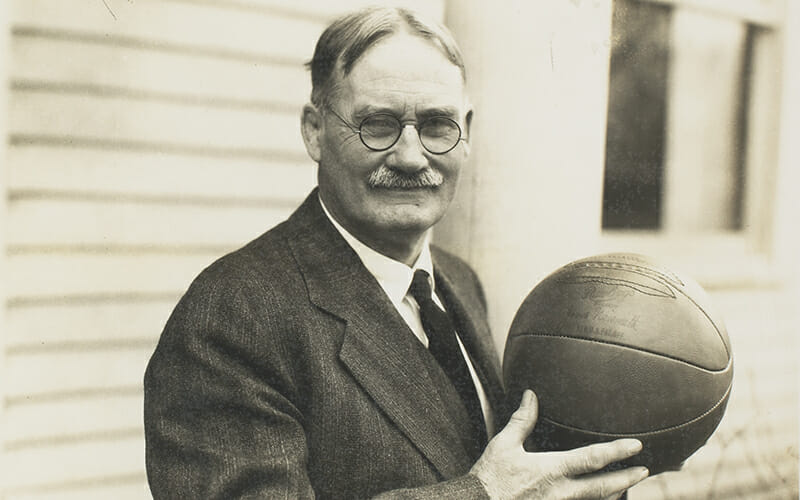 Born on November 6, 1861, in Ontario Canada, James Naismith received his bachelor’s degree from McGill University in physical education. He migrated to the United States in late 1981 and was appointed at the YMCA International College as an instructor in Springfield, Massachusetts.

He invented Basketball while he was teaching here. He was assigned with a task to come up with an activity or game that could engage students while ruthless New England winters. So, he came up with an idea of a game consisted of an enclosed gymnasium, a soccer ball, a basket, and ten rules. Here’s how a popular game “Basketball” came into existence and the rest is history!

And like any other genius guys who invented something, Naismith too had multiple degrees. After completing his bachelor’s in physical studies, he developed his interest in medical sciences and received his medical education in Denver in 1989, seven years after inventing Basketball.

The invention of Basketball: 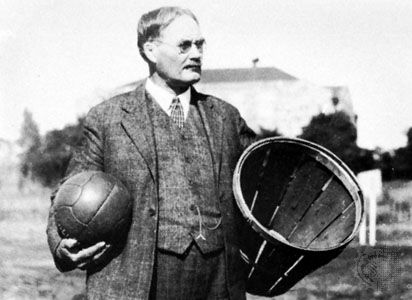 James Naismith was struggling with a rowdy batch of students that was restricted to stay indoor throughout the jarring New England winter. Dr. Luther Gulick, the head of physical education at the Springfield YMCA, tasked Naismith to develop an indoor game that would offer an “athletic distraction” to students suffering from the harsh winter. He was given a deadline of only 14 days.

Gulick asked him to create a game that wouldn’t take up much space and help students to stay physically fit throughout the chilly season. He explicitly instructed him to “make it fair for all players and not too rough.”

Naismith analyzed three main thoughts in his attempt to invent a new game. Firstly, he examined the most famous games of those times such as football, hockey, lacrosse, rugby and baseball; he thought that it would be too risky to play with a hardball indoors, so he concluded that a big, soft soccer ball would do the work.

Secondly, he observed that players were in most physical contact while running with the ball, hitting r dribbling it, so he introduced “passing the ball within a defined time” the only legal option.

Finally, Naismith eliminated body contact by placing a goal high above the player’s head and its opening parallel to the floor. This required players to throw the ball softly to score a goal.

The method of scoring a goal in this game was inspired by his old favorite game called duck on a rock. Naismith named this novel game “basketball” and jotted down his ideas together in 13 basic rules.

Basketball gradually rose to popularity over the following years and made its Olympic debut in 1936 in Berlin, Germany. The inventor himself threw the tip-off to commence the first Olympic game.

There were also the reports of calling this game “Naismith Ball,” but the inventor refused and decided to stay with an original name “Basketball.”

Naismith proposed Basketball as a way for students to stay physically and emotionally fit during the hard winter season. During those times, the schools were segregated, but Naismith made sure that this game could be playable by anyone of any gender.

In his lifetime, Naismith took several measures to ensure that basketball reach more young generation. Since then, the sport has evolved into a global phenomenon that successfully breaks through racial and gender barriers.

Here are some interesting facts about Basketball:

-“March Madness,” one of the most exciting basketball events begun in 1931, when the first NCAA tournament was held at the University of Illinois.

-Initially, the game was much shorter than it is today. Naismith introduced two 15-minutes halves, with 5 minutes of break in between.

-Back in the days, the students of Springfield YMCA used to play this game with a soccer ball and peach baskets. Referees had to retrieve the ball every time a player threw into a basket to score a goal.

-The string baskets we know today were actually introduced in 1900.

Shout out to Google for reminding us of this legend who invented the world’s most favorite game Basketball! If it were not him, we wouldn’t be sitting at the stands and cheering for our favorite NBA teams.

Here’s to Dr. James Naismith - Thank you for inventing one of the most fun-filled global past time. Like our Facebook page now and win exciting prizes!