How to Be Anti Racist? Find Out With Ibram Kendi

Ibram X Kendi is a black man who recently released a book on how to be anti-racist. He believes that from now onwards, it is not enough to not just be racist. In fact, you need to actively oppose racism because the lives of so many black people are threatened due to the injustices they have to face on a daily basis.

Kendi’s book is called How to Be an Antiracist. He confessed that he also had internalized racist beliefs like thinking that education and hard work will end the sufferings of black people. However, we know that no matter how hard this community tries to strive for success, multiple elements in the society always point their fingers at black people. 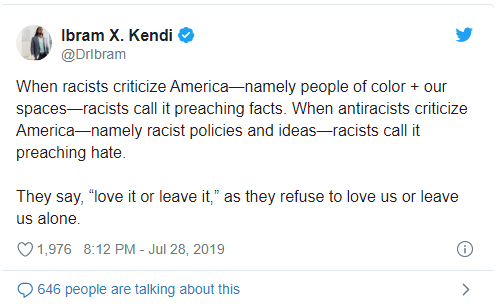 One thing that sets this book apart from other pieces of writings is that it is self-critical. Kendi describes a journey of growing out of his own racist beliefs and how to negate the ideas that seep into everyone’s minds at one point or another.

“I think first and foremost I wanted to convey that this sort of striving to be anti-racist is an ongoing journey,” says Kendi. “I realized that in many ways my sort of story or journey tracks the journey that many people have gone through or are going through ... I wanted to model for people what each and every one of us can do and should do in terms of how deeply critical we need to be of ourselves.”

1. Understand the Definition of Racist

We are quick to deny any sort of racism but very few people can actually give you the definition of what this word actually means, Merriam-Webster describes racism as “a belief that race is the primary determinant of human traits and qualities and that racial difference produces an inherent superiority of a particular race.”

Now reflect on your beliefs once more. Have you ever determined someone’s worth based on the color of their skin? If yes, then now is the time to shun that belief and actively participate in anti-racism. An antiracist, writes Kendi, is “One who is supporting an antiracist policy through their actions or expressing an antiracist idea.”

Most of the time, this serves as a self consolation more than it benefits the oppressed community. Even President Trump says that he is not racist but these words are not enough. You need to show anti-racism through your actions and soon, you would not find yourself in a position where you would have to justify yourself with “I'm not racist.” 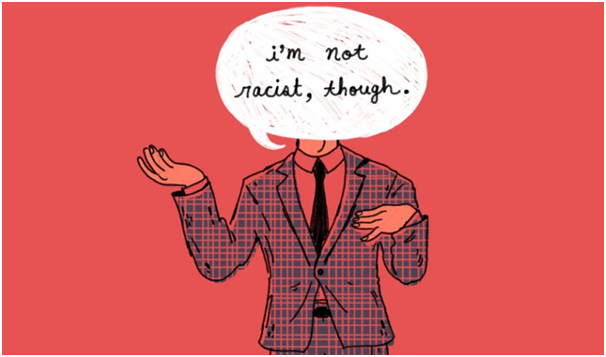 So for instance, if you are a white person who considers themselves “not racist” but would never send your kid to a local school because mostly black children go there, then you are making a racist choice.

Racism is systemic so we can’t deny that it is present in every aspect of our society- from politics, healthcare, and criminal justice to education, income, and employment. If you are not black, then it is your duty to educate yourself about the injustices that they have to suffer because of your culture.

In 1935, America developed Social Security but domestic and agricultural workers were excluded from it because that class predominantly consisted of black people. This means that the black community always had limited opportunities to grow so if you say that the majority of taxpayers in America are white, then you are supporting all the racist policies created by your government, and yes, that includes slavery.

4. Confront all the Racist Ideas

Being silent is not an option anymore. If you hear any racist conversation around you, try to step in and stop it. Kendi states that it is possible to hold racist beliefs without realizing it too because some black people who have relatively lighter skin tones look down upon dark-skinned African Americans. This is why we need to address these problems and see where our bias lies.

5. Your Antiracism Needs to Be Intersectional

Ever since the end of slavery, some white people began to hire black men but the treatment of black women did not improve. They were the victims of objectification for a long time and this narrative is still present in many systems.

It is important to use an intersectional approach when you denounce racism because that means you acknowledge that genders, sexualities, and identities can make some individuals more vulnerable than the others.

Find out all the organizations working against racism and be an active part of those. Fight against the policies of your own state and region and voice your opinion about anti-racism whenever you can. Change starts with oneself so if you feel your household propagates internalized racism then strike up a conversation with your own family and try to bring a positive change in their beliefs.

While promoting all the ideas mentioned above, Kendi also acknowledged the threats that being anti-racist can bring to someone’s life or property. However, black people have suffered enough and if you stay silent during the oppression while belonging to a privileged group, then you are fully responsible for not just perpetuating racism but also for all the consequences that come with it.

“As someone who studies racist ideas and upwards of 500 years of people weaponizing racist ideas ... no matter what antiracists say or do, racists are going to figure out a way to weaponize their words and their deeds against them,” Kendi says.