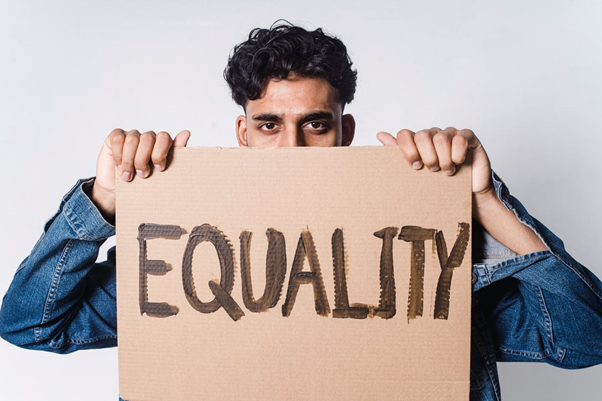 It was on 10 December 1948 that the United Nationals General Assembly adopted the Universal Declaration of Human Rights empowering us all. The main principles of the declaration urge us to stand up for our rights and those of others. It encourages people to take charge of their daily lives and uphold rights and duties that protect all human beings.

Every year, the Director-General of UNESCO gives a message on Human Rights Day. For 2020 he made the pandemic the focus of his statement. He said, “Nelson Mandela, a leading advocate of the “common ideal” defined by the 1948 Universal Declaration of Human Rights, stated that “to deny people their human rights is to challenge their very humanity. As we celebrate Human Rights Day, these words resonate more strongly at this difficult time for the international community.”

“The pandemic has reopened old wounds, deepened inequalities, increased violence against women, and hit hard at the most vulnerable among us. Thus, this crisis gives us all the opportunity to place human rights at the heart of our common project to “build back better”, which is the theme for 2020,” he continued.

Every year, a new theme is decided to celebrate this auspicious day. The purpose is always the same – to make people aware of the rights they possess and the duties and responsibilities they have as citizens of the world.

The theme is year revolves around COVID-19 and how can we as a community come out of it stronger than ever. Moreover, it tackles the inequalities, exclusion and discrimination that came alive because of the pandemic. The discussions that took place on 10 December aimed to reach solutions that can help create equal opportunities for all.

Eleanor Roosevelt, who was the First lady of the United States of America, played a leading role in drafting the human rights declaration. She was appointed as a delegate to the UN General Assembly by President Harry S. Truman. Roosevelt was successfully able to complete the drafting process at a time when East-West tensions were increasing.

She used her prestige and power to steer both superpowers and achieve her goal. She was later awarded the United Nations Human Rights Prize. However, while Roosevelt was one of the most prominent women at the time, many other women contributed to the declaration, ensuring that women’s rights are included in the Universal document.

3. There Are Two Human Rights Covenants

Together, these treaties are known as the International Bill of Human Rights or International human rights law. While the ICCPR focuses on human rights values such as free speech, freedom of religion and right to life and voting, ICESCR’s main objective is to enforce solutions for food, education, health, and shelter problems.

4. There Are Twenty Principal Treaties

Besides the International Bill of Human Rights, 20 principle treaties were drafted to cover additional things. These treaties are focused on more specific kinds of human rights violations, which include, genocide, torture, racial discrimination, slavery, and political rights of women. 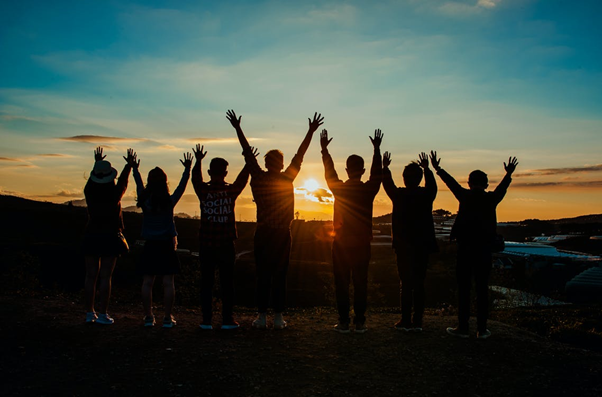 5. UDHR Was A Result of Second World War

The United Nations was created after the Second World War. It was events and atrocities of the war that made the international community come to a consensus that a conflict like this should never happen again. As a result, they created a document which the world leaders vowed to abide by. That document would later go on to become the UDHR.

6. UDHR Was Drafted in Less Than Two Years

The commission to draft the UDHR met in 1947 for the first time, and they managed to present the first draft of the Declaration in September 1948. A total of 50 member states contributed to the final drafting of the document. Then in December 1948, during a meeting in Paris, the UN adopted it as the official document.

7. It Is Celebrated in Various Ways

Countries celebrate the International Human Rights Day by organizing meetings, political conferences, cultural events and other programs that aim to create awareness about human rights. Some people organize interest events with music, drama, dance, and exhibitions. Protests are also conducted to bring attention to the issues of human rights.

8. An End to Dictatorship of 10 December

The spirit of this day has made many significant changes in the world. On 10 December 1983, the fate of Argentina changed forever when Raul Alfonsin assumed office putting an end to the terrible era of military dictatorship, which was full of human rights violations.

10. There’s an illustrated version of the UDHR

If you think the declaration is just a boring old document, you’re wrong. An illustrated version of the UDHR is available online and it’s actually kind of cute. It’s published in multiple languages and was designed in partnership with artist Yacine Ait Kaci, the United Nations Regional information centre and the Office of the United Nations High Commissioner for Human Rights.

Now that you’ve gone through this short but comprehensive guide on the Human Rights Day, we suggest you spread your knowledge and the mission by sharing the information with others. This is one of the best ways we, the citizens of the globe, can make sure that our world becomes a better place.