Coronavirus has been terrible for the economy as more than 4 million Americans have lost their jobs because of the stay at home order issued by the government. However, while capitalism once again managed to press harder on the lower classes, the billionaires are thriving, to no one’s surprise.

Controversies related to hiring warehouse workers and forcing remote employees to take unpaid leaves could not harm Amazon in the slightest as the CEO and founder Jeff Bezos is set to become the world’s first trillionaire in the next six years. 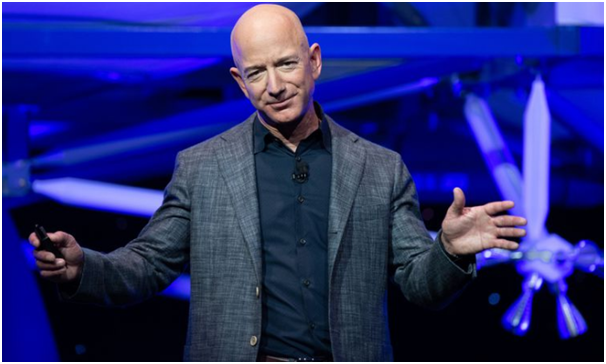 Amazon is already a trillion-dollar company, and despite facing multiple lawsuits for its inhumane policies concerning the warehouse workers, the organization has managed to thrive and earn more than any other business in the United States during the pandemic. Not only did Bezos ensure that the prices at which the grocery stores sold the goods remained unregulated but all the protests regarding the minimum wage workers being forced to live on food stamps were also swept under the carpet.

Comparisun reported that by 2026, the 56-year-old businessman will achieve the trillion-dollar milestone and will beat himself as the richest person in the world. On Thursday, his net worth was calculated to be around $144 billion as reported by Bloomberg’s Billionaires Index which means Jeff Bezos is richer than most countries even now.

With millions of people facing unemployment, this news was not well-received by the masses and Twitter was found cursing not just the roots of capitalism but also those people who continue to defend the “hard work” of such billionaires.

A Twitter user Isiah@forevertawl wrote, “Here is the most disturbing and disgusting headline I think I’ve ever seen.”

Another user, Thomas Moore commented on the parallels that coronavirus created for the world by saying, “Jeff Bezos is about to become the world’s first trillionaire while we’re about to enter a depression.”

Amazon workers have been on strike since May 1st because of the lack of resources available to them for any sort of protection against the virus. Most of them are not allowed to leave the warehouse even if they feel sick. Amazon’s Vice President Tim Bray quit on May 4th because the company fired executives who began to speak against Amazon’s mistreatment of the employees.