Mardi Gras 2021: How New Orleans and other countries celebrated the festival amidst the pandemic

Nobody can beat the spirits of New Orleans when it comes to holiday celebrations, not even the pandemic!

Started as a social media joke, Megan Boudreaux tweeted that she will transform her house into a float, following the announcement of cancelled Carnival parades in 2021. The tweet went viral, and now, about 3000 New Orleans homes are turned into a stationary porch parade!

“I’m definitely overwhelmed at just how over the top the response has been,” said Boudreaux.

Is Mardi Gras the same as fat tuesday?

Mardi Gras, also known as Fat Tuesday, is the annual pre-Lenten festival observed in pretty much all across the Gulf Coast. This holiday falls on the day before Ash Wednesday, which marks the start of the six-week-long period of Lent where Catholics spend most of their time fasting and praying till Easter.

While Lent is typically marked by devotees observing fasts both from food and festivities, Mardi Gras 2021 Fat Tuesday is usually characterized by lavish celebrations and feasting— as suggested by its name: “Fat Tuesday.” The day involves the practice of late night feasting and eating fatty foods before the start of fasting season of Lenten.

Mardi Gras is also called Shrove Tuesday in some countries such as the United Kingdom – the word ‘Shrove’ is derived from Shrive, which means “to administer the sacrament of confession to; to absolve.”

To celebrate this day, people hold parades in every nook and cranny around the world each year, with some of the biggest and perhaps the most popular celebrations taking place in catholic New Orleans including Mardi Gras 2021 vacation packages.

But earlier, John Bel Edwards, Governor of Louisiana, warned the tourists that they won’t be able to enjoy the festival as they did on pre-pandemic days.

“If people think they are going to come to Louisiana, anywhere, or New Orleans and engage in the kind of activities they would have pre-pandemic, then they are mistaken, and quite frankly they are not welcome here to do that,” Edward said in a press conference.

Last year’s Mardi Gras celebrations went terribly wrong, as it is believed to have contributed in the rapid surge in COVID-19 cases, making the city a hot spot in the United States.

In an attempt to reduce the risk of virus transmission this year, the authorities implemented a temporary ban on parades and any sort of large gatherings during Fat Tuesday – these parades usually draw over 1 million tourists to the city’s streets every year.

But that doesn’t stop the citizens from celebrating Mardi Gras amid Covid-19, as they spend their effort and time planning for the safer alternative of celebration to keep the celebratory spirit alive! They dotted their houses with décor, turning their porches into literal immobile parades.

Some locals even hired artists who had lost their jobs because of the pandemic and rented pops from companies that had badly suffered.

This pandemic-friendly approach has unexpectedly brought people together, as they modified this centuries-old tradition into a house party and found a unique way to keep their spirits rolling!

So what if you can’t travel to New Orleans for the festival celebrations, you can still relish the event with the images we’ve brought to you straight from what has now been called Yardi Gras: 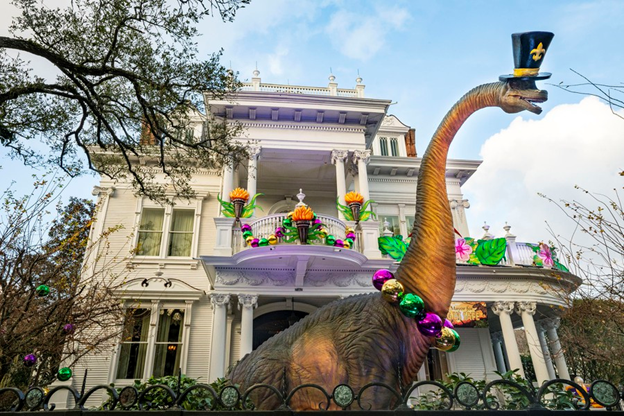 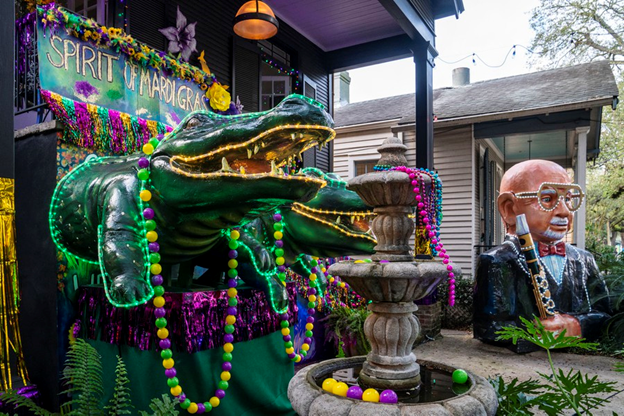 Not just the residents of New Orleans, but people all around the globe celebrated the festival by decorating their houses. Here is a glimpse at some of these: 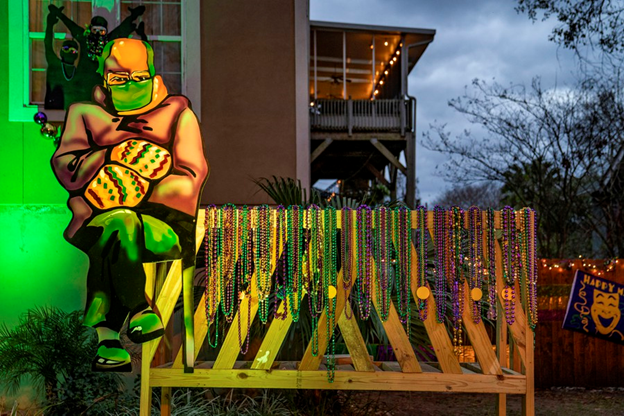 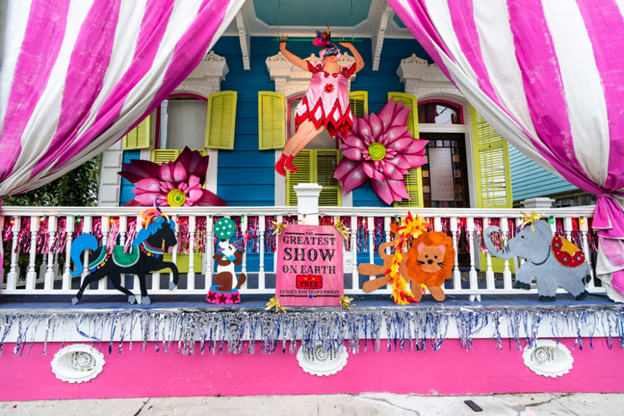 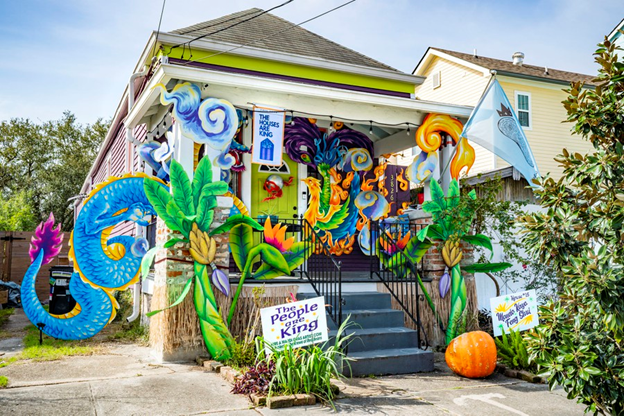 So, what do you think about the new Yardi Gras celebrations? Share your thoughts with us on our Facebook page and don’t forget to hit the like button, as we bring latest news and stories from around the world to your social media timelines.

Happy Mardi Gras, or should we say, Yardi Gras!