New York Fashion Week Will Be Different This Year

September is here along with the highly anticipated fashion week of the year – but keep an open mind as the rules have changed dramatically to suit the needs of the global rampant. 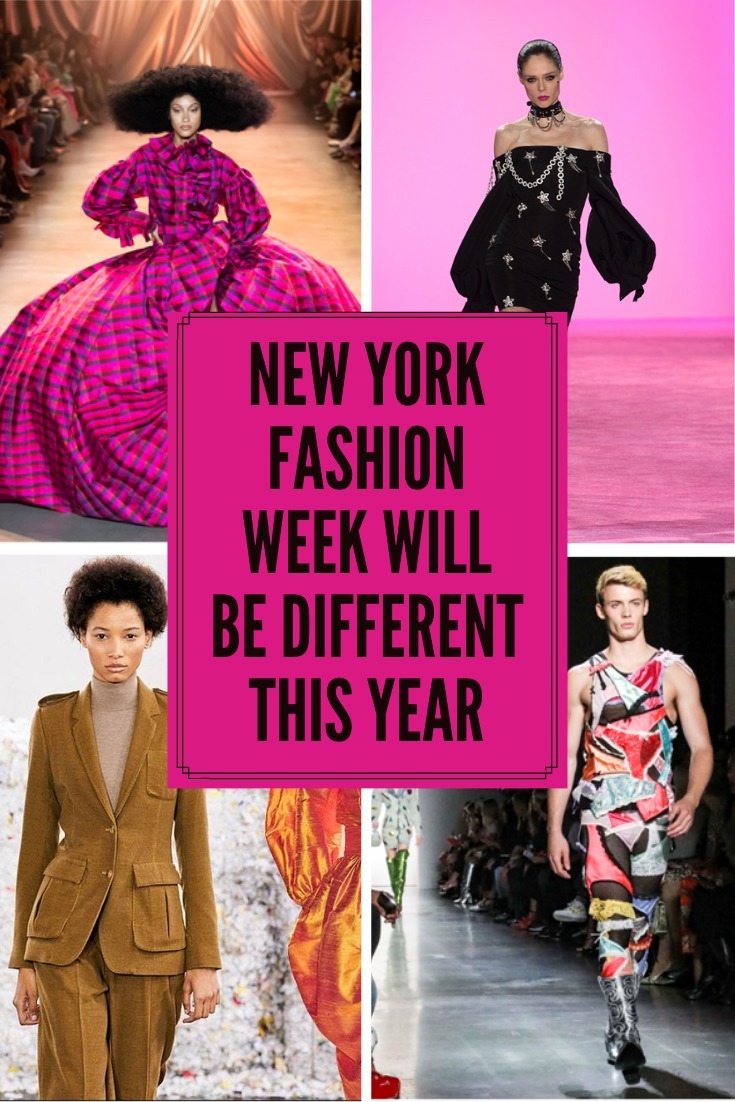 In the last six months, the pandemic has forced many designers and brands to reconsider their past traditions and merge the calamities of life with their usual designs and formation.

Despite spending months inside, we’ve not been able to combat the fatal Coronavirus completely, as a result of which the New York Fashion Week this year has had to make many changes. Hence, this year, instead of the customary seating charts and attendee queues, we’ll be witnessing a futuristic merger of green screens and virtual reality. 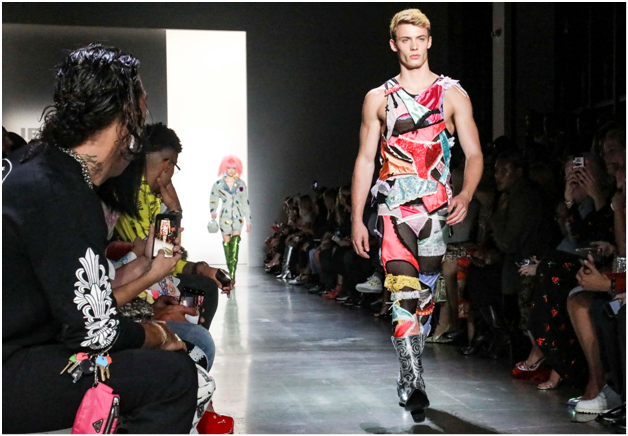 Leslie Russo is the biggest producer of the event. Her team has been observing sports broadcasts and other major productions so as to gather insight into the techniques and tools utilized that perhaps might churn out to be resourceful. She was notably excited to experiment and move the needle.

Russo said that we are faced with an actual infliction point. We see individuals doubling down on the way. The business needs to be done in a new way and that's the only way to gain through it.

Russo started planning and strategizing for the first leg of the fashion month in June. Apparently there’s a 40-page COVID-19 handbook that has to be strictly followed. Brands have been forewarned about the changing consumerism in light of the pandemic as well as the season.

Hence, the event that previously showcased 150 shows and presentations on an average will be scaling back to only 8 to 10 live events. In addition to this, there will be 15 presentations arranged exclusively for the press – guests won’t be allowed.

Monse is planning to display its unsold Autumn 2020 collection on live models and directly sell it to the attendees present at the rooftop. This was expected – many household names have made exceptions to either dropout or shift their usual show spots to the upcoming shows elsewhere. Valentino has shifted its mandatory Paris show to Milan. Marc Jacobs and Michael Kors have followed suit.

An important note has to be made here: IMG is only responsible for the production of these events and the Fashion Calendar is dependent on the Council of Fashion Designers of America. Both organizations have made it clear that they will make leaps and bounds to reduce stress and meet the needs of the honorable brands.

However, IMG business model is shrinking with each passing day because the supporting businesses (models, stylists, and photographers, etc.) have also excused themselves this season. Previously, IMG’s fashion weeks included staple events like Berlin Fashion Week and Miami Swim. However, recent years have shown their abrupt departures, reducing the company to New York and Sydney.

This year, all eyes will be on New York Fashion Week for obvious reasons. It’s been over eight months and the industry has been hit with the major financial crisis. COVID-19 limited the fashion industry to home – now with the supply chains disrupted and revenues relinquished, New York Fashion Week seems to be the last expedient.

The following month may serve as the trump card for the fashion industry, but it’s essential to not tie all our hopes with the upcoming event. Let’s keep in mind that the attendance in the forthcoming fashion event will mostly be local and sparse. In addition, digital experiments will unfold – perhaps challenging the ethos of the show.

Due to travel restrictions, limited Americans will participate. However, this means opportunity and a mild celebration of all things local.

Multitudes of brands are working to survive and this event simply broadens their scope. IMG has urged these brands to go beyond the traditional city-based schedules – a strategy that works as a double-edged sword.

This also means that the focus will be directed towards the digital platforms rather than the cities and geographical locations. 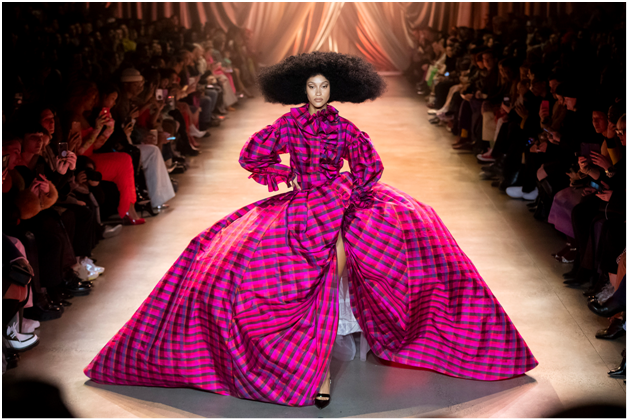 Russo noted that indeed phone is now the only global stage.

It won’t be wrong to admit that this year’s New York Fashion Week will define the new age solution to showing and selling brand collections. Until a week ago, all major brands were articulating as to how their collections will be showcased. This is exactly why IMG was hesitant to confirm its fashion calendar. In fact, Russo claimed that the line-up was “changing every day”.

After a barrage of obstacles and indecisive attitude, IMG has arranged a show that will hint us towards the future. Many fashion gods may have backed out last minute but the company managed to assemble a respectable list of flashy names. Jason Wu is all set to open the event on an outdoor rooftop whereas Tom Ford is all ready to close the ceremony.

You may be aware that the situation in New York is getting worse with each passing day – hence the restriction on all public events. Therefore, Jason Wu’s show will only have 50 seats to fill. Needless to say, many guests could be rubbed wrongly due to the lack of invitation.

So far the press and photographers are being labeled as “crew” whereas influencers and celebrities are counted as the honorary “guests”. IMG hasn’t confirmed whether the influencer community will be invited or not.

Many well-funded brands may not make any appearance this year. For example, Rihanna’s label Fenty has been postponed. 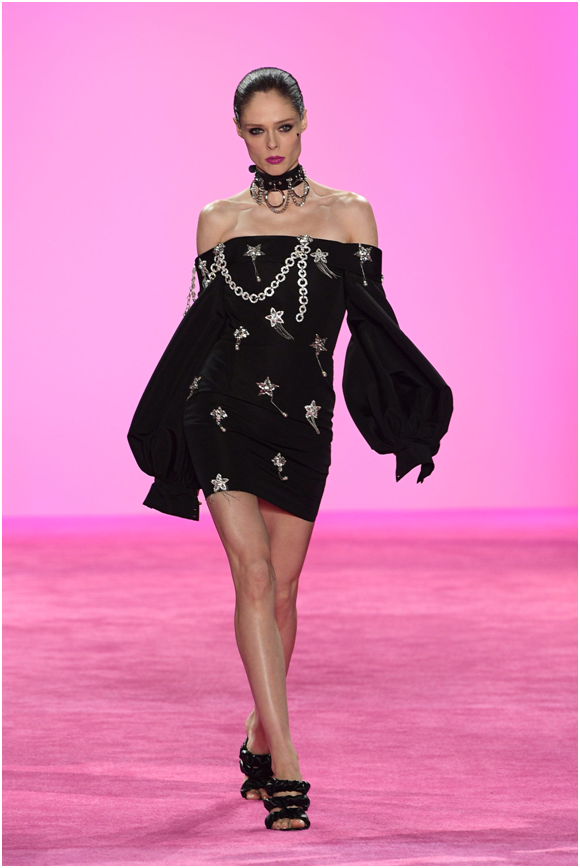 Russo admits that when she watched the US Democratic National Convention in August she was compelled to acknowledge the significance a virtual but live audience offers.  She was further enticed by the ideas that are formidable on streaming platforms.

She said that traditionally live streams have only been one particular angle down the runway. Nobody likes watching the basketball game from just one angle. We cannot take away the energy of live as people like consuming fashion just like sports, they follow their favorite models and season to season.

Hence, it can be said that all forces of the fashion industry are adopting new-age measures to cope with the ongoing pandemic while acknowledging the expansion that the digital platforms allow.