The Unknown History of Christmas!

In 2020, Christmas is no longer a religious holiday, it is also a worldwide cultural as well as commercial phenomenon. It is one of the most favorite holidays celebrated by people globally irrespective of religion and cultural values. They do so by observing unique traditions and practices that hold both religious and secular respect. 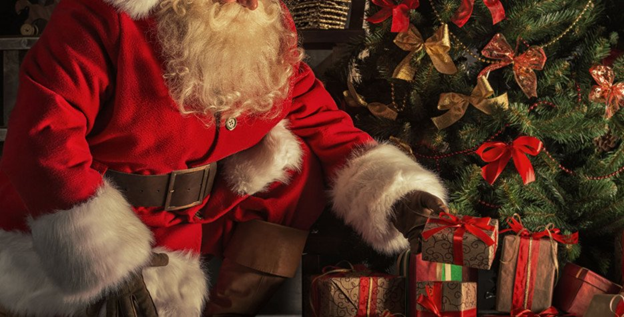 For Christians, this is a holy celebration, as they celebrate the birth anniversary of Jesus of Nazareth – a spiritual leader responsible for teaching them the basics of Christianity. Usual decorum is that people exchange gifts, attend mass at the local church, share delicious meals with friends and family, decorate the Christmas tree, and await the beloved Santa Claus.  Christmas is celebrated on 25th of December and it has long been stated as a federal holiday in the United States of America and many other parts of the world.

How Did Christmas Start?

Winter is often perceived as a time of celebration all over the world. Even before the arrival of Jesus, Europeans used to celebrate light in the darkest days of winter. People would celebrate the extended periods of daylight once the winter ends.

In Scandinavia, Yule is celebrated from December 21st through January. To acknowledge the return of the sun, male members of the families would bring large logs home and set them on fire. The feast would continue as long as the log burned – for around 12 days. They believed that every spark that rises from the fire represented a new calf – hopeful news for the coming year! For many people, this was the only time they could enjoy fresh meat and wine that was finally fermented and ready to be consumed.

Was Jesus Really Born On Christmas?

In the early days of Christianity, the birth of Jesus was not really celebrated and Easter was the only holiday. It wasn’t until the fourth century when the church instated the birth of Jesus Christ as an official holiday. However, it’s interesting to find out that the Bible has never mentioned his date of birth. In fact, Puritans have also raised this point to deny the legitimacy of this holy day. There is evidence that his birth may have taken place in spring. 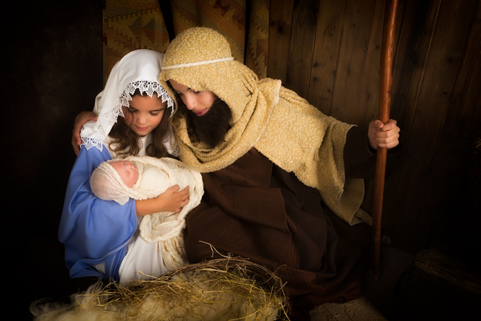 Anyway, it was Pope Julius I who decided upon December 25th and he picked this date so as to adopt traditions of the pagan Saturnalia festival. Christmas day celebrations had spread all the way to the Scandinavia by the end of the 8th century. Today, all the orthodox churches of Greece and Russia celebrate Christmas 13-14 days after the 25th. This is obviously due to the fact that western churches use the Gregorian calendar and the eastern churches use the Epiphany – 12 days after their own respective Christmases.

Was Christmas Ever Cancelled?

Well, among several interesting Christmas facts, in the 17th century, there was a strict wave of religious reform that changed the way Christmas was celebrated in Europe. So, when Oliver Cromwell and his forces took over England in 1695, they cancelled Christmas in their effort to eradicate decadence from England. However, it was Charles II who restored the tradition and made the holiday popular again.

The early English separatists who entered America in 1620 were even more orthodox than Cornwell, because of whom the holiday never took off in the nation. As a matter of fact, Christmas was outlawed in Boston in 1681, and if anyone was found indulging in the spirit of Christmas, they were fined five shillings.

Many English customs went out of fashion after the American Revolution – so Christmas was snubbed again. And in the 19th century, Americans began to embrace the holiday and re-invented it, to make it more family-oriented.

In 1819, Washington Irving wrote The Sketchbook of Geoffrey Crayon – a series dedicated to the stories of Christmas celebrations in a regular English manor house. These stories reflected the troubles of that era and sent out support to the American society. The story revolved around a squire who got an invitation from peasants to join and celebrate Christmas with them. Despite the financial strain and difficulties, the two groups mingled effortlessly. Basically, Irving spread the message of peace and warmth and placed these virtues over social strata. This book celebrated the ancient customs, like the crowning of Lord of Misrule.

Literature has been a pivotal part of our society. After Irving, it was Dickens who created a classic holiday tale titled A Christmas Carol. The moral of the story was sweet and reeked of wisdom. It stressed on the importance of charity and goodwill among human beings. It especially struck a chord with the people of the United States and England, as it encouraged the members of the Victorian society to celebrate the holiday wholeheartedly.

This was also the time when families emphasized less on principles and more on nourishing the emotional health of their children. Hence, they started spoiling their kids with lavish gifts, just to show them that they are cared for and loved.

As soon as Americans embraced Christmas, many old customs went down the drain and in the next 100 years, Americans had their own traditions to celebrate Christmas. It was them who started decorating Christmas trees and sending holiday cards and gifts to their loved ones. This was their own take on the holiday, so the traditions suited the needs of the growing nation quite well.

This is one of the most frequently asked questions. Everybody loves Santa, but very few people actually know how he became such a legend. Well, this can be traced back to 280 AD in Turkey, when a man named St. Nicholas gave away his inherited wealth to the less fortunate and traveled his way to the countryside to offer more aid to the sick and poor. This man ended up gaining the reputation of “the protector” of children and sailors. 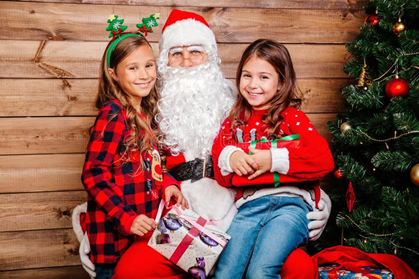 This legend made way to the American culture in the late 18th century when Dutch families had gathered around to honor the death anniversary of “Sint Nikolaas”.

Again, literature shaped our imagination, and Clement Clarke Moore wrote a Christmas poem called “An Account of a Visit from St. Nicholas”. It was this poem that depicted Santa Claus as a jolly man who flew from home to home on a reindeer to deliver toys to kids. Gradually, people started associating Santa with a white beard and red attire.

The origins of this practice are unknown, but apparently, it grew famous because of the marketing technique of Woolworths in the late 1800s. Basically, if there is a pickle among your snowman and reindeer ornaments, you’d most likely take part in this tradition by hiding something green on the tree. The first child who finds this wins a special gift, and they’re also the ones who get to open their presents first in the morning.

Yule Logs are part of the ancient winter celebrations, and of course, Americans turned this into their own tradition as well. This wood burning tradition became a must-see TV back in 1966, because a channel showed a continuous 17-second loop of a fireplace for three consecutive hours along with a unique playlist designed for Christmas.

Usually, the credit of Gingerbread Houses is given to Queen Elizabeth I, but it was actually the Germans who started the gingerbread house tradition. In this tradition, families sit together and decorate gingerbread cookies.

This tradition is actually quite young – born in the 1980s. In Canada, it earned popularity in 2001 when it became a trend to wear sweaters in parties in Vancouver.

Americans picked up this tradition during the Great Depression to pay respect to the struggles people were facing at the time. 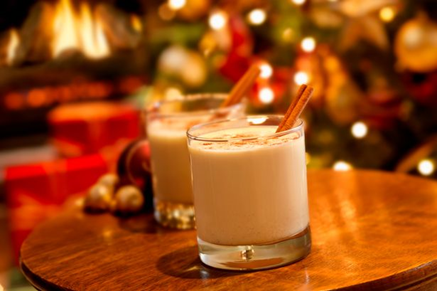 You can hate anything in the world but not a glass of spiked eggnog. In the medieval times, English people used to make this cocktail out of hot curdled milk and wine. Again, Americans had to copy and make it popular by changing one thing: adding rum.

The official cards to celebrate Christmas started in 1843 England. At the time, it used to carry a simple yet delightful message “A Merry Christmas and a Happy New Year to You”. This idea swiftly spread all over the world, and today, at least 1.6 billion cards are sold each year!

You may know of Thomas Edison as the man who invented the light bulb. However, it was his partner Edward Hibberd Johnson who invented the idea of decorating Christmas trees with stringing bulbs all over. Today, at least 150 million sets of lights are sold in the US every year. 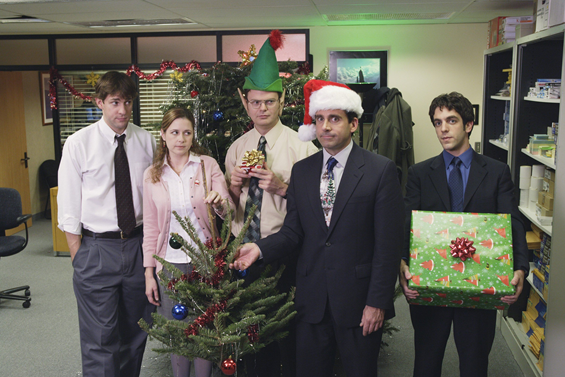 Fall is finally here, and in a couple of months, we’ll all be able to celebrate Christmas wholeheartedly. It’s the time of the year when everything blossoms – like the Christmas tree.