Apple believes that a pear logo would create confusion among its customers. 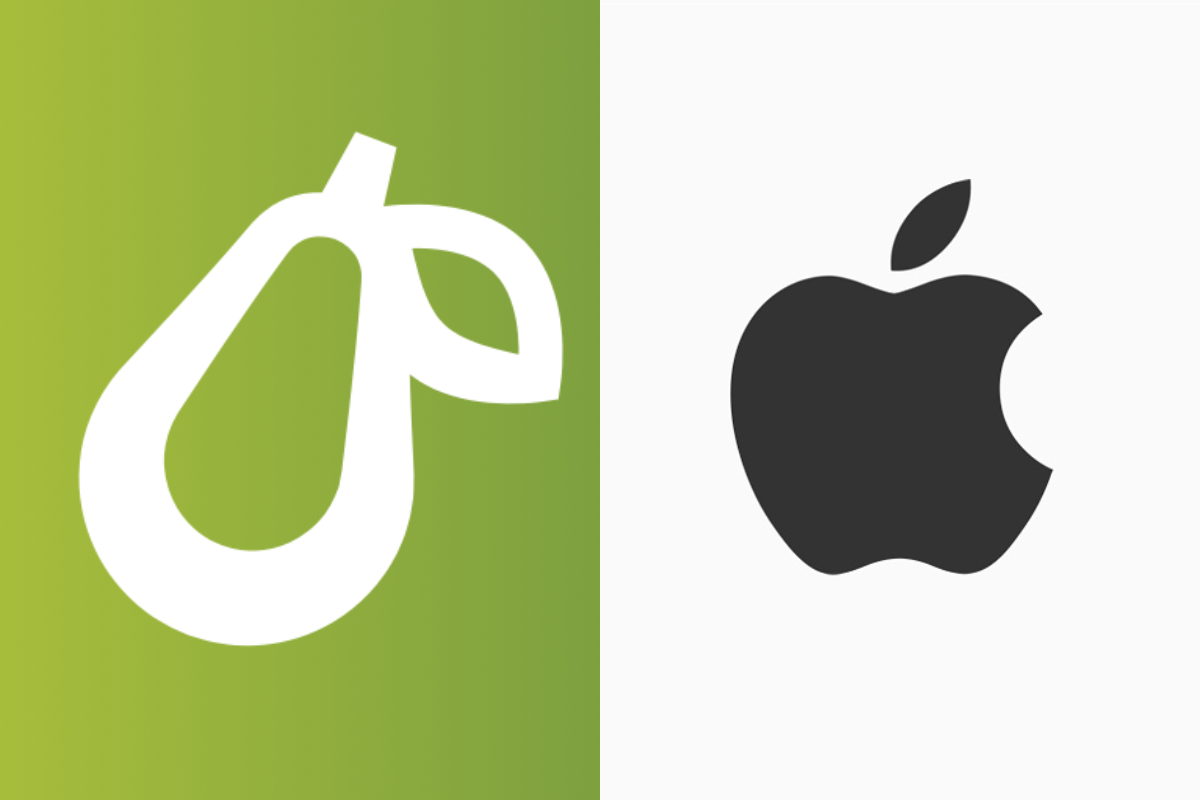 Apple has submitted an opposition notice against a food recipe company for using a Pear logo which the tech giant thinks is closely resembling with its trademark – an Apple.

Apple claims that the pear-shaped logo may create dilution of the distinctiveness of its logo, and the customers would be unable to differentiate between 'Prepear' and Apple's product, which they argue that it is a Lanham Act's violation.

The disagreement began when the parent company named Super Healthy Kids submitted a request for official registration of a logo of its food preparing subsidiary "Prepear".

The Prepear is an application that allows users to save and organize recipes and design personalized diet plans. It has a green pear shape logo, along with a leaf on its upper right.

Apple's statement of opposition highlights that the recipe company mark is a minimalistic pear fruit design having a right-angled leaf that instantly brings Apple in mind due to its apple logo and may create a same commercial impression.

However, the court filing stated that the Apple logo is quite popular and immediately recognizable; thus, the resemblances in the two logos may overshadow any possible differences. This may make the consumer think that the claimant is somewhat associated, endorsed or affiliated with Apple.

Russell Monson, the co-founder of Prepear, initiated a petition known as "Save the Pear from Apple '', to which around 14,000 people showed the support by signing it. In the petition, he mentions that Prepear is a small startup with only five employees, and they can't afford to get into a legal battle with a tech giant like Apple Inc. he says it's outrageous and "terrifying" experience.

Apple's legal filing claims that the company offers matching or/and drastically related services and goods. It has services which are connected to computer software, along with nutrition, healthcare, social networking and general wellness that a recipe making services app is within the natural zone of expansion of Apple for Apple's Apple Marks.

In simpler terms, the tech giant believes that its customers would confuse Prepear as its product because of the high similarities between their offered services and logo. The company also highlighted that there are various nutrition-related and health services of their own.

Natalie Monson, Prepear co-owner, took to Instagram stating that they are not implying people to abandon Apple products but wishes to retaliate against their current stance.

The co-owner stated she considers it a moral obligation to rightfully stand against the tech giant's aggressive and intolerable legal action against our as well as other small businesses. We will fight for our right and will go on with our logo.

She emphasized that they won't sit back quietly and tolerate the company's bullying behavior. It's not just a fight for the logo, but it's actually a battle against a tech giant for its bullying behavior to overpower small businesses, she wrote.

Well, it's not the first time Apple felt threatened for an alleged logo-theft! In fact, in 2019, the company raised an objection letter to a Norwegian patent office, claiming that the Fremskirttsparient, a political party, used the logo of an apple that is similar to its own. Apple also logged a legal protest against Germany's cycling path that had an indistinct-apple-like design.

It seems like the company is too possessive about its Apple logo.

Apple wants to have Prespear's logo registration application rejected. The company hasn't commented on the reports yet.

Who will the bully Apple go after next? Gwyneth Paltrow's daughter? Different shape, color, name and business. How can they possibly file a suit?