Cyberpunk 2077| PS5| Here's How To Unlock Your Set Of Digital Goodies To Get In-Game Rewards! 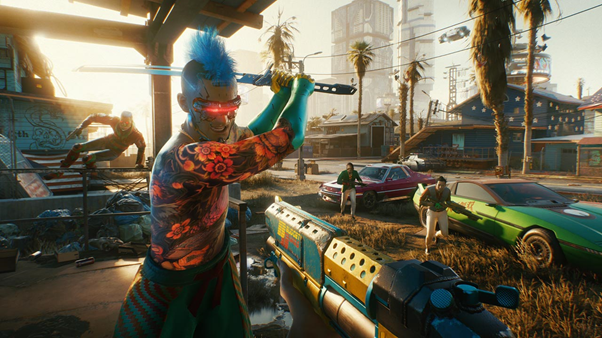 All the gamers around the world can now lay their hands on an enormous new world of Cyberpunk 2077. The game is neither perfect nor revolutionary, but it sure is fantastic and you can get lost in it for hundreds of hours without feeling bored.

Also, check out the Cyberpunk 2077: The Complete Official Guide

The action-adventure story set in a night-city opens a whole new realm of possibilities. The world is obsessed with power and glamour and among this chaos is the main character V. He is a mercenary outlaw in quest of getting his hands on a one-of-a-kind implant that can grant him immortality.

With many different skillsets, playstyles, and cyberware to choose from, you have the option to customize your character and make choices that will determine the course of the world you exist in.

Also, check out everything about the Attack on Titans - Season 4!

CD Projekt Red offers its fans many digital goodies with its games and it's no different with the launch of Cyberpunk 2077.

Cyberpunk 2077 My Rewards program treats players to digital goodies such as sourcebooks, in-game jackets for the main character V and much more if they purchase the RPG and sign up. If you want to access the digital goodies and in-game rewards, you'll need an internet connection and an account on Gog.com. Once you have that done, you can then use the redeemed items in the offline version of the game as well. 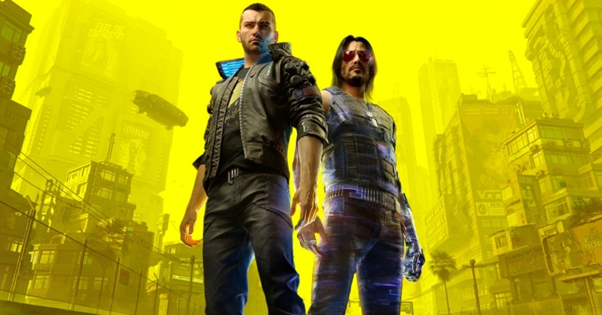 If you purchase a physical and digital copy of Cyberpunk 2077, here is a set of digital goodies you'll receive with it.

Original Score – the official soundtrack of the game which is composed by Marcin Przybylowicz. You can listen to it on repeat while continuing your quest for immortality.

Art Booklet – This will be such a prized possession. The booklet features exclusive art from the game. You can put up the art on the walls of your room as posters.

Digital Comic – The comic book for Cyberpunk 2077 is called Your Voice and all we know is that it includes some serious details of the dystopian universe you're going to become part of.

Cyberpunk 2020 sourcebook – This book will let you in on the secrets of the new world.

Besides these digital goodies, you get many game rewards when you register for My Rewards in the game with a GOG account. These include the following.

Black unicorn – The sharpest blade of all time, make sure V has it to help fight and end evil once and for all.

Shupe the troll plushy – Who said monster slayers can't have a softer side, embrace V's with this cute plushy. You can keep it in his apartment. 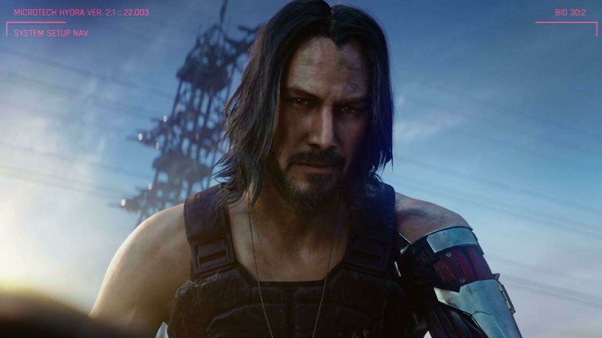 Now the third kind of rewards are GWENT: The Witcher Card Game rewards. You can get your hands on them if you have Cyberpunk 2077 on your GOG Galaxy Library.

Here are the Witcher Card Game Rewards you can get.

'Breathtaking' title – Are you a Keanu Reeves fan? If yes, then you'll be excited to hear that with this achievement you can be as breathtaking as him, or Johnny Silverhand to be exact. The story behind this easter egg is an interesting one. After Reeves made a surprise appearance on the 2019 E3 stage, he pointed to a fan, who had told Reeves he was breathtaking and said 'you’re breathtaking,’ the creators of the game made a trophy around the incident.

Samurai Coin – Do every special toss with Samurai spirit. With this special coin inspired by the chrome rock legends of 2077, every toss will be an amazing one.

Samurai Cardback – With this reward, you can bring the spirit of revolution to all the battlegrounds.

How to unlock the digital goodies and in-game rewards

While you know the initial and the most important steps to getting your hands on the reward, here’s what you’ll have to do next.

Once you have logged on to your consoles and into your GOG account, you can start claiming your game rewards. First, download the original score along with the Scorebook and wallpapers. The art booklet and comic book can be accessed by logging in on their websites using your GOG profile.

Now that you’ve claimed the digital goodies go on to sign up for My Rewards. Here you can collect the registration rewards. It’s located in V’s apartment in the item stash. All that’s left to do now is claim the GWENT rewards and you can do that by logging in on GWENT with the same GOG account.

With all the rewards in your inventory, your experience of playing Cyberpunk 2077 will be unlike any other game you’ve ever played.

Releasing on December 10th, Cyberpunk 2077 is originally meant for PS4 and Xbox One; however, thanks to the patch on day one, owners of PS5 and Xbox Series X systems will also be able to upgrade the process for their gaming consoles and experience life in the city of the future. And the best part is, the patch is free for anyone that purchase the game.

You might be thinking that what’s the point of getting a Play station 5 if you can’t play the latest games on it. Well, yes that’s true because a lot of the new games are being released just around the launch of the latest gaming consoles. You’ll have to wait till 2021 for the upgrades of most of the games.

Cyberpunk 2077, however, understands your frustration and has created a temporary solution with the free upgrade with a day one patch. While you can get the full update later, with this one, you can start familiarizing yourself with the new world. To download the update, all you need is a good internet connection and some patience.

Stay tuned to Hayvine for some more incredible gaming news and to know the best place to buy Cyberpunk 2077!