The chaos erupted at the end of the trading day on Wednesday, when GameStop stocks soared up to a 100 percent, rising from about $44 per share to around $91 per share. Things went so crazy at the 11th hour that the trading was put on halt twice for stability.

Well, this was just the start of the GameStop madness!

People flocked to Reddit as the price climbed up – well, as you know, the entire GameStop stock thing was basically the origination of this platform – and the next thing we see is Reddit getting crashed. We are not sure whether it was the rush that caused Reddit to collapse, or if it was some technical issue, but we do know that it went down for an hour before finally being functional again at 4:25 p.m. ET. 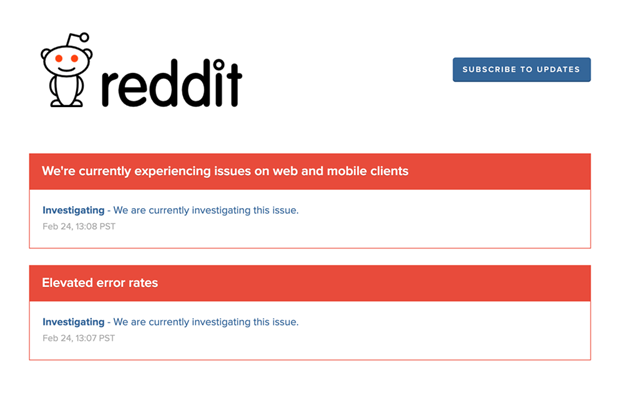 On Wednesday, GameStop stocks were at their highest since the drastic dropped down earlier this month after a Reddit-charged rally pushed them as high as $483 per share.

It’s difficult to explain what’s really happening here. But one group is definitely over the moon: Wall Street Bets. The group of retail investors are celebrating the jump, telling us that the GameStop madness isn’t over yet!

Events of the past week might have contributed to the rise, for example, GME advocate Keith Gill, who goes by the username “DeepFuckingValue” on the internet, testified in a House Financial Services Committee, pleading as a normal investor who simply loves to trade. Moreover, Gill increased his holdings in GME, as he owns about 100,000 shares, worth about 4 million dollars at that time.

Gill’s decision to increase his GameStop holdings could be one reason that caused the stock surge yesterday, but it’s not the only one for sure. On Monday, Jim Bell, the company’s former Chief Financial Officer, stepped down for his job. His sudden departure could be the one factor that has been driving investors insane.

At last, and most importantly, Chewy founder Ryan Cohen— the company’s board member whose enthusiasm contributed to its ballooning stock price— uploaded a photo of a McDonald’s ice-cream on his Twitter account, along with a frog emoticon as a caption. Wait…. what does that have to do with the skyrocketing stock price? Well, we don’t really know. But after witnessing Wednesday’s insanity, we are open to every possibility! Who knows may be Elon Musk has a hand in GameStop crashing stock?

At the end of the day, things got back to normal as Reddit is now up and functional.

Investigating: We are currently investigating this issue. https://t.co/cj2OAiCSOZ

Wednesday sure felt like it could be the beginning of another roller coaster ride and we wouldn’t be surprised if it happens again. Stay tuned to find out! Meanwhile, like our Facebook page to read similar stories.