Good news for all our tech enthusiasts! Microsoft is planning to reveal its Surface Book 3 and Surface Go 2 hardware. According to leaked reports, the company might use Intel's latest 10th Processors on the Surface Book 3 alongside potentially up to 32 GB of RAM and 1TB of storage.

Microsoft is also planning to switch to Nvidia Quadro graphics chips in some Surface Book 3 models which means that the new device will be able to cater to 3D animators, designers and engineers who use the power of Quadro graphics cards that are optimized for several pro apps instead of gaming. 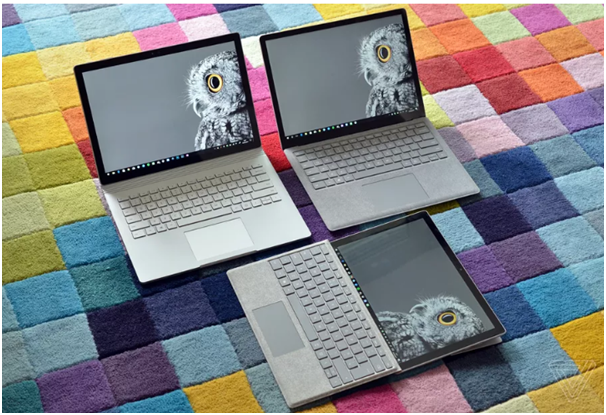 As a successor to its popular small tablet, the tech company is also launching a Surface Go 2. Retailer leaks have reported that Microsoft will offer a model with an Intel Core m3 alongside the typical Intel Pentium Gold processors option. Windows Central reports that the Surface Go 2 will also include a larger display at 10.5 inches, with slightly smaller bezels that are more similar to those found on the Surface Laptop 3.

The exterior size is said to be the same as the original Surface Go so existing accessories and the Type Cover from the Surface Go will work on the Surface Go 2. The Intel Core m3 model will also reportedly include 8GB of RAM, 128GB storage, and an optional LTE connectivity. All the Surface hardware will be launched next month but the date is not confirmed yet because of the uncertainty caused by the coronavirus.