Nvidia Is Acquiring Arm for $40 Billion 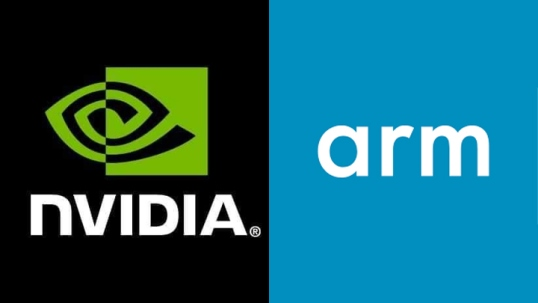 On Sunday, Nvidia announced the acquisition of chipmaker Arm from SoftBank for around $40 billion.

As per the company, Arm will be running as Nvidia's division and will have a headquarter in the UK. It will continue operating the open-licensing model and will maintain its neutrality of global customer.

However, the deal is expected to go through some strict regulatory scrutiny.

Softbank acquired Arm for $31 billion in 2016. This British company provides mobile power processors for organizations such as Samsung, Apple and Qualcomm. Arm is probably going to increase the value because of Softbank acquisition, along with Microsoft planning to make Arm-based surface and a Windows for Arm version, and Apple wants to switch future Macs to Arms-based chips.

Nvidia is a leading producer of GPUs, also designed by Arm. Apart from its Tegra line of mobile chipset integrated into devices such as the Nintendo Switch, the company has not had much to offer in terms of mobile hardware and CPU design.

Jensen Huang, Nvidia CEO said that their first duty after acquiring Arm would be to bring the technology through the vast network of Arm. But, Arm's acquisition doesn't mean to alter its present licensing model. Huang said they are spending a huge sum of money to acquire Arm, and they can't afford any such stunts that will force its customers to abandon it!

With Arm acquisition, Nvidia is eyeing for the next stage of AI computing, as the company says it will invest in an Arm headquarter building to set up a new AI research center.

Nvidia previously had huge goals to produce CPUS for phones but received little or no success. This acquisition will finally help them to achieve their goals but at least for now, their focus will be on data centres.

The decision indicates that in the past few years, how effective Nvidia has been, working on areas such as self-driving cars, GPUs, and AI. They have been remarkable in launching products like Nvidia GeForce Graphics Cards, GeForce super edition Graphic cards and Nvidia Shield Pro Home Media Server. The acquisition will definitely experience regulatory scrutiny in a situation where support for mergers is less than at any time in history. However, the plus point is that both the companies are not direct competitors so that could help navigate the merger process.