Even the most advanced technology like AI can't stop students from cheating in the exams! 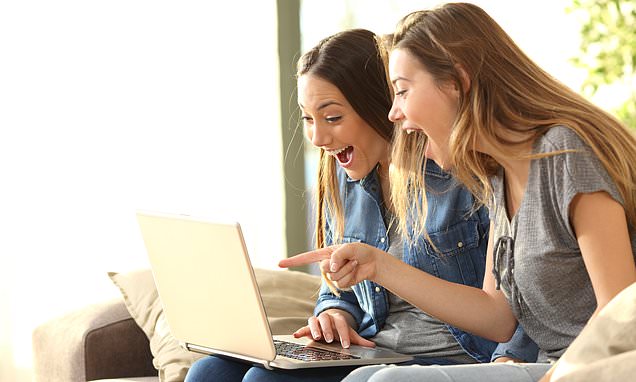 As COVID-19 pandemic has forced schools to transition educational instruction to online platforms; some students have swiftly adapted to virtual learning methods, while some are still struggling with it.

Schools have also adopted various online learning programs such as Edgenuity, though it turns out that the program is highly flawed.

Edgenuity grades quizzes and assignments using artificial intelligence — and a genius middle-schooler figured out to outfox the system!

The student could guess that they could trick Edgeniuty's grading algorithm by writing a mixup of relevant keywords into the input field, exactly like making a Salad. And his grade went up from 50 to whopping 100.

One of the history professors at the University of California Riverside, Dana Simmons, realized that an AI was grading her 12 years old son's test, as the results came bank instantly after submitting the answers—and no teacher could check papers that fast! So, she could think of an easy way to cheat.

Simmon says that algorithims fail to judge the meaning of learning history as it is all about correct word submission.

On Monday, Dana Simmons found her son in tears after failing a test, so she gave him a trick to cheat the algorithm. She told him to write lengthy sentences and add various proper names by reading the correct answers and simply replicating them.

For example, if the question is "how Constantinople's location was advantageous for the Byzantine empire's power? " come up with major keywords that are associated with it, and throw them all in the answer—Bang! Here you go, you just aced the test 10/10!

Following that trick, Simmon's son's score on the next test increased to 30 points.

By Tuesday, they had fully cracked the code. Answering each question with two full sentences mixed with all relevant keywords, earned her son a perfect score of 100/100.

Edgenuity has not yet responded to the trick, but a programmer familiar with the platform told short answers only constitute 5 percent of its course content. And teachers have the full authority to check the answers and disregard the AI-generated scores.

Some more students followed the same trick to cheat the answers with Edgenuity, and none have their grades altered by any teachers.

Even Edgenuity's website explicitly claims that only 5-10 percent of its assignments need to be graded by a human teacher.

Founded in 1998, Edgenuity offers over 200 online classes for grades K-12 and around 20,000 schools have been using their services across the country.

It offers educational videos for subjects ranging from math to history, including online assignments, quizzes and exams, which its system assesses.

The platform has received plenty of criticism for various technical problems and impersonal teaching models that support repetitive lessons.

Of course, its website was overwhelmed with the immense traffic following the pandemic and many schools reported problems while registering students.

Austin Paradiso, a graduate student who used Edgenuity for his online classes during high school, also used this trick quite a few times, and it worked 100 percent. He said that he always makes the answer, semi-coherent as it looks bad to toss a few keywords into the answer field simply. Paradiso said that if he feels lazier, he can easily get through it by writing some random string of words related to the question to get 100 percent.

While students might be happy to learn how they can trick AI-algorithms for a better grade, it will not bring them a better understanding of the course material. In fact, it's a matter of concern, as hacks like this could create inequalities between students and it's highly unfair for those who perform their test with full honesty.