There’s A T-Rex In Your Backyard!

It’s one thing to see these dinosaurs roaming and crushing around in the movies, but what if these massive giants come to your garden or backyard? Well, it will be quite a view! Do you want to see how? Google can help!

The company has recently added 10 augmented reality dinosaurs to Google search, allowing you to see how these massive creatures would look like in real life.

Now, the newest addition to this feature is the herd of Dinosaurs. The augmented reality (AR) works like Pokémon Go- but the difference is quite huge like you can literally see a giant Dino towering above you!

You can see a T-Rex stomping around in front of your house, and even crouching under a giant Brachiosaurus. 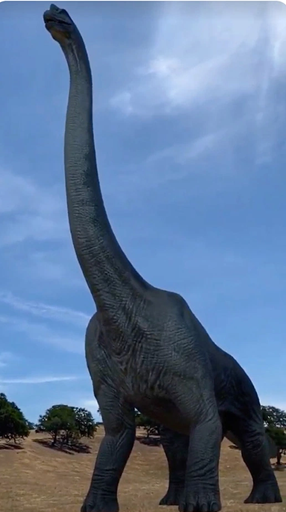 NO… You don't even require to download any application to see it!

Google allows you to see the 3D dinosaurs and you can even rotate or zoom in to see them up close.

Through this feature, you will get an idea of how big these creatures were as compared to the objects around you! Android smartphone users can even hear their roars and thuds of footsteps.

Obviously, you can't fit a mammoth Brachiosaurus into your lounge as the company says that AR animals will automatically enlarge according to their environment. But the reality is actually conflicting to their statement, as Google’s AR animals fail to judge the size and scale into abnormal sizes. For now, they have become perfect meme material- as nobody would want to see giant AR ducks and emperor penguins stomping around their houses!

How can you see them? 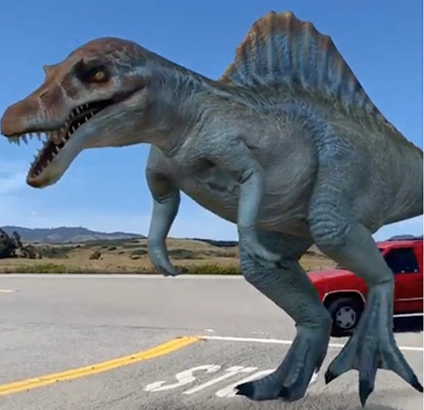 As we mentioned earlier, you don't have to download any application to have this viewing experience. All you have to do is to Google search one of the dinosaurs mentioned in the list through your android or iOS devices or Chrome Browser or any other browser on Android.

Though your android device should be ARCore supported and iPhone users should upgrade their software to iOS 11 or up, to enjoy this feature.

All thanks to the grant partnership of Google with 3D designs at Ludia, Amblin Entertainment and Universal Brand Development. "To create the 3D dinosaurs, our concept artists first did preliminary research to discover information about each creature," said Camilo Sanin of Ludia, the studio behind the Jurassic World Alive game.

So, how about petting a Tyrannosaurus Rex in your backyard?