The UAE has launched its first space flight to another planet on Sunday. The spacecraft called “Hope” is expected to arrive on Mars in the next year. 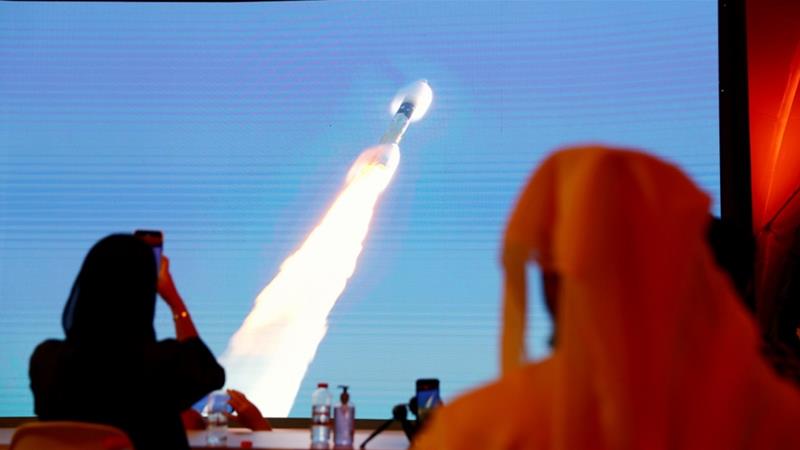 The mission’s purpose is to deliver a closer view of the Red planet’s weather. The mission is also an honor as the nation is about to mark its 50th anniversary in December 2021.

The UAE needs to launch Hope this summer for it to be landed on Mars by the anniversary when Mars comes to closely align with Earth on their orbits every two years, giving scientists a chance to launch spacecraft to Mars with a shorter distance.

The spacecraft “Hope” will be travelling around seven months to Mars, in February next year. It will be in orbit for plenty of time prior to the anniversary.

The UAE’s $2000 million Hope spacecraft lifted off onboard a Japanese Mitsubishi Heavy Industries H-2A rocket on Sunday, July 19 AT 5:58 P.M. The launch has taken place from the Tanegashima Space Center off the mainland Japan’s southern coast.

After an hour of the launch, the spacecraft deployed from the upper stage of the rocket and initiated its solo journey to Mars. Once Hope stabilizes itself and then moves towards the deeper space, the mission team will try to establish their contact with the vehicle.

The hope will burn its thrusters onboard around 28 days after its launch. The ignition is necessary to settle the spacecraft into the small window at Mars to insert into the orbit of the planer. “It’s a very small target,” Pete Withhell, the mission manager at the University Colorado Boulder, in partnership with the Emirates Mars Mission, said in a press conference before the takeoff. “It’s equivalent to an archer hitting a two-millimeter target, one kilometer away. So this is not for the faint of heart.”

As a window to the Red planet that opens every two years, Hope is not the only spacecraft which has been sent to the planet. In fact, we are going to hear a lot about the Red planet in the upcoming weeks. China’s Tiananmen-1 mission, also the country’s first-ever launch to the planet, which includes orbiter and rover, is also expected to launch this summer.

“This is a great moment not just for the United Arab Emirates, but for all the international partners that are involved in exploring space,” NASA Administrator Jim Bridenstine said prior to the launch.

“The United Arab Emirates is a shining example of what can be done when we work together.”

If you want to learn more about Mars, then we will recommend you to watch a movie New Space Adventures: MARS, or read a book called The Atlas of Mars: Mapping its Geography and geology.