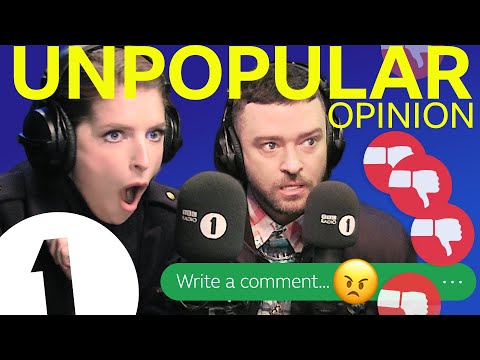 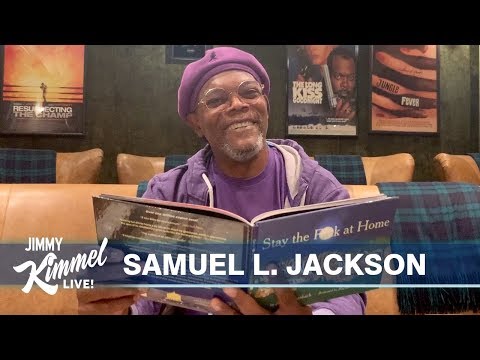 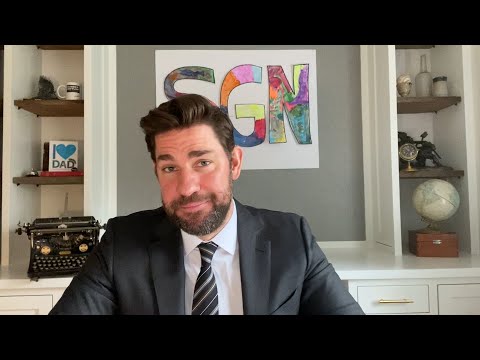 John Krasinski is Back With Amazing Vlogs 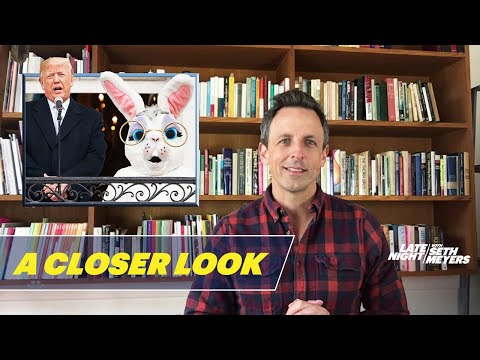 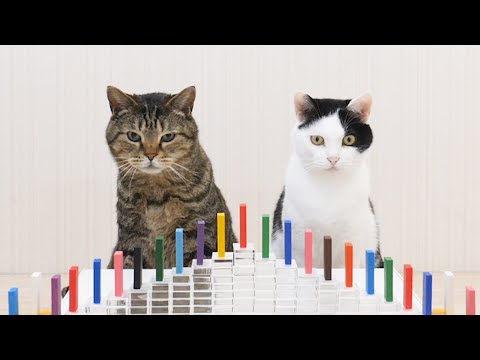 Cats and Dominoes To Distract You From Coronavirus 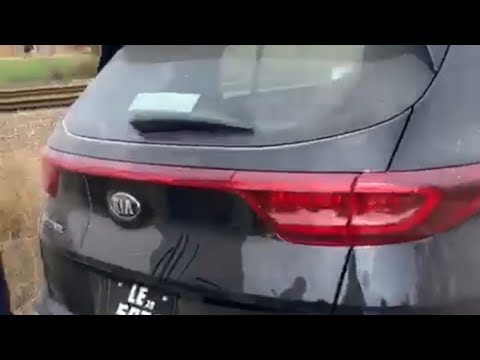 KIA Responds to the Viral Video 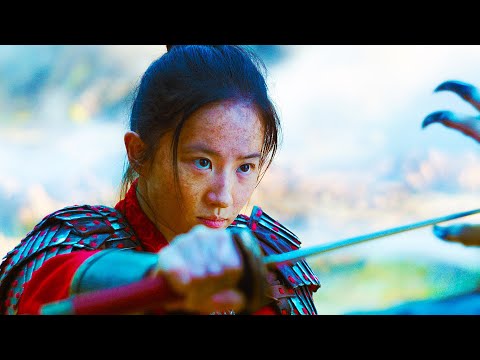 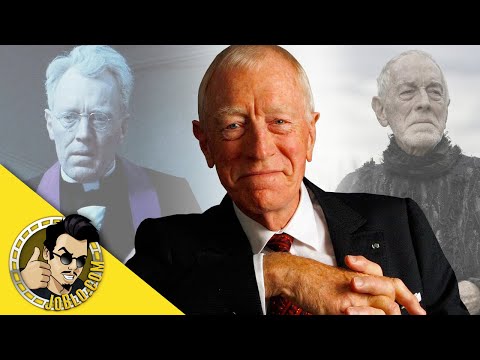 The Three-Eyed Raven Dies AT 90 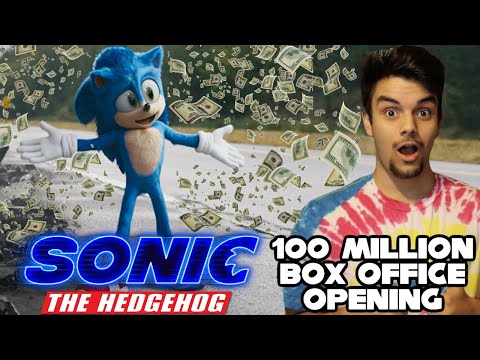 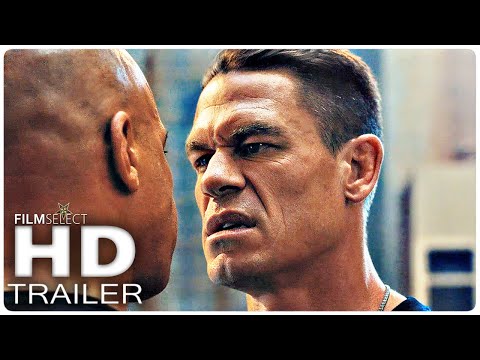 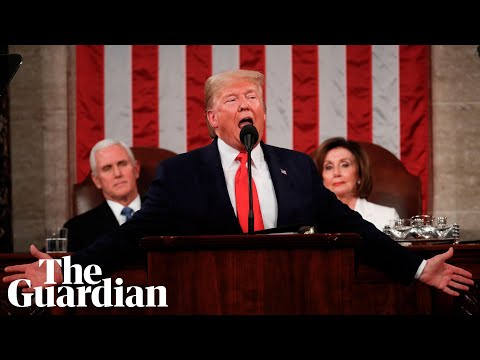 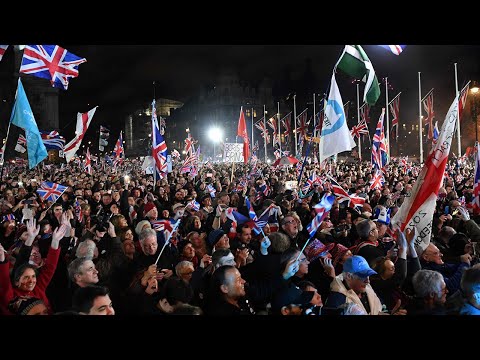 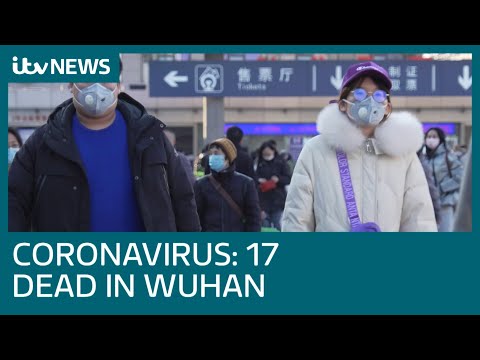 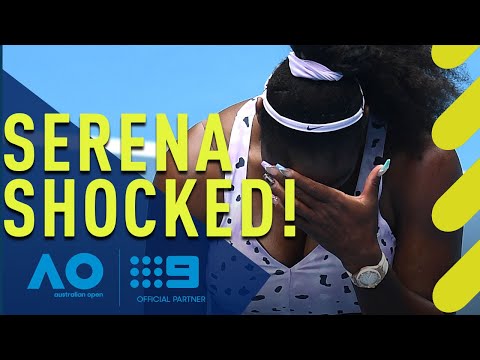 Qiang Marks Revenge For Her US Open Defeat 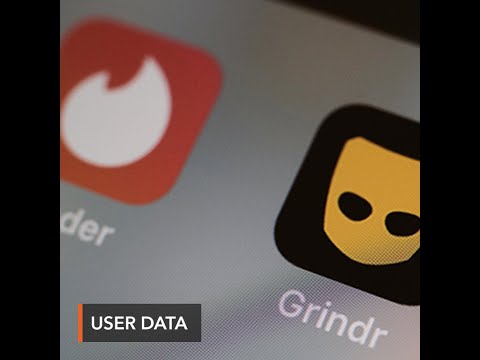 Hear hear, the king himself is here to ask you to stay the fuck at home! Many people across the world are not taking social distancing seriously and this is resulting in the spread of coronavirus but Samuel L Jackson is not having any of it and has asked everyone to do as the government says. 10 years ago, his reading of bedtime poem “Go the Fuck to Sleep” became really popular and he’s back with his amazing recitation of the slightly modified classic by author Adam Mansbach. He was on a live call with Jimmy Kimmel who is participating in the trend of recording clips of shows from his house to keep people entertained. Jackson advised people to stay indoors by saying, "The 'rona is spreading, this shit is no joke — it's no time to work or roam. The way you can fight it is simple, my friends: stay the fuck at home." He also encouraged people to donate to Feeding America, a charity working for underprivileged who are suffering due to stay at home advisory.

John Krasinski is Back With Amazing Vlogs

From the WHO to the CDC, every organization is asking people to stay at home and observe quarantine because that is the only way to minimize the spread of coronavirus. However, Mr. Trump has opposing views. Well, no surprises there because we all would have been shocked if he talked sense for once. So it’s good to know that even a global crisis has done no damage to Mr. President's amazing brain. Right now there are over 400 000 confirmed cases and every country is short-staffed because of the increasing rate of the pandemics. Source: USA Today Health facilities and research centers say that we are not close to the cure so social distance is our only hope as of now. However, Trump plans to send everyone to work in time for Easter which is less than three weeks away. How inspiring! All the rich people right now are in favor of making sure workers below the poverty line do not stay at home. And those innocent citizens who think that these capitalists care about them, well the only thing these capitalists care about even during a global crisis is their own asses- sorry we meant assets. Obviously, the rich cannot survive without capitalizing and exploiting the labor of poor people so the option of paying them to stay at home is out of the question. Billionaires might become less rich and corporations that have long maintained the class difference might actually lose 500 points in the stock market so yes, what about the economy? How will the rich survive?Source: The Washington Times This is exactly what Donald Trump has been preaching as he continues to encourage people to go to work in less than a month. No one was happy with the approach and Seth Meyers was quick to criticize the US President for his nonsense. "It's like those stories you hear about a small town that elects a dog as mayor every year," quipped Late Night host Seth Meyers, taking one of this trademark Closer Looks (from home) about how utterly ill-equipped Trump is to handle this health crisis. "Sure, you know, it might seem like fun at the time. Dog mayor. But what happens when there's a thunderstorm and you need the mayor to coordinate disaster relief, but he won't come out from underneath the couch?"Furthermore, Meyers said that Trump is not alone in encouraging such policies. In fact, he is aided by some economists at the top of the food chain into introducing a “sadistic plan to put profits over lives' '. They just want people to risk their lives in order to save the economy. What they fail to understand is that the government should be able to provide them with monthly wages, especially since they are the hardest working class in the economic structure. "Maybe what happened here is a bunch of rich people realized that in order to both save lives and protect the economy they'd have to redistribute some wealth to working people, and that was intolerable to them," said Meyers. "Because there is a third option here: we can keep people at home to save lives and give them money to get through the crisis." Right now, most world leaders are echoing Trump’s policies but it’s a good thing we have health organizations and people who can keep them in check and ensure we priorities humans.

Cats and Dominoes To Distract You From Coronavirus

KIA Responds to the Viral Video

﻿﻿If you have seen the viral video of KIA Sportage burning in Pakistan, you already know that it was a tragic incident. But those of you who are unaware, check out the video.Source: Pak WheelsEveryone was wondering what exactly happened, and many people also questioned the competence of KIA Sportage. It was merely a month old, so speculations regarding the constructions were raised and it seems like the company couldn’t take any more doubt. Source: PakWheelsKia has released an elaborate statement on what happened, and it seems like the roadside incident affected them just as much. According to reports, the wire in the main wire harness had been damaged, and a device from the “aftermarket” was installed. The rest of the vehicle, however, passed quality assurance.Source: Pakistan Observer When the National Highway Traffic Safety Administration prepared a report on the cases of engine fires and 100 injuries in the United States, NHTSA reached a settlement of $760 million with Hyundai and Kia.

The Three-Eyed Raven Dies AT 90

It is sad news for all the 'Game of Thrones' and 'The Exorcist' fans out there. Max von Sydow, the Three-Eyed Raven, was pronounced dead at 90!"It's with a broken heart and with infinite sadness that we have the extreme pain of announcing the departure of Max von Sydow on March 8, 2020," confirmed the actor's wife, Catherine von Sydow. However, the cause of his death hasn't been publicized. Having being nominated for two Oscars in his career, Max von Sydow was the only Swedish actor to have come this far. The actor had widespread TV audiences due to his appearance in more than 100 TV shows and movies since the year 1949. Among the long list of his roles, he played Emperor Ming in "Flash Gordon", the voice of Klaus Ziegler in "The Simpsons", Jesus in "The Greatest Story Ever Told", and of course, Father Lankester Merrin in "The Exorcist". Other honorary mentions of his movies include "Needful Things", "Shutter Island", "Never Say Never Again" and "Minority Report."

The official trailer of F9 promises one car flowing over the chasm and another one strapped to a rocket amongst a myriad of other attractive happenings. Unlike other movies in the franchise, this instalment has made attempts to rejuvenate its fans with some minor but crucial changes. To begin with, the trailer confirms that the title of the movie is actually F9, instead of Fast and The Furious 9. And here’s the hook: John Cena is playing Vin Diesel’s brother, and they are not on good terms. Ever since it was announced that Cena would be joining the Fast and Furious cast, fans have shown curiosity around his role. After the release of its first trailer, it is safe to say that both the fans of the franchise as well as the wrestling fans are in for a treat. Who doesn’t enjoy a gripping and violent sibling rivalry on the screen, anyway? However, don’t let the family drama divert your attention from the real antagonist. Enter Cipher (Charlize Theron). Fans of the franchise might recall that she’s the villain who’s been pulling all the strings for the past couple of movies. As expected, in this trailer, you can see her vindictive streak alive as she continues to manipulate and fuel Jakob’s (Cena) hatred for Dom. One of the things that have been revealed in the trailer includes a significant time jump. So, when we finally meet the characters, we’ll discover that at least a couple of years have passed since their last venture. Also, Han is back! Our favourite character is reuniting with his partner Dom, which makes this beast of a movie an interesting ride for sure. Watch the trailer and tell us what you think. Are you excited to see Dominic Torretto back on screen?

An era comes to an end as Britain finally frees itself from the 4-decade long relationship with the European Union. Hundreds of people gathered in Downing Street to mark the new beginning as powerful and emotional speeches in favour of Brexit were delivered. Just like the referendum the public was divided as some celebrated the exit while others mourned the government’s decision to do so. One hour before the chimes of Big Ben announced the historical moment in Europe, Prime Minister Boris Johnson tweeted for the nation, promising to take them “forward”. He said, “For many people, this is an astonishing moment of hope, a moment they thought would never come. Check out the full video of the celebrations."And there are many of course who feel a sense of anxiety and loss. "And then, of course, there is a third group - perhaps the biggest - who had started to worry that the whole political wrangle would never come to an end. He admired the European Union for all their efforts but said that the organisation no longer suited Britain and that is why the country has decided to say goodbye. Pubs and other public places across the UK organised parties to celebrate Brexit as speeches were delivered and songs were sung to show the support for the decision. However, Pro-EU and anti-Brexit parties organised protests to oppose Brexit and candlelight vigils were held in Scotland as it was one of the countries that did not vote in favour of the referendum.

Qiang Marks Revenge For Her US Open Defeat

Wang Qiang takes the lead by defeating Serena Williams with 6-4, 6-7(2-7), 7-5 in the third round of the Australian Open 2020 on Friday. This major upset marks the end of William’s quest for a 24th Grand Slam and registers Qiang for the event’s fourth round for the first time. The opening set witnessed no break of serves till 4-4 as both the players managed to hold them. However, Qiang soon took over the first set with three break chances against Serena Williams and earned two set points. Williams’ defense, on the other hand, was weak and aggressive on the second serve, which made her lose the first set to 6-4. As the second round commenced, Qiang earned three breakpoints, and her spectacular defense was a treat to witness. Similarly, Williams also demonstrated a great play and the set was forced to a tie-break. However, Williams claimed the second set as she secured 7-6 (7-2) in one hour and four minutes. Qiang stunned Williams by closing the deciding set with 7-5 and booked a spot in the fourth round after battling it out with the Tennis Queen for 2 hours and 42 minutes match, sports news reports. Interestingly, this event also marked Qiang’s revenge for her US Open 2019 6-1, 6-0 defeat to William.