Barista Who Enforced Rules Earns Over $80K As Tip

Recently, a Starbucks barista was shamed by a customer when he asked them to wear a mask. This story got viral and the barrister ended up receiving $80K in virtual tips.

Lenin Gutierrez was working on his regular shift at a San Diego Starbucks café on a Monday morning when this entitled woman walked in without wearing a mask. When she was placing the order, Gutierrez politely asked her to wear a mask. He was only just about to show her the company guidelines which mandated the customer to wear a mask to place the order when she began cursing him left right and centre.

This is when the customer took a photo of him.

"Meet Lenen from Starbucks who refused to serve me cause I'm not wearing a mask. Next time I will wait for cops and bring a medical exemption.” – She posted.

Gilles wasn’t immediately available for a response. Instead of receiving a backlash, Gutierrez starting receiving support in the form of virtual tips.

"When I realized who it was I just thought 'wow, she really blasted me on Facebook. I started reading the comments and just laughed at the memes people created about this 'encounter in the wild.” – Gutierrez said while speaking to CNN.

Some people even wished to visit him at the coffee shop to grant him special tips. One of the people who were truly moved by his steadfast stand was Matt Cowan. He was upset because he was “being bullied for doing the right thing.”

Hence, he started a GoFundMe titled "Tips for Lenin Standing Up To A San Diego Karen"

“People aren't asking you to do a lot, they're asking you to wear a mask for your safety and the safety of others. Starbucks has also set up other ways to get coffee if you aren't comfortable wearing a mask." – said Cowan while speaking to CNN.

"I thought it was heartwarming to see Matt created a GoFundMe for me, even though we didn't know each other." – said Gutierrez.

"I felt baffled and honored to receive so much support and love when it was at $1,000. The fact that now it went over $65,000, I don't know how to truly vocalize how grateful and blessed I feel with this opportunity everyone has given me." – He added.

He has revealed that he will be using this money to pursue his lifelong dream of becoming a dancer. 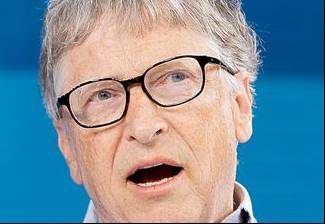