Daft Punk Faces and Shocking Details of Their Split after 28 years!

End of an era!

Daft Punk, widely known for their most influential dance tracks Get Lucky, Lose Yourself to Dance, etc. have decided to split up after 28 years of their career together.

The duo announced the news in an eight-minute cryptic video called “Epilogue” imitated from their sci-fi 2006 movie Electroma.

In the video, musicians Guy-Manuel de Homem-Christo and Thomas Bangalter, dressed in their signature robot costumes, said their final goodbyes in a dessert before one of them blew up into pieces.

The video ends with a sober note as we see a sunset, and Daft Punk’s song Touch playing in the background with graphics that read, “1993- 2021.”

Formed in 1993 in Paris, the group rose to popularity with their monumental albums like 1997’s Homework and 2001’s Discovery and tracks like Around the world and One more Time. The duo gained world-wide recognition with their song Get Lucky, which also won them a Grammy Award.

In 2016, Daft Punk returned to collaborate with The Weeknd on two other major hits: I Feel it Coming and Star Boy.

Long before they came to be known as Daft Punk, they used to play rock music under the name of “Darlin.”

Musicians Bangalter and Homem-Christo were school buddies, who started composing music together as teenagers.

They changed the group’s name following the negative reception on their first track. Later on, the duo also decided to change their entire strategy and focused only on electronic music, referring to themselves as Daft Punk.

But why Daft Punk? You may ask.

A review published in Melody Maker called their music “a daft punky thrash,” which inspired them to make it their identity and own it even more.

Their second incarnation worked, as they received major success with their 1996 album Homework.

A decade passed and the group continued to ring up success after success, including a noteworthy performance at Coachella in 2016.

Since the news of their split broke out, fans and fellow musicians have been sending their tributes to the fallen group, wishing them luck and prayers.

Here’s how fans and celebrities are reacting to the Daft Punk break up:

Their last album together was in 2013 titled Random Access Memories, which they dedicated to live instrumentation and American history of disco and funk. The album turned out to be a major success, winning them several Grammy Awards and making Daft

Now that the duo have broken up, you might be googling “Daft Punk faces” to seewhat how they look like. Yeah, we get it!

Just like covering the face with bandages has been The Weeknd’s style during the After Hours period, donning iconic robot helmets has been Daft Punk’s vibe, since like, forever! They were pretty much known for their helmet-headed appearance! Yes, there are humans in there, if that’s what you’re wondering!

Since the group’s inception, we have seen Daft Punk in their formal robot attire in almost all of their public appearances, driving people curious about their actual faces.

They even claimed that they have met an accident to use it as a backstory of their helmets.

We have gathered some pictures that reveal Daft Punk actual faces: 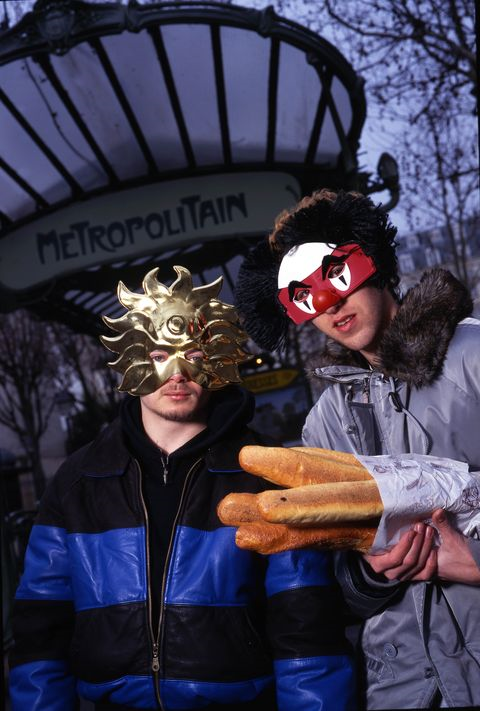 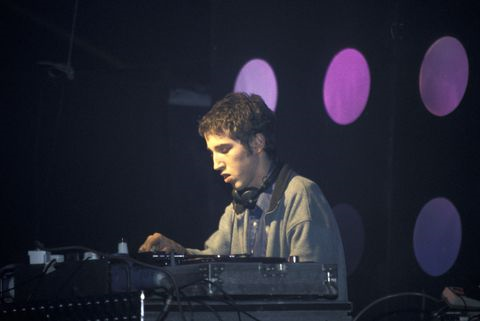 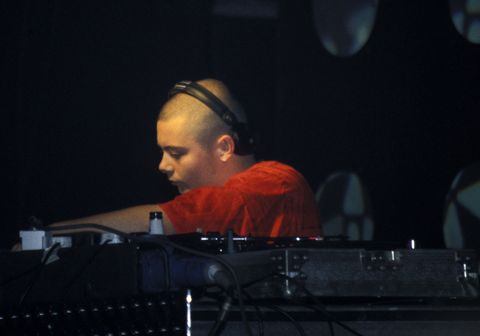 There’s even a video of them performing at a rave, you just have to look hard enough to find out:

RIP, Daft Punk! Thank you for the wonderful music!

Like our Facebook page to learn shocking details about Daft Punk and the reason of their split.