We bet you can’t recognize these celebrities in their Halloween look!

Let’s just admit this: nobody can pull off a Halloween costume better than celebrities!

After all, these crazy-rich humans have billions and millions of dollars, expensive stylists, professional makeup artists and amazing costumes at their fingertips to make their spookiest Halloween costumes come to reality!

However, every year there are some celebrities who take this Halloween game to a whole GODDAMN new level! Their dress and makeup are so on-point that they are hardly recognizable! When you have a hard time recognizing a celebrity in their Halloween makeup, you know this one celebrity deserves the Halloween crown!

Some celebrities’ costumes are cute, hilarious, and creative and some are just straightway CREEPY! After all, it’s Halloween, and everyone is entitled to have a good scare, right?

Let’s see how many of you can recognize the following celebrities in their Halloween look: 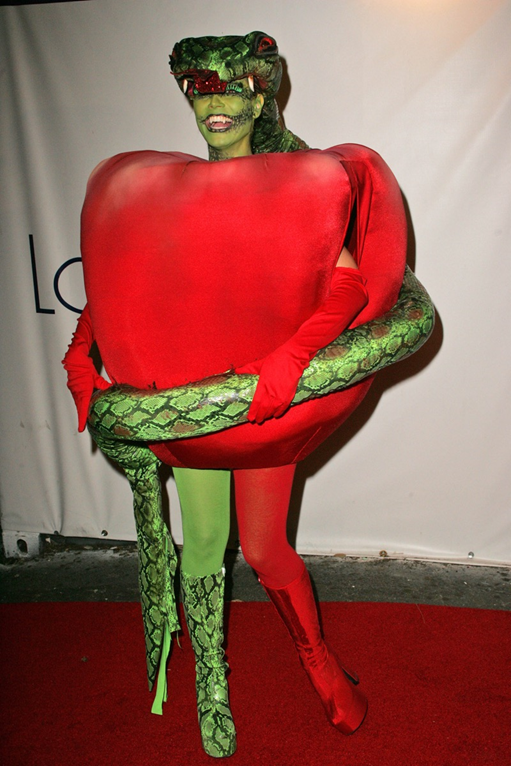 If you’ve guessed Heidi Klum, you’re absolutely right! The ultimate queen of Halloween is dressed up as the forbidden fruit from the biblical tale of the Garden of Eden, and we all want to have it! 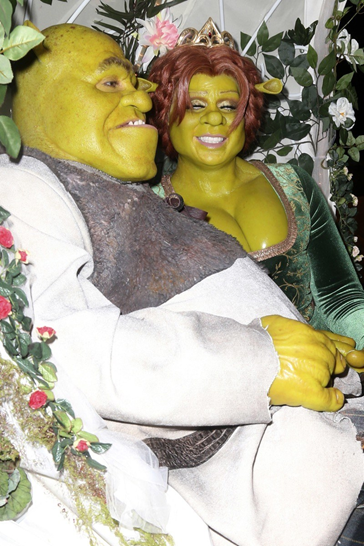 Gave up? Well, they are none other than Klum and her husband, Tom Kaulitz, awesomely pulling off Shrek and Princess Fiona. 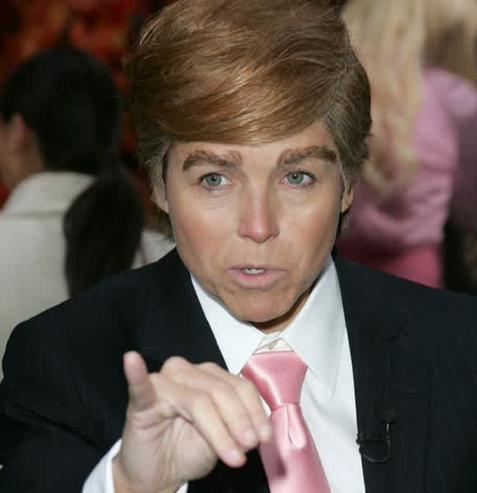 Yes, she’s Katie Couric marvelously transformed into a young Donald Trump back in 2004… 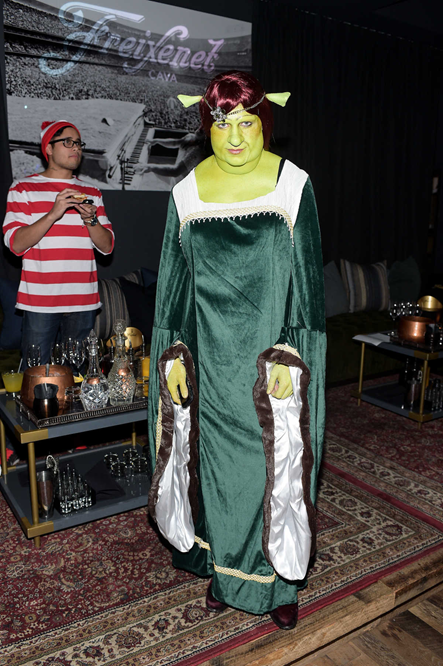 Yes, Colton Haynes, we got it!! You take Halloween very seriously! 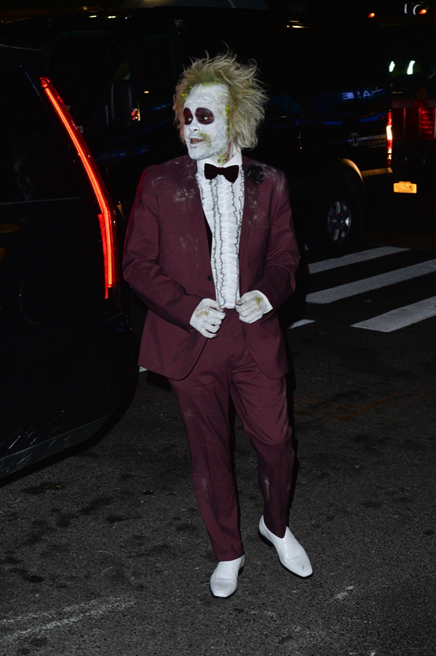 If you call “Beetle Juice” three times, Weekend might come running towards you! The weekend’s 2018 Halloween Tim Burton-inspired look. 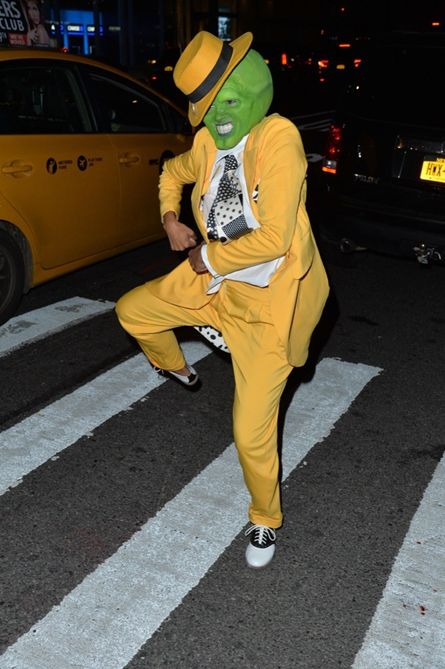 So who’s behind the mask? It’s our beloved star from Vampire Diaries Kat Graham dressed up as the Jim Carrey in 2018. I bet you’re still struggling to recognize her! 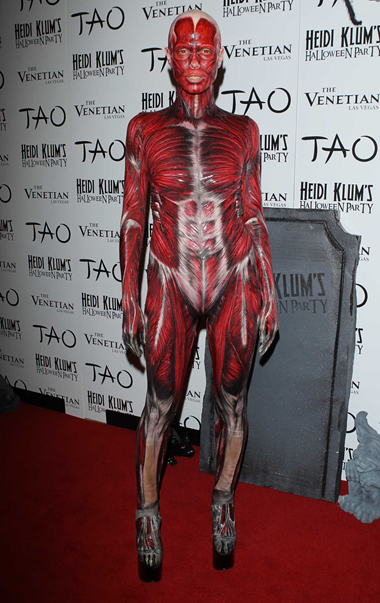 This is Heidi Klum again dressed/undressed as a skinless body! Whoa! 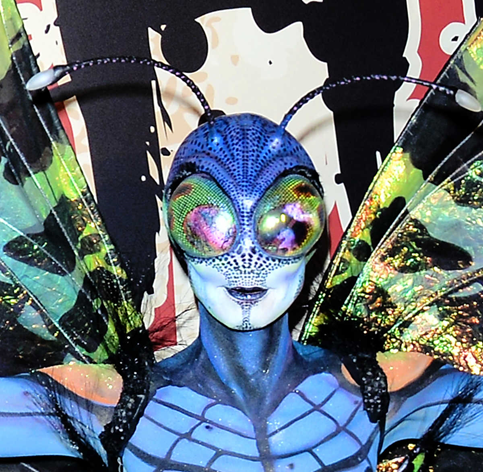 Just hand over the crown to her already! 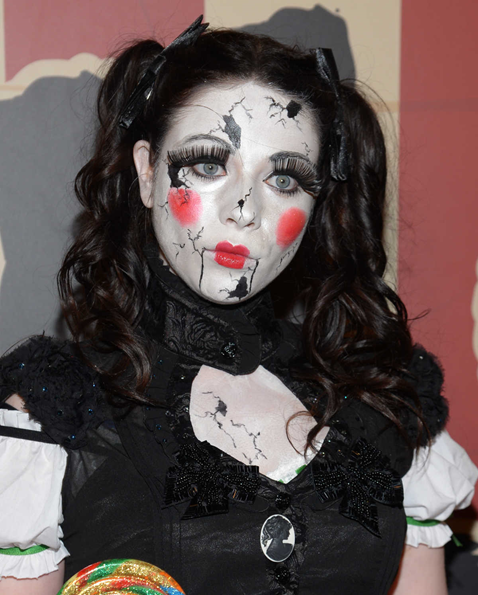 Dressed as a creepy antique doll in 2014. 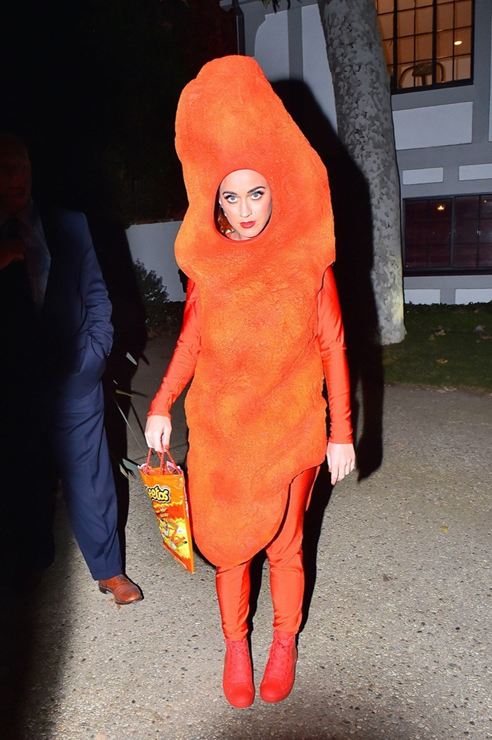 This one is quite easy to recognize!

But full points on creativity! Katy Perry in a Cheetos costume… after all, ‘you are what you eat!’

So how many of these have you guessed right? Tell us in the comment section!